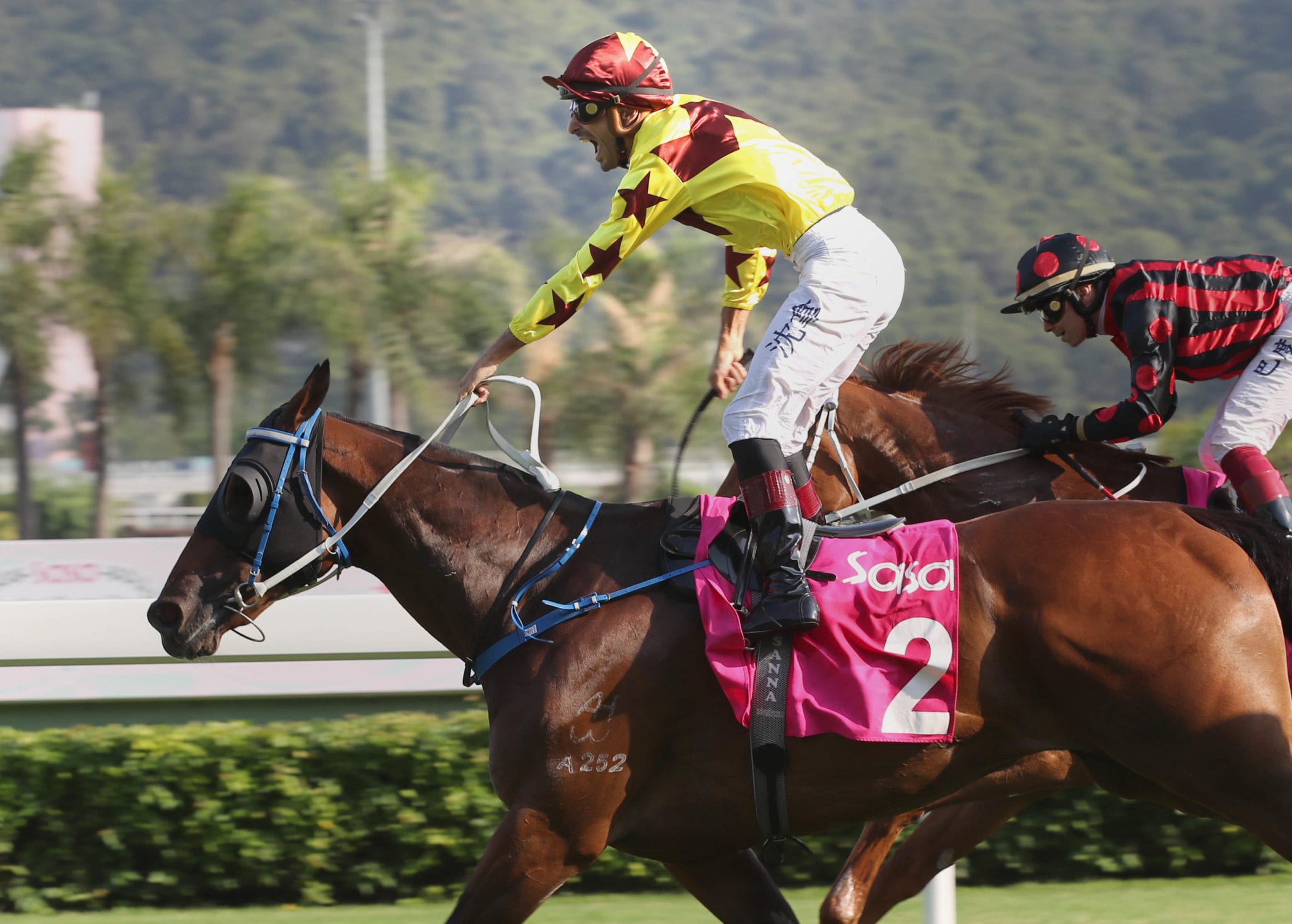 The Caspar Fownes-trained victor passed the post a neck to the good in a track record time of 1m 45.25s, dipping 0.16s below the all-time mark Nassa set in the 2017 edition of this race.

“This morning I talked through the race with Caspar and the plan was to sit between fourth and sixth, but my worry was that he would be stuck wide,” the Italian explained. “I asked him if I could charge the horse from the start to come across and then let him relax. I know that he’s the kind of horse that needs to breathe into the corner so that became the plan.”

Sanna executed the plan to perfection from his gate nine starting point, snaring a rail berth, cruising along in the front-running Time Warp’s slipstream and then driving past that rival to a well-deserved feature success.

“He’s been in good form so I was really positive about this and everything went to plan,” Sanna said.

It was the rider’s first Group race win in Hong Kong and some reward for the tough days of last season when he had to go through rigourous rehabilitation from two separate fracture injuries.

Fownes was not on hand to enjoy the moment: he was in Melbourne for a few days at the Spring Carnival.

“I think he can go either distance because earlier this year he finished off nicely against Exultant (at 2000 metres),” Sanna said after this afternoon’s win.

Champion Stayer Exultant (133lb) ran a fine race first-up for the season. Trainer Tony Cruz’s three-time Group 1 winner was outpaced on the turn but closed to finish third, a length and a quarter back.

“He ran very well, it seemed to me that he was fresh and very happy, we found an easy lead and he kept fighting in the straight. I was very happy,” the Frenchman said.