Horse racing is the core wagering sport in betting offices in the United Kingdom and an important element of the service provided by online bookmakers. Horse racing and related services in the supply chain are major employers and make a significant contribution to the UK economy. Racing attracts the second-highest number of spectators of any sport in the UK, after football. The major carnivals and festivals on the Flat and over jumps have an international appeal and are important dates in the sporting calendar in Britain and Ireland. The interest in the sport has created a need for profitable UK horse racing tips. 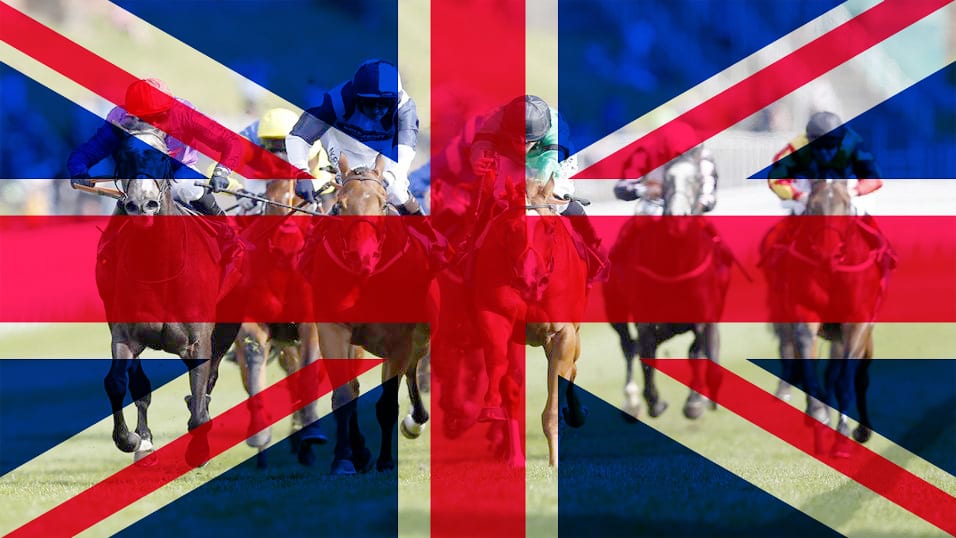 Most of the major operators that offer betting on UK horse racing have launched downloadable mobile apps. The best betting apps can be downloaded from the appropriate stores for iOS and Android devices. The website can be installed on mobile phones and tablets as long as the browser is mobile-optimised. The top betting apps also allow users to claim any available horse racing bonuses and enjoy the benefits of ongoing promotions for existing customers. Betting apps have a live betting interface and some offer live streaming of UK horse racing as part of the service.

Customers can activate a wide range of free bets and bonuses at online bookmakers that cover UK horse racing. Many racing bookies offer welcome packages for new players that may include deposit matches, bet matches, or no-deposit bonuses. Potential new customers must register, make a qualifying deposit, or place a qualifying bet to activate the best UK horse racing bonuses. The signup procedure may also require punters to enter a promo code or bonus code to claim the bonus or free bets. All UK horse racing promotions come with terms and conditions, which may include wagering requirements and qualifying bets at minimum odds. The best free bets and bonuses provide a good incentive to register, deposit funds and bet on UK horse racing.

Organised horse racing has taken place in Britain since 1519, though there were unofficial races and matches during the Roman era and up to the Middle Ages. Interest in horse racing grew during the 16th, 17th and 18th centuries, which saw the sport become more formalised during the next century when many racecourses and races were established. The Grand National was first run in 1839, enclosures were created and festivals were added to the programme. All-Weather racing and evening fixtures have been the major developments of UK horse racing in the modern era. Betting offices first showed live TV racing in the 1980s when previously there had only been an audio service. All UK horse racing fixtures are now streamed live online. 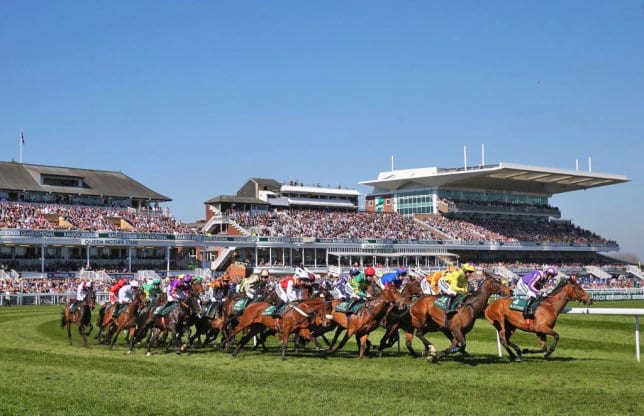 The governing body for horse racing in the UK is the British Horseracing Authority (BHA). This organisation and former bodies took over from The Jockey Club as the regulator for the sport in 2006. The Jockey Club is now a commercial organisation that owns and runs 15 racecourses in the UK, including major venues such as Aintree, Cheltenham and Epsom.

The BHA’s objectives are to “provide the most compelling and attractive racing in the world; be seen as the world leader in race day regulation; ensure the highest standards for the sport and participants, on and away from the racecourse; promote the best for the racehorse and represent and promote the sport and the industry”.

The sport also receives input from owners, sponsors and horsemen’s group. There are different vested interests which have led to disagreements and contention. The BHA is now the umbrella organisation that tries to bring together the various interested parties for the overall benefit of horse racing in the UK.

How does UK horse racing work?

Horse racing is a 12-month sport in the UK. The only blank days are Christmas Day and a few other dates around the winter holidays. In 2019, the racing industry contributed almost £4 billion to the British economy. One of the appeals of the sport in the UK is diversity in the types of racing and tracks. The mechanics of British horse racing can be broken down into three key areas, as outlined below.

There are three types of UK thoroughbred races. 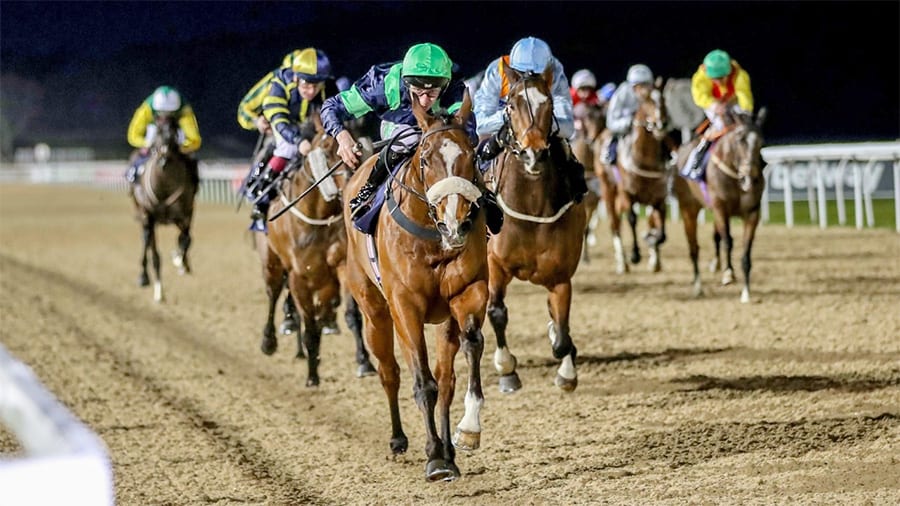 There are three elements of the UK horse racing calendar:

All UK horse racing fixtures take place under one of these codes.

The most active and significant personnel in UK horse racing on race day are the jockeys, trainers, stable staff and owners. These individuals are known collectively as the ‘connections’. The UK horse racing owners could be a syndicate, which is a group of people who share the expense and prize money. Connections gather in the centre of the parade ring before the race. Horses are led around the parade ring by stable staff before and after the jockeys mount. Connections of the winner and placed horses meet in the unsaddling enclosure after the race. The winning owners are presented with a trophy and the jockey, trainer and stable staff are given commemorative prizes. In some races there is a prize given to stable staff for the horse that is best turned out. This UK pre-race and post-race procedure is replicated in other racing jurisdictions around the world.

Attractions of UK horse races include the variety of UK horse racing courses, the range of feature races over jumps and on the Flat, and the diverse racing festivals across both main codes. Besides the dedicated venues for Flat, National Hunt and All-Weather racing, there are also mixed tracks that offers both jumps and Flat racing.

The most prestigious Flat races are the Classics: 2,000 Guineas, 1,000 Guineas, Oaks, Derby and St Leger. The most important jumps races take place at the Cheltenham Festival in March: Champion Hurdle, Champion Chase, Stayers’ Hurdle and Cheltenham Gold Cup. The Ebor is the richest Flat handicap in Europe and the Grand National is the most famous jumps race in the world.

Royal Ascot is the most prestigious Flat meeting in the world. It is as much a social occasion as a race meeting and the Queen of the United Kingdom attends each day. The Royal Ascot meeting features 30 races over five days during the third week in June. The meeting brings together the best horses from the UK, other parts of Europe and the rest of the world.

Glorious Goodwood is a summer festival over five days at the end of July and the start of August. There has been a significant boost in prize money in recent years, and that has improved the overall quality of the horses and races. The highlight is the Sussex Stakes, which is a mile race for horses aged three and older.

The York Ebor meeting is staged over four days in the middle of August. The signature race is the Ebor Handicap, which has a prize fund of £1,000,000 and is a trial for the Melbourne Cup. The International Stakes is one of the best Flat races in the world based on ratings and the Yorkshire Cup is one of the major staying races of the season.

The Kempton Christmas Festival takes place on Boxing Day and the following day. It features the second-most important hurdle and chase after the Champion Hurdle and Cheltenham Gold Cup. The winners of the Christmas Hurdle and King George VI Chase often become the favourites for the championship races at Cheltenham a few months later.

The Cheltenham Festival is the biggest betting meeting of the year in the UK. The four-day carnival in the second or third week of March brings together the best jumps horses trained in Britain and Ireland. There are championship races for hurdlers and chasers over a variety of distances, as well as a cross-country race, a champion bumper and competitive handicaps.

The Aintree Grand National meeting has developed into the second-most important jumps card of the season. It is staged in the first week of April unless that coincides with Easter, in which case the meeting is pushed back a week. The three-day festival features 12 Group 1 races, the most famous of which is the Grand National Steeplechase.