Everyone is an expert. Everyone reckons they have the winner. Every horse in the field is a chance, depending on who you speak to.

This is the story of the biggest race on the Australian thoroughbred calendar – the Melbourne Cup.

When it comes to the Melbourne Cup, you don’t have to be a horse racing expert to have a bet — it is the race that brings a nation together.

Whether its grandma Beryl dropping a fiver on the horse that has the name she likes the most, or hardened punters splurging the big bucks on curious exotics, every one is united on the bet during the three and a half minute, two mile race as they cheer their charge home.

What is the Melbourne Cup?

The Melbourne Cup is the world’s richest handicap race, with a prize pool in excess of AUD$7.75 million available to the 24-horse field. It is raced over 3200 metres and open to horses aged three years and older.

Being that it’s a handicap event, the best horses are allocated weight penalties in order to level the playing field. The minimum weight is 49 kilograms, while the top weight must carry 57 kilograms or more. The handicapper declares the weights and then will allocate penalties – i.e., more weight – if any of the nominated runners win further big races in the lead up to the cup.

The Melbourne Cup race is held on the first Tuesday in November at the storied Flemington Racecourse in Melbourne, Australia. It is the main event of the Melbourne Cup Carnival (the Cup, the Derby, the Oaks and Stakes Day), which is part of the broader Melbourne Spring Racing Carnival.

Entries for the Melbourne Cup close during the first week of August. If there are more than 24 nominees, horses are balloted, with factors such as prize money, results in recent races and handicap weight taken into account to exclude runners.

Odds for the 2022 Melbourne Cup

Annabel Neasham
ᐅ
6. Without A Fight

Best bookmakers for the 2022 Melbourne Cup

Any bookmaker worth their salt will have a number of bonuses and specials available in the lead up to the Melbourne Cup.

So which online book is going to deliver the best service for you?

Best Bookies for the Melbourne Cup

The truth of the matter is, the bookmakers we recommend all bring their absolute A-game to the Melbourne Cup.

Whether it’s Ladbrokes, Bet365 or Neds, you’re going to get a quality service, quality bonus offers and more.

So what we recommend is that you have an account with each and every one of them, to ensure you are getting the best odds on your big Melbourne Cup tip.

It costs nothing to open an account at these online bookmakers and once you have one, you’ll be able to compare odds, take advantage of the best specials available to you and make sure that you’re maximising every cent you punt on the big race.

Tips on how to bet on the Melbourne Cup

We mentioned it’s the biggest single punting event in Australia and we weren’t lying. Australians drop more than $200 million on the race each year – that’s about nine bucks per head of population. It’s an amazing figure, but there are riches to be made.

Because there is rarely a sure-fire winner, win and place odds are superb even at the top end of the market. With outsiders often sneaking into the top four, exotics can run into the hundreds of thousands of dollars. 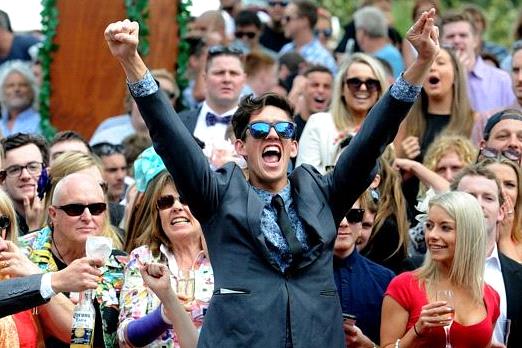 Outside of the major betting companies, there are often cup sweeps, usually at workplaces or gatherings of friends and families, where people can buy in and get random horses drawn out of a hat. Winners and place getters usually get the spoils of the prize pool, and the last place getter will usually get their money back.

Here’s a short list of some of the ways you can bet on the Melbourne Cup:

Quick tips for betting on the Melbourne Cup

Winning the Melbourne Cup does not guarantee legend status. Some horses, for whatever reason, become household names. Others win the race and then fade into obscurity. It’s all about the story in most cases. The tear jerkers or the super winners often make their way into the nation’s collective heart.

Here are some of our best and brightest winners: