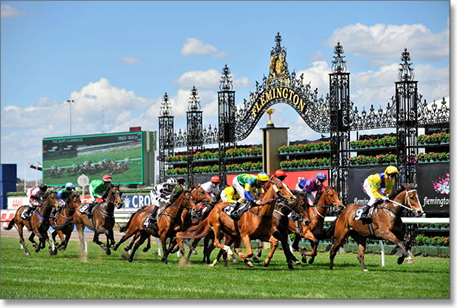 Melbourne, Victoria owns the largest, most prestigious and esteemed metropolitan racecourse – Flemington. Flemington hosts the biggest thoroughbred racing event to take place each year; the ‘race that stops a nation’ – the Melbourne Cup. The Caulfield Cup and the WS Cox Plate are also significant events on the Victorian racing calendar.

Racing Victoria Limited is the adjudicating body for all racing events in the state, while the Victoria Racing Club (VRC), the Melbourne Racing Club (MRC) and the Moonee Valley Racing Club are the three chief administrating organisations of metro events at the following four race tracks:

New South Wales racing is overseen by the NSW Thoroughbred Racing Board. The Australian Turf Club (ATC) administers all metro racing events within Sydney and its surrounding suburbs. Metropolitan racing takes place at the following four major racecourses, which host events such as the Golden Slipper and the Doncaster Handicap:

Queensland racing is governed by the Queensland Thoroughbred Racing Board, and there are two major metropolitan tracks in the state of Queensland, both operated by the Brisbane Turf Club:

Thoroughbred Racing S.A. Limited is the overseeing body to govern all racing events in SA, while the South Australian Jockey Club is the chief body for metro events, and feature races include the Goodwood Handicap and Adelaide Cup. The metropolitan tracks are:

In Tasmania, the Tasmanian Thoroughbred Racing Council (TTRC) is the officiating body to govern the racing industry, and major races include the Hobart Cup and Launceston Cup, which take place at the following metro tracks:

Provincial and country horse and harness racing tracks in Australia 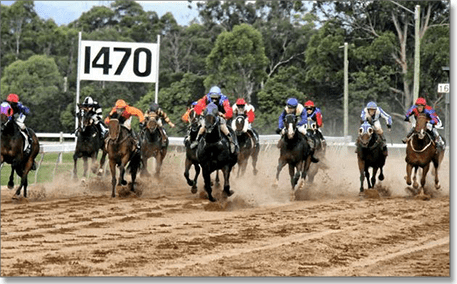 Saturdays are considered the main days for racing in Australia, however there are many metro, provincial and country midweek racing events, too. Major metro meetings usually coincide with public holidays. Chief racing carnivals around the country are held at different times throughout the year:

The Melbourne Spring Racing Carnival, which hosts Melbourne Cup Day, Derby Day, Oaks Day and Stakes Day, always receives the largest attendances which are often in excess of 360,000 spectators for the entire carnival.

Harness racing is also a major sport in Australia, and there are 91 tracks specifically for what is also known as trotting. These tracks hold over 1,900 meetings each year.