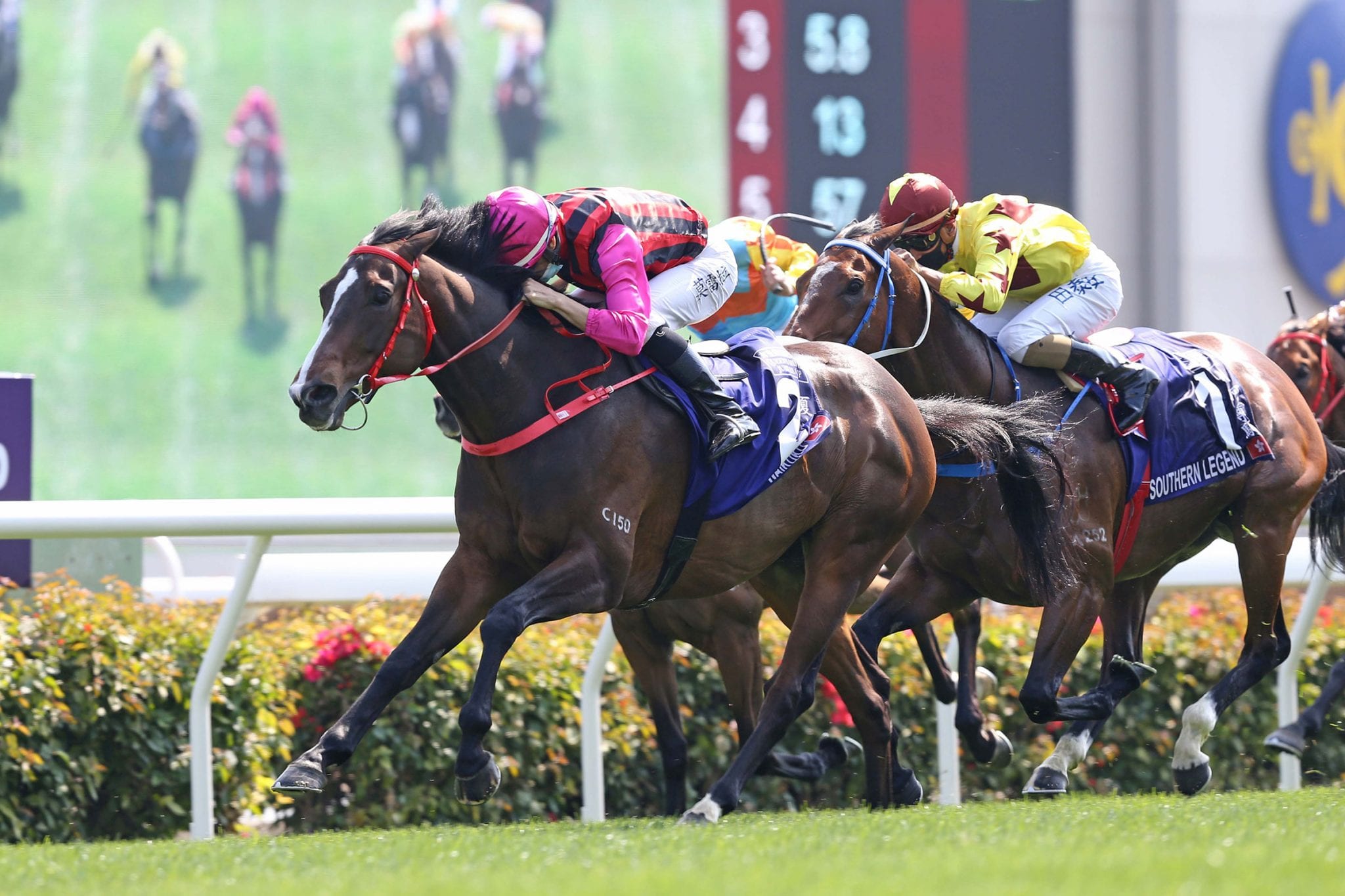 Joining John Moore, who retired at the end of the 2019/2020 season with a record 1,735 victories, and Tony Cruz, who has amassed 1,329 wins, as the only trainers to have prepared 1,300 Hong Kong winners, Size continued an excellence which has become his trademark with Waikuku and Joao Moreira.

The six-year-old notched his second elite triumph after stalking main rival Southern Legend into the straight before easing to a one and a quarter length margin over Caspar Fownes’ charge. Mighty Giant was third.

In typically self-effacing style, Size attempted to deflect attention post-race as Moreira spoke glowingly about the Australian’s attention to detail and work ethic.

“It probably means I’ve been here a long time and I’m doing my job well,” Size said, reflecting on his move from Sydney to Hong Kong in 2001.

“Every achievement along the way in your career is meaningful.

“I couldn’t have imagined that in my wildest dreams. Obviously, it’s been a good move – very good for my career – and I hope is that I can do a good job for customers.”

At 66, the quietly-spoken horseman remains at the apex of his powers and his ability to nurse horses back into health and form remains a hallmark of his operation.

Waikuku, who had not saluted since the Group 1 Stewards’ Cup (1600m) in January 2020, overcame a string of minor ailments to return to winning form.

“He had some interruptions earlier in the season, he had a temperature and he was out of work for quite a while,” Size said.

“Back to 1400m was probably pretty suitable for him with our competition just at present and he likes a fast track, so he was able to run some time.

“So, he had a couple of advantages today that he doesn’t normally get so he was able to win the race convincingly.”

Size previously won the Queen’s Silver Jubilee Cup with Contentment in 2016 and Electronic Unicorn in 2004.

Moreira praised both Size and Waikuku.

“He’s such a genuine horse, we know his finish is quite strong.

“We had a good start, we tracked the right horse. I was confident about my bloke and when I pulled him out in the straight, I knew he was going to be the strongest and he didn’t let us down.”

Regarding Size, one of his staunchest allies, Moreira said: “All the success he’s had so far, he works so hard, he deserves it.

“Being associated with such a successful trainer, it’s a privilege – I’m so proud of it.

“I hope this association can last as long as possible.”