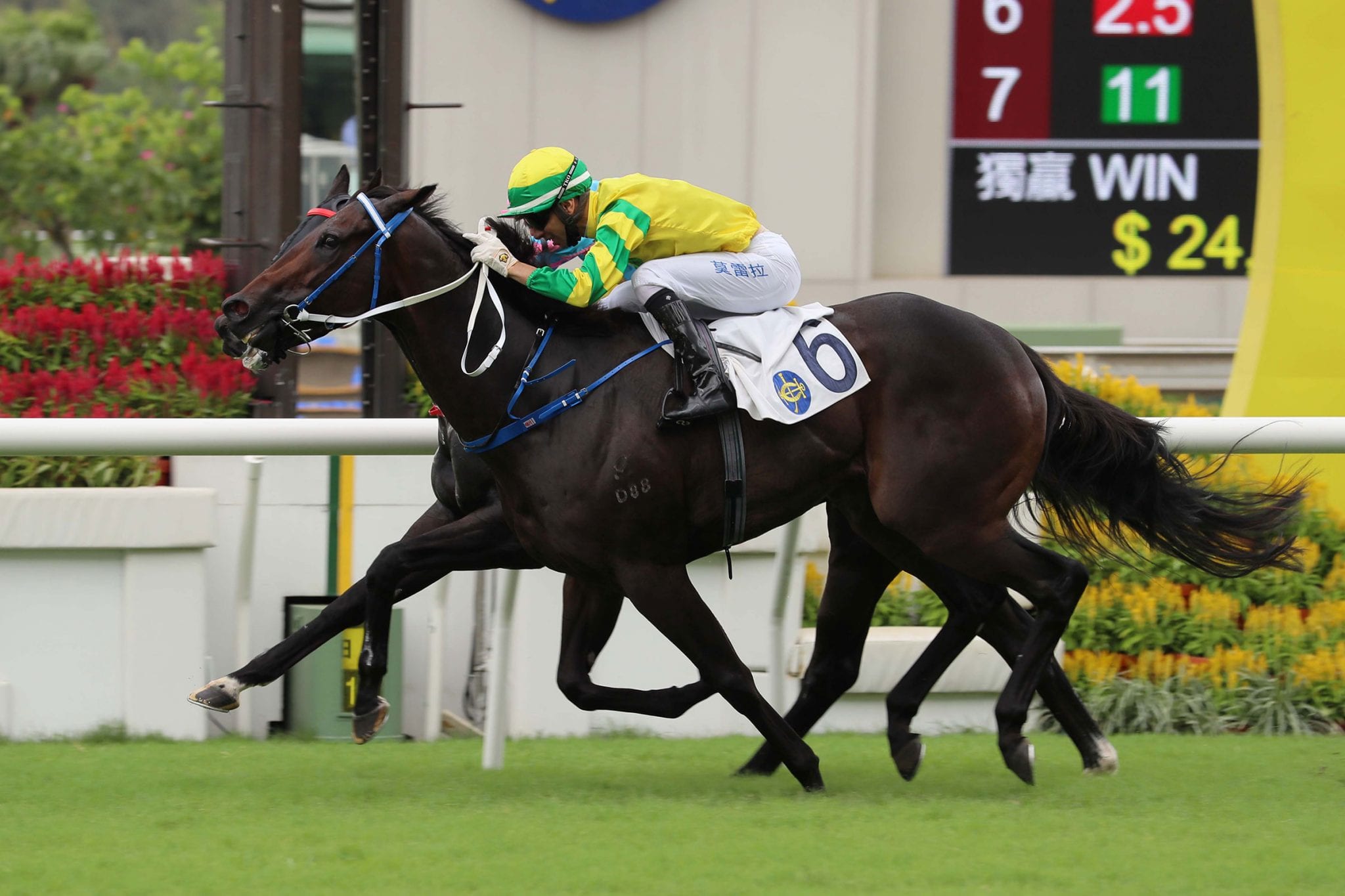 With the Hong Kong trainers’ championship hanging in the balance, Caspar Fownes is optimistic a star-studded arsenal – headed by BMW Hong Kong Derby winner Sky Darci – can deliver vital breathing room in his tussle with John Size at Sha Tin on Sunday (20 June).

In quest of a fourth trainers’ crown – and his first since 2013/14 – Fownes is double-handed in both of the features with Sky Darci and Sky Field tackling the Premier Cup Handicap and Southern Legend and Columbus County vying for the Premier Plate Handicap.

Fownes has no concerns with Sky Darci’s capacity to drop back to 1400m after victory in the Group 3 Lion Rock Trophy Handicap (1600m) at Sha Tin on 30 May.

“He’s a tough horse and he keeps improving. Obviously, the drop back from the 2000 (of the Hong Kong Derby) to the mile is always a little bit of a risk but the horse was in great form coming into that race and he got the job done.

“Obviously, we’re bringing him back another furlong but again, I think it’s not an issue. The horse is fresh and hopefully he’ll give us a big effort again.”

Moreira concedes Sky Darci faces another serious challenge as the four-year-old bids for his eighth win at his 14th start.

“He’s going to be tested once again. When they (horses) get that high in rating (113), they don’t have much option but to race against those other good horses. At the end of the day, I have a lot of faith in this horse and I believe he’s not going to let us down,” he said.

The Brazilian also has complete faith in Sky Darci’s versatility, a quality evidenced by three victories at 1200m, one at 1400m, two triumphs over 1600m and, most famously of all, BMW Hong Kong Derby success at 2000m.

“Coming back in distance, second-up, I don’t think is going to be a problem.”

“He’s going to give it a big run because he’s always got a big sectional in him. He just has to understand that he has to start to man up a little bit now and start to settle in his races and once he starts doing that, then you’re going to see a serious horse,” Fownes said.

“He seems to have taken a chill pill recently, so hopefully we’re on the right track to having a serious horse in the coming season.

“You’d always like the pace on, both horses can attack the line. A horse like (Sky) Darci, I think he’s going to run very well in this race even though he’s coming back in trip. He’s very honest and he does not know how to run a bad race. Both my horses are in good form, it’s been a long season, everyone is getting tired and so are the horses so I just hope we can get one more good effort out of them.”

Fownes is bullish about the hopes of Southern Legend in the Premier Plate Handicap, where the 2020 Group 1 FWD Champions Mile winner will be partnered by Zac Purton.

“Southern Legend is a beast, he’s well and he just wants to go and race. He’s in great form. He’s carrying 133 (pounds) but he’s a bloody brute, he’s so tough and tenacious and I think he’ll still give it a shake,” Fownes said.

“Columbus County (Moreira) is coming back 600 metres but I’ve kept him as fresh as I can and he’s got a good record over 1800 at Sha Tin. He’s very consistent and there’s no reason he can’t take it up to them.”

Fownes has both Killer Bee and Royal Pride entered for the Class 3 Amber Handicap (1200m) and is confident the former can continue to progress.

“Crazy win (last start), I wasn’t too happy in the first part of the race but the last part certainly showed us what type of horse he’s going to be,” he said.

“Same thing again, he’s drawn out in gate seven – lucky we’re on the A course – and I’d just like him ridden a little bit conservatively and just have him taught a bit better, just to be midfield with cover and see what we’ve got.”