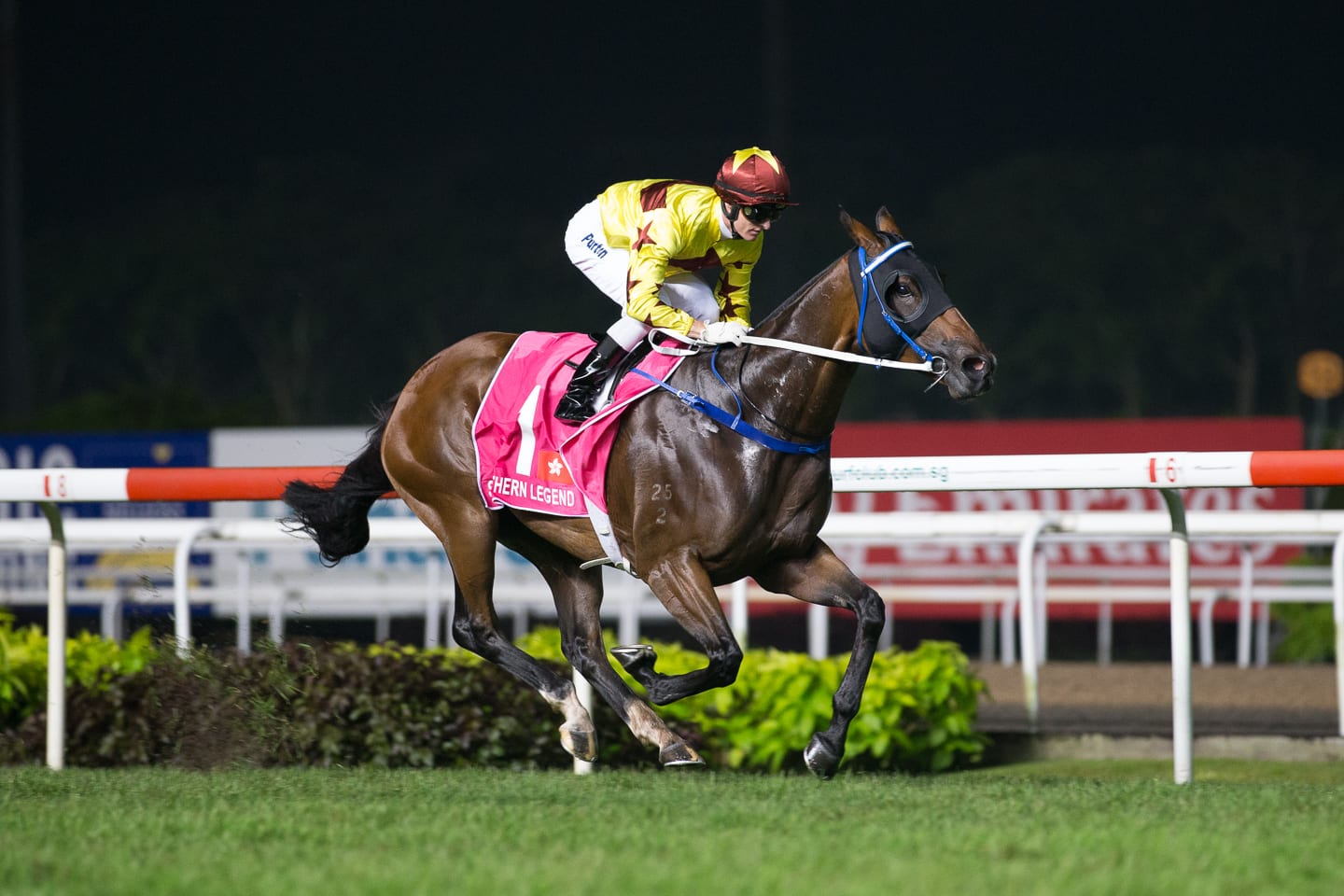 “Southern Legend could be dangerous getting six pounds off the champ,” Fownes said at Sha Tin this morning, Tuesday, 29 October.

“Southern Legend is in good form going into this race. I think he’s there the next few runs to pick up some stake money,” the trainer said.

Alberto Sanna has ridden Southern Legend in his first two races this season and retains the mount on the two-time Kranji Mile winner, who showed elite form at 2000m when runner-up to Exultant in the Group 1 Citi Hong Kong Gold Cup back in February.

“Southern Legend hit the line strongly the other day and he has always looked like he needs further so hopefully this is the right time,” Sanna said. “It’s his third run and some of those big horses are having their first start of the season – Southern Legend has the miles in his legs now.

“It will be difficult but he’s a big hope and last year he finished second to Exultant in the Hong Kong Gold Cup over 2000 metres so why not? The weight is to our advantage.”

The Italian is looking for a notable breakthrough aboard Southern Legend, and takes the view that the seven-year-old did not have an ideal passage behind Rise High last start.

“I haven’t won a race for Caspar yet so hopefully this can be it. I’m very hungry to win races,” he said.

“I was happy with Southern Legend’s last run but unfortunately Beauty Generation was travelling keenly inside of me and he’s a big horse, he bounced me out. At that stage of the race I didn’t want to get unbalanced by pushing him back in: my horse is not as big as Beauty Generation who was pulling strongly. My horse was travelling nicely but not keenly, so if I’d pushed back I could have lost even more ground. I wanted to keep a smooth rhythm and he ran on well for me.”

Southern Legend is slated to carry 127lb while Exultant, stepping out for the first time this term, is burdened with top-weight of 133lb. The 11 entries also include last year’s winner Time Warp (122lb) and last season’s BMW Hong Kong Derby hero Furore (113lb), as well as the Macau-trained raider Sacred Capital (106lb).

Fownes has not yet decided which races Southern Legend and Rise High will contest going forward, with the versatile duo holding multiple entries for the LONGINES Hong Kong International Races on 8 December. Before that, both horses could line up in the Group 2 Jockey Club Mile (1600m) or Group 2 Jockey Club Cup (2000m).

“I’d like to keep them away from each other, in an ideal world,” Fownes said. “The Group 2 races on November 17 will tell me what’s going on and we’ll make the entries for those on Monday (4 November) so we’ll make a decision after Sunday’s race.”

“Southern Legend is versatile, that’s why he has those entries,” Fownes said. “The options are there and both horses are in good form going forward. As long as they’re healthy and fit we’ve got options. We can freshen them up and bring them back to a mile, and we can go to 2400 with Rise High.

“I’m hoping Almond Eye runs in the Japan Cup and doesn’t come here because I wouldn’t want to take her on just yet. She’s just a freak,” he added.