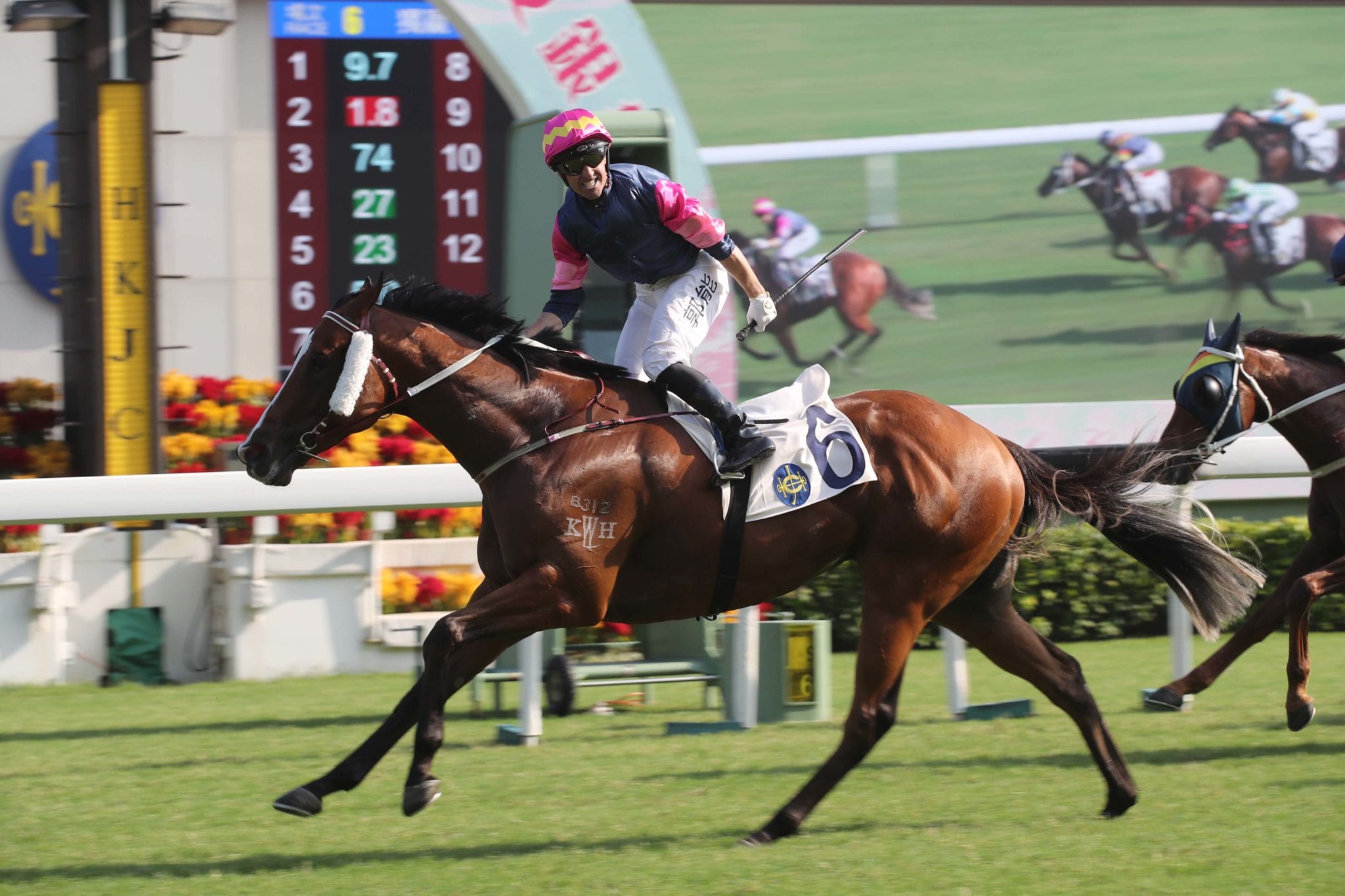 Thanks Forever could make it to the Group 1 LONGINES Hong Kong Sprint (1200m) on 8 December if he can get his rating to a high enough mark in time.

Trainer John Moore said he expected the four-year-old to get “about 10 points” from the handicapper following an easy length and three-quarter win under Neil Callan in the Class 2 Revlon Handicap (1200m) at Sha Tin yesterday afternoon (Sunday, 3 November). The bay was rated 92 for that assignment.

“He’ll probably be a bit short on rating for the Group 2 (Jockey Club Sprint) in a couple of weeks so we’ll look at the programme and see where we can race him – he could still go to the Group 1 in December,” the handler said.

“I didn’t expect him to win like that. I thought he’d stay in the Class so I could run him in a 1200-metre race on 17 November, the same day as the Group 2. I’ll see how he pulls up before we make a decision – I don’t particularly want to take on Aethero in that race.”

Beauty Applause is a work in progress and jockey Joao Moreira again stressed that fact after the bonny chestnut won first-up for the term in the Class 3 Canmake Tokyo Handicap (1200m).

“He’s still on the up but where he’s going to get up to, we’ll find out,” he shrugged.

Moreira was pleased, nonetheless, with the John Size-trained four-year-old. Beauty Applause led the field from gate one and kicked on down the straight to a three-quarter-length score at odds of 1.9.

“The gate helped him a lot but he was much more manageable today than he was last season,” the Brazilian said. “That was his first prep and this is his second so he has improved. He’s a nice horse with a bright future and he has done nothing wrong so we’ll see where he can get to.”

Leisured Feet took the opener, the Class 5 L’Oreal Paris Handicap (1200m), for trainer Chris So and jockey Vincent Ho. The rider doubled up aboard the Francis Lui-trained Cordyceps in the Class 3 La Estephe Handicap (1600m).

Lui was on the mark in the finale as well. Karis Teetan galvanised the trainer’s More Than This to take the Class 2 Eleanor Handicap (1600m). Teetan had earlier hit the target with the Paul O’Sullivan-trained Duke Wai.

The Danny Shum-trained Lucky More (125lb) was touted as a smart prospect for his first career start and was sent off the 1.5 favourite to win the Class 4 Kate Tokyo Handicap (1000m). But the four-year-old was caught close home when Duke Wai (133lb) maintained a relentless run from last at the 500m mark to take the spoils under Teetan.

Grant van Niekerk bagged a brace too. The South African celebrated his nation’s Rugby World Cup success with victories on the Me Tsui-trained Fresh Power in the Class 4 Kose Cosmeport Handicap (1200m) and the Frankie Lor-trained Flying
Victory in the Class 3 Ahava Handicap (1400m).

Apprentice Alfred Chan led all the way to score on the Douglas Whyte-trained Relentless Me in the Class Suisse Programme Handicap (1400m).