Southern Legend is ready for his Kranji Mile defence 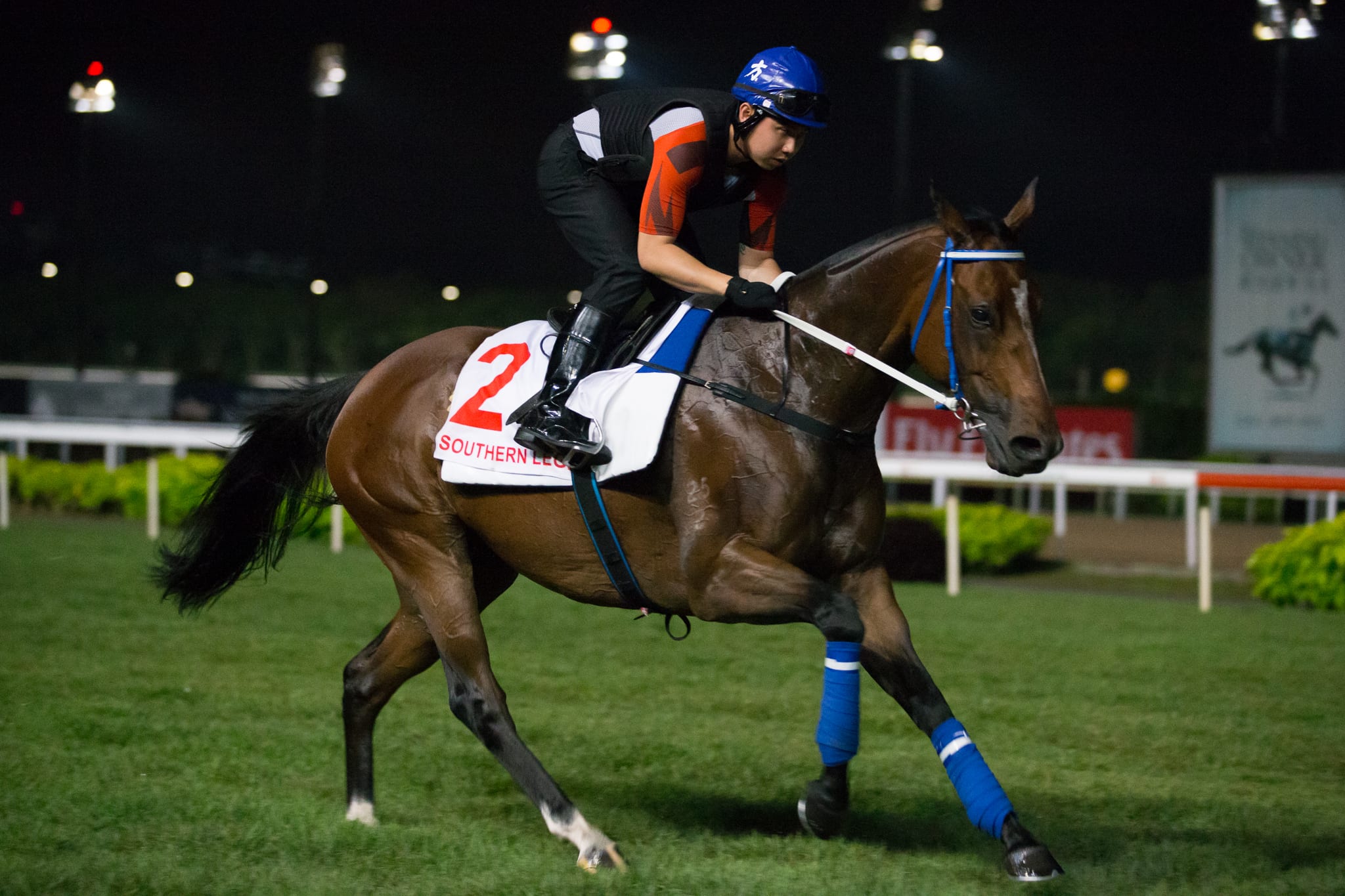 Southern Legend prepared for the defence of his Singapore Group 1 Kranji Mile crown with an eve of race workout on the turf track this morning, Friday, 24 May.

“He’s good – happy,” trainer Caspar Fownes said after watching the six-year-old work a circuit, the bay having limbered up on the backside Polytrack strip. “I did the same with him the other day when I was here and it was good, he’s had a nice warm-up. He looks good.”

Southern Legend was drawn in gate one last year, led the field and kicked to a three-length victory. That came off the back of a career peak third to Beauty Generation in the Group 1 Champions Mile.

This time he will line up in another plum berth, gate two – thanks to owner Boniface Ho’s fine luck at Thursday’s barrier draw – but off a two-month break and needing to banish a seemingly sub-par sixth behind Almond Eye in the Group 1 Dubai Turf (1800m) at Meydan.

“I was just a bit disappointed by his Dubai effort,” Fownes said, “I really felt that he’d be first four all the way and he disappointed me there after looking well. I find him looking great again. He’s eating well, drinking well, temperature’s normal and his bloods look great so I can’t ask for much more – when you’re travelling a horse, that’s all you can ask for.”

The handler, who has bagged four Singapore majors, has opted to re-apply the headgear he dispensed with two runs ago.

“He was fine after the Dubai run, he just didn’t put in, so we’ve put back his equipment here, we whipped it off for the Hong Kong Gold Cup and the Dubai race. He’s back with his visor on, which he’s raced with in most of his successful stints,” he said.

“He’s versatile, we can take advantage of the gate and ride him any way we want. The plan is to leave it to Zac (Purton) – jump well, drive him, get your spot and see what happens. Like last year – you saw what he did!”