Praise For Kendrick After Tarzan’S Win 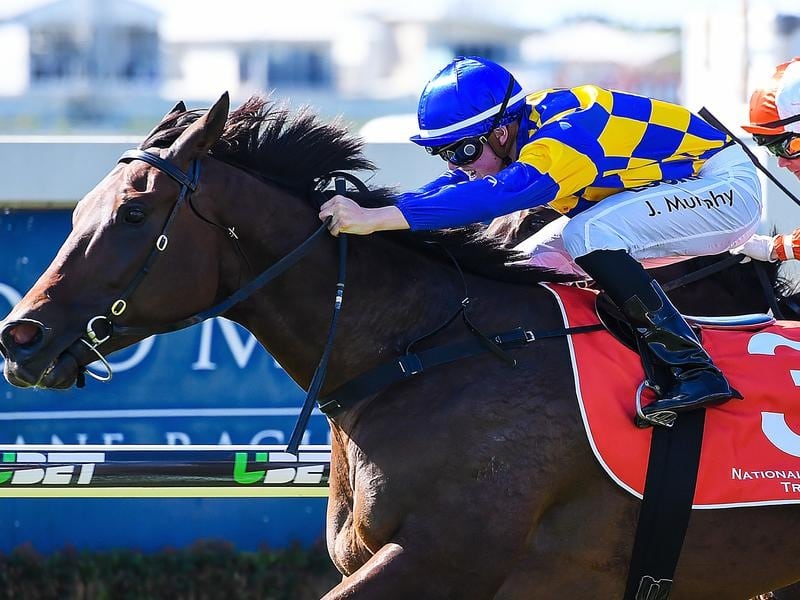 Syndicate head David Dawson was quick to pay tribute to trainer Stuart Kendrick after speedy Tarzan scored another all the way win at Doomben on Saturday.

Kendrick left for his annual holiday on Friday but not before he pulled a masterstroke by booking 3kgs claiming apprentice Jackson Murphy for Tarzan.

Dawson said a lot of the credit for Tarzan’s form could be attributed to Kendrick, who is the leading trainer at Caloundra.

“This horse has had a lot of problems in his career, at the barriers and worth a few other issues,” Dawson said.

“But Stu has worked hard with him and Tarzan has improved to the standard where he is now a stakes winner (The Queensland Lightning in June). Stu deserves to be rated in the top echelon of trainers.”

“He felt from the bad barrier (nine) Tarzan would need all the help he could get and with Jackson’s 3kgs claim it would even things out _ that is how it worked out.”

Tarzan is arced by a syndicate which includes Brisbane Racing Club member Dawson and BRC chairman Neville Bell who bred the gelding.

It was a spirit lifter for Murphy who was suspended for 15 days on an interference charge at Gatton on Friday.

“Tarzan has a lot of pace and he showed a lot of fight in the straight,” he said.

Trainer Desleigh Forster was thrilled with the run of Cannyescent who came from second last.

“He had to go back from barrier ten but the way he hit the line indicates he is back near his best,” she said.