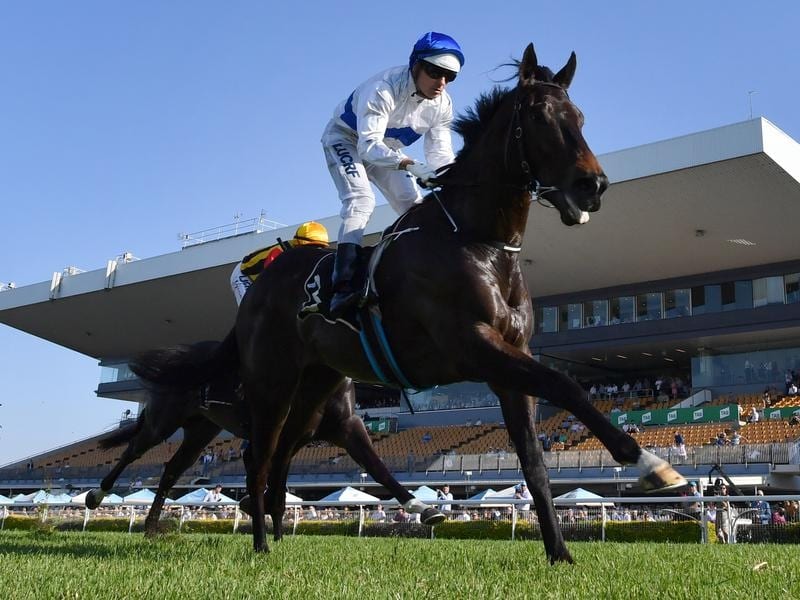 Trainer Tony Gollan is glad he has stuck to his plan with top three-year-old Zoustyle after the colt maintained his unbeaten status in record time on Saturday.

Zoustyle ($1.30) lived up to his rating as the potentially best horse in Brisbane when he beat Boomsara ($8) by a length in the Winning Rupert Plate (1200m).

There had been some doubt about Zoustyle winning at 1200m but he jumped to the front and coasted home in 1min 8.55secs which was a second inside the previous class record held by smart Sydney galloper Pierata.

Gollan resisted the temptation to take Zoustyle south for the spring after he won his first two starts in the winter.

“John Foote bought this horse. John likes to have a plan and stick to it. I am happy to comply and it has worked out really well to date,” Gollan said.

The Winning Rupert is the first leg of the summer three-year-old triple crown which carries a $500,000 for any horse winning three heats.

“Zoutsyle isn’t a Magic Millions horse so we would look at the triple crown. But provided he pulls up well he will run in the Gold Edition Stakes (1200m on December 15).”

“From there we can how the horse has come up and then maybe push on to a final heat of the triple crown.”

Winning jockey Brad Stewart said Zoustyle could go into another gear when asked and was a top horse.

Jockey Jim Byrne was happy with Boomsara who wanted to hang on the home turn but continued the chase the winner.

The Fire Trap also pleased his jockey Michael Cahill in finishing third and he said the gelding would be better as the trips got longer.