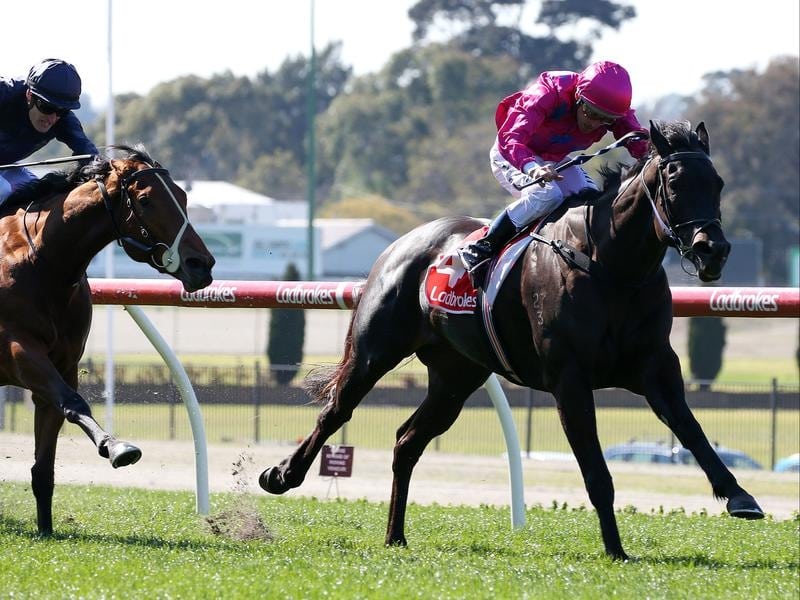 Merriest has added to an already impressive second-up record with a determined victory at Moonee Valley.

The Danny O’Brien-trained mare took her record to four wins from five attempts when second-up from a spell, holding off Tulip to take out Saturday’s Ladbrokes Back Yourself Handicap (1200m) by a long neck.

The Darren Weir-trained Iconoclasm ($3.80) was third in his return from a spell, another 1-1/4 lengths away.

O’Brien was pleased jockey Damien Oliver persevered early to lead on Merriest ($4.80) from Tulip ($7) and Ashlor before rating the mare well in front.

“Under those circumstances she’s a very capable mare,” O’Brien said.

Merriest finished fourth in her return from a spell over 1200m four weeks earlier.

“She just saves a bit on the (training) track and needs that race day experience to get her fitness levels up because she does seem to find three or four lengths second-up,” O’Brien said.

Merriest is a Listed winner and Group Two placegetter and O’Brien is keen to try to get the five-year-old a Group race win.

The Group Two Let’s Elope Stakes (1400m) at Flemington on September 15 is the mare’s likely next target.

“She obviously has a great second-up record and she had more favours in the run today than she did first-up,” Oliver said.