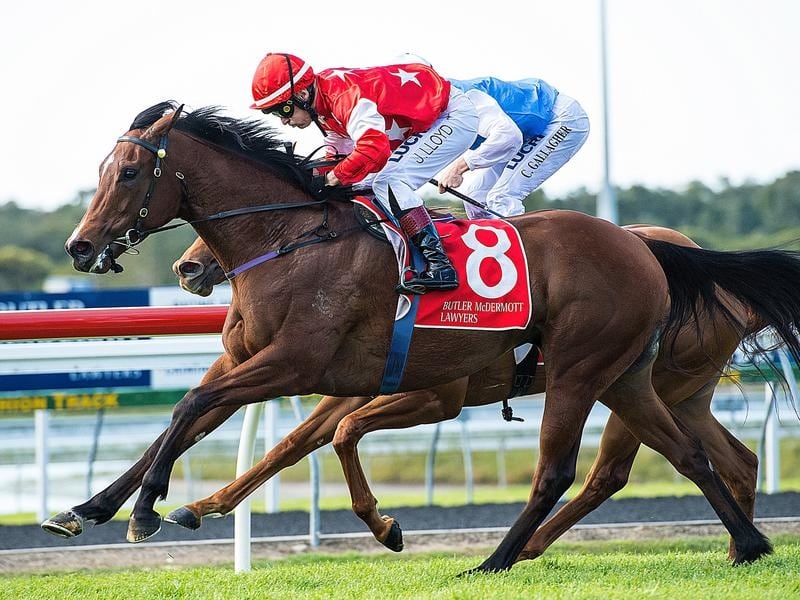 The lure of lucrative QTIS bonus money will see promising filly Hold The Line stay in Queensland instead of joining some of her stablemates for an interstate campaign.

The winning prize money and QTIS bonus payments made it a $79,000 collect for Hold The Line who won her only other start at Ipswich earlier this month.

Vandyke has several smart three-year-olds including Miss Quaintly, Baccarat Baby and Asharani who he is planning to take to Melbourne for the spring carnival.

“Hold The Line is a QTIS filly and why wouldn’t we chase that money,” Vandyke said.

“She was a cheap buy and has already picked up more than $100,000 in prize money and bonus payments.

“She is also a hot filly and I don’t know about whether she is ready for a trip away. But the experience today will have done her the world of good.”

Vandyke said he was confident in the run Hold The Line would win.

“I don’t go the early crow often but I could see at the 300 metres she was travelling,” he said.