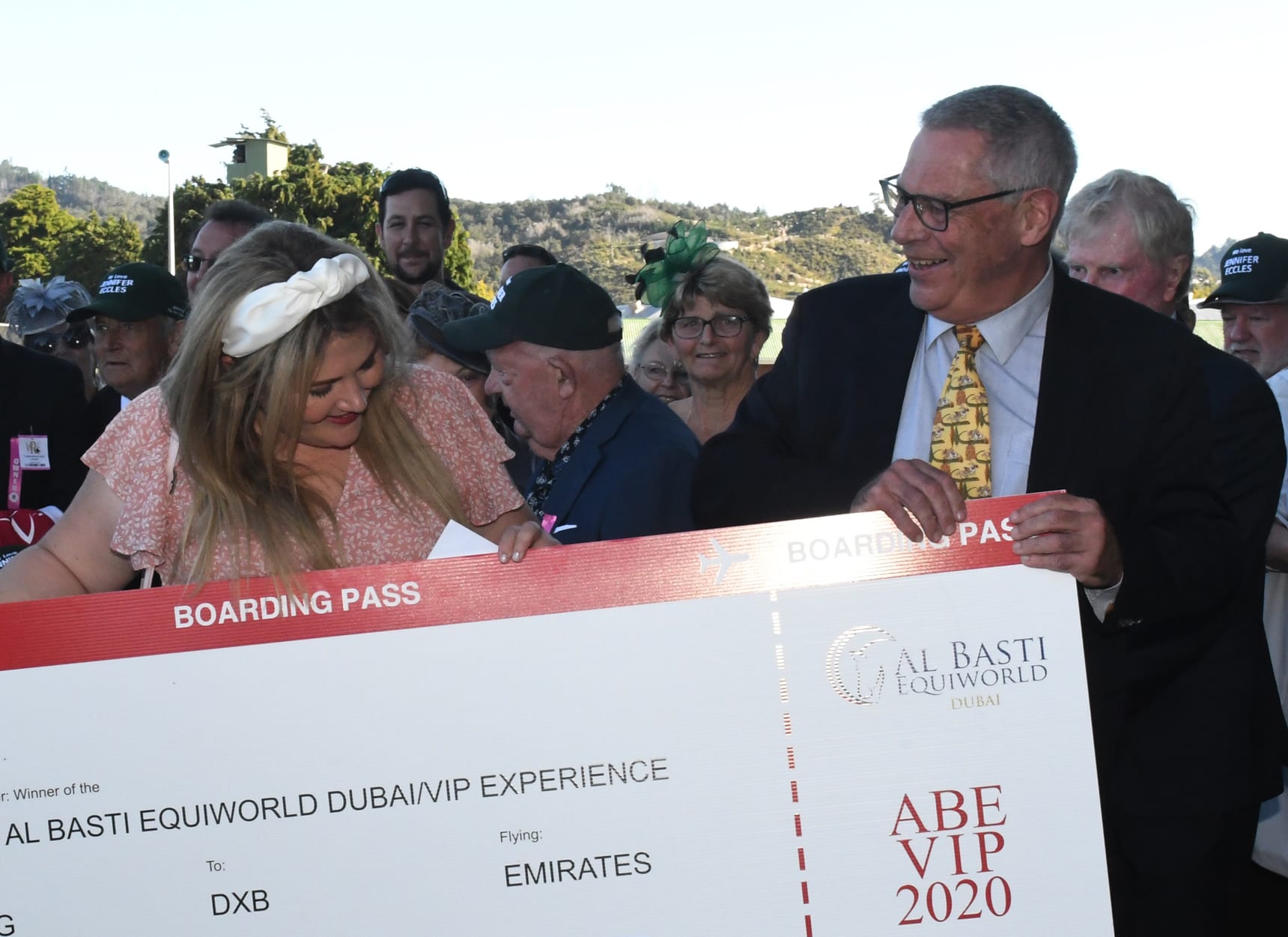 Wellington lawyer John Grant was shocked to win a VIP trip for two to Dubai, courtesy of Al Basti Equiworld Dubai at the Wellington Races on Saturday. Grant had entered the draw on Wellington Cup Day and had forgotten about it until he received the call to say he was one of 18 finalists.

Each of the finalists was drawn a horse in the Group 1 Al Basti Equiworld Dubai NZ Oaks (2400m) race and Grant was blown away when he drew the race favourite, Jennifer Eccles. “It was rather amazing to get that call and then to draw Jennifer Eccles,” he said. “I couldn’t believe my luck.”

Grant called his wife Sue and told her to watch the race and then took up a position on the running rail to watch the race unfold. Jennifer Eccles did not disappoint, scoring an emphatic length and a half victory to provide Grant and her syndicate of 95 owners with a fairytale result.

Grant, who is an avid racing fan and former Chairman of the New Zealand Judicial Control Authority for Racing, said he would enjoy the trip with his wife. “I follow international racing and Dubai has always been on the radar but the closest I’ve been so far is the transit lounge at the airport,” he said.

The Grants will spend 10 days in Dubai, staying at the luxury 5-star Meydan Hotel and taking in the season opening race meeting at Meydan Racecourse on New Year’s Eve. They will be joined on the trip by Michelle and Kyle Cameron, who won the same trip on Group 1 Al Basti Equiworld Dubai NZ 2000 Guineas Day at Riccarton in November.

Al Basti Equiworld is also a major supporter of Greatwood, an organisation that uses ex-racehorses to educate disadvantaged children and young adults with special educational needs.