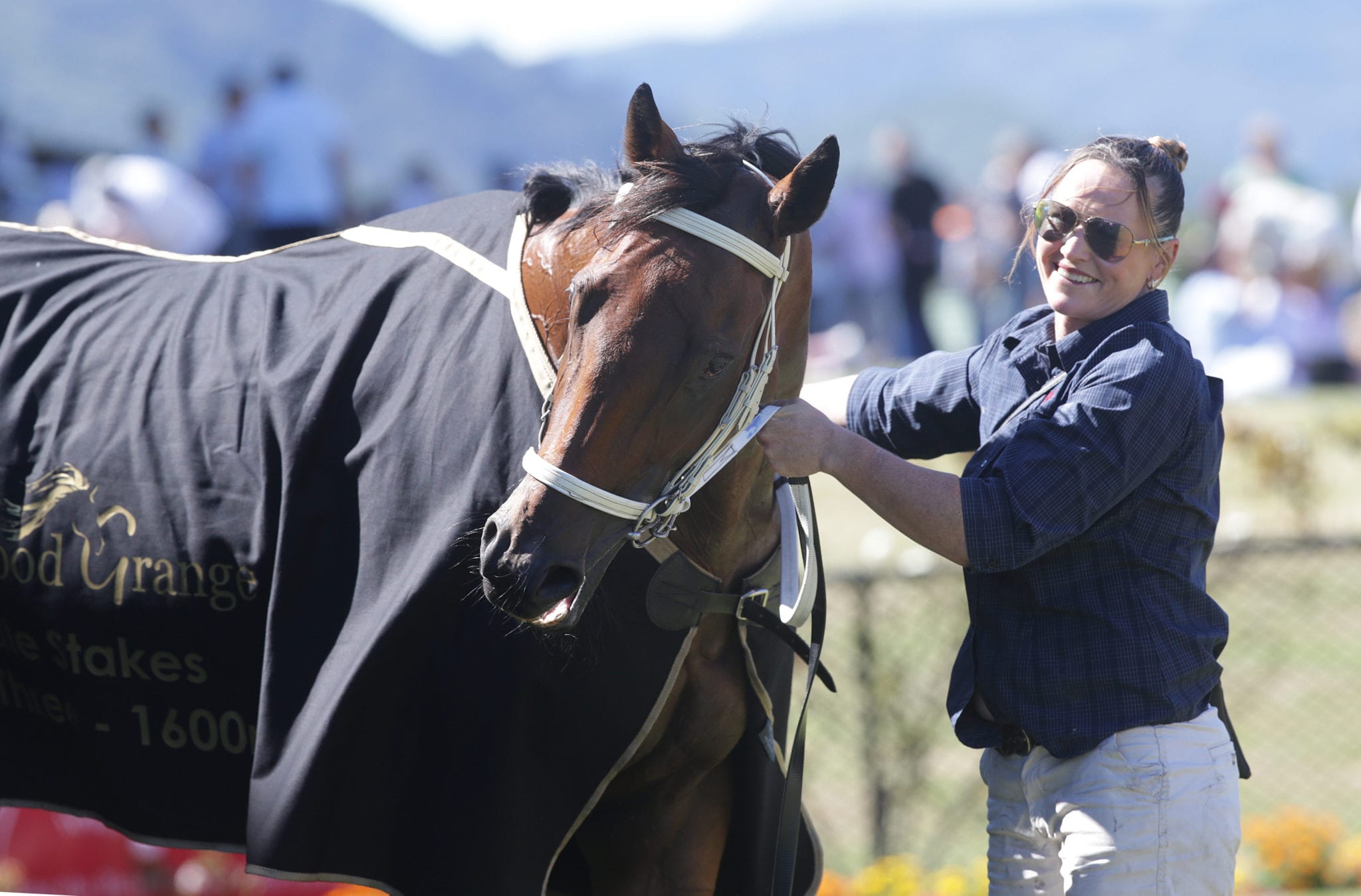 Millar has held a trainer’s licence since the 2004-05 season, and she has now won 95 races including three at black-type level. Just The Tip won the Listed Wanganui Cup (2040m) and Marton Cup (2200m) in 2014-15. “We’ve had a couple of stakes wins and quite a few Group placings along the way, but we’d never won a Group race before Saturday,” Millar said. “It was a great result, and the horse really deserved to win a race like that.”

Tinkalicious was blocked in the straight before finishing third in last year’s Cuddle Stakes, and her subsequent runs have included a close fifth in the Group 3 Canterbury Breeders’ Stakes (1400m), third behind Julius in the Group 3 J Swap Sprint (1400m), and an unlucky seventh, less than two lengths from the winner, in the Group 3 Anniversary (1600m). “She’s been really unlucky in a lot of her races,” Millar said. “Being a six-year-old now, she’s getting close to the end of her racing career, so we’ve been really chasing these stakes races with her. It’s been a bit frustrating, but it was great that it worked out yesterday.”

Tinkalicious jumped from a wide gate on Saturday but was sent forward by jockey Johnathan Parkes and took the lead. She dictated terms in front, then kicked hard in the straight to put herself out of the reach of the chasing pack, beating Yearn by a length and a quarter.

From 28 starts, Tinkalicious has now won six races and more than $151,000 in stakes for an ownership group that includes the Smyth and Co Racing Syndicate, Tequila Sunrise Syndicate, Tinkalicious Syndicate and nine other individuals. “There’s a big group of owners involved in this mare, and they are a really good bunch of people,” Millar said. “They have been very loyal to us, so it’s great to train a good horse for them.”

It’s a far cry from just a few years ago, when Tinkalicious attracted no interest at the 2014 New Zealand Bloodstock National Weanling Sale and Millar struggled to syndicate her. “She was passed in as a weanling,” Millar said. “I do a lot of leasing off studs, including Sam Williams at Little Avondale, who owns this mare. “I broke her in and I always quite liked her. She was very hot at the start, so we had to be patient and take our time with her, but she always showed me a lot of ability. “At the start, it was a bit of a struggle to pull people in to race her – Nadeem probably wasn’t that popular as a sire. But once she started to show a bit, a few more people were really keen to get involved.”

After seasons of 15, nine, 11, 12 and eight wins respectively from 2014-15 to 2018-19, this has been a rebuilding season for Millar with just three wins to date. “We’ve got 20 horses in work at the moment, but 13 or 14 of them are two-year-olds,” she said. “The only older horses we’ve got are performing well, but we just need to be patient with the others and give them time. You always go through rebuilding periods like this.”

Millar credits her late grandfather, legendary Stratford trainer Jack Taylor of Kingdom Bay fame, for sowing the seeds of her love of racing and training. “I idolised him when he was training,” she said. “As a youngster, I used to follow him around wherever her went. I was his little shadow.

“Everyone in the family knew that I would be the one who would follow in his footsteps and go into training. “He was still alive when I started out, and he gave me a stern talking to. He told me it was a tough game and I needed to work hard and be patient. He gave me some really good advice at the beginning of my career and really helped me get started.”