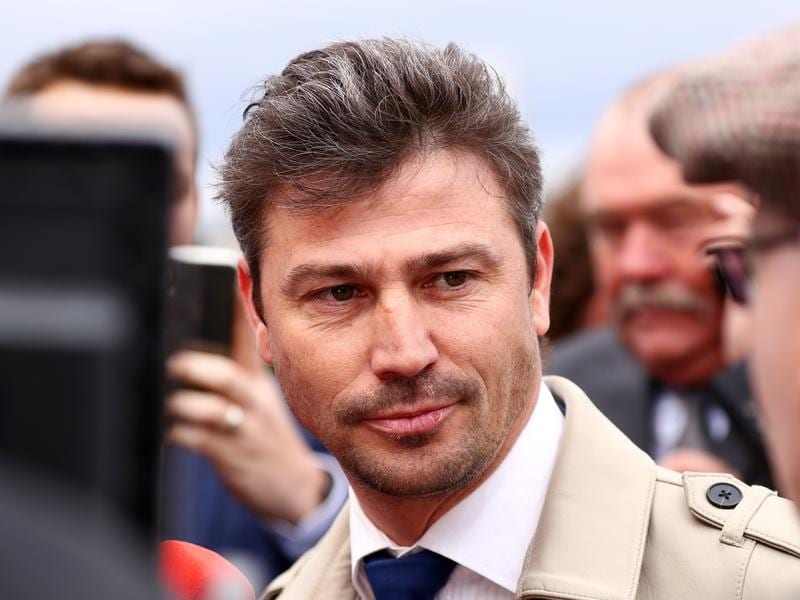 Victorian trainer Brent Stanley’s punt to send Violate to Sydney in the hope of getting a start in the Doncaster Mile has paid off.

Violate was first emergency when acceptances were taken on Tuesday and gained a start in Saturday’s $3 million race at Randwick after the scratching of El Dorado Dreaming on Friday.

And Stanley thinks Violate will run much better than his current price indicates.

To be ridden by Andrew Gibbons who was to ride El Dorado Dreaming, Violate is the $151 outsider in the field with Fifty Stars and Brutal $6.50 co-favourites.

“He got up there this morning,” Stanley said.

“We took the punt on him getting a run and worst case scenario he was going to run either up there in a couple of weeks or in Queensland.”

The gelding has form on soft ground, finishing a close second in Group Two company at Eagle Farm two years ago.

And Stanley says drawing wide is an advantage after Violate was a weakening 11th in the Golden Mile at Bendigo last Saturday after leading from an inside draw.

A weight drop of 10kg, from 60kg to Saturday’s featherweight of 50kg, is also a plus with Stanley saying Violate is a fit and happy horse.

“Where he’s drawn is OK as he doesn’t go inside horses, we know that.

“He missed the start last week, was hunted up, never came back underneath the jock and being in front, on the fence, wasn’t the place to be.