Savabeel filly all business at Wanganui 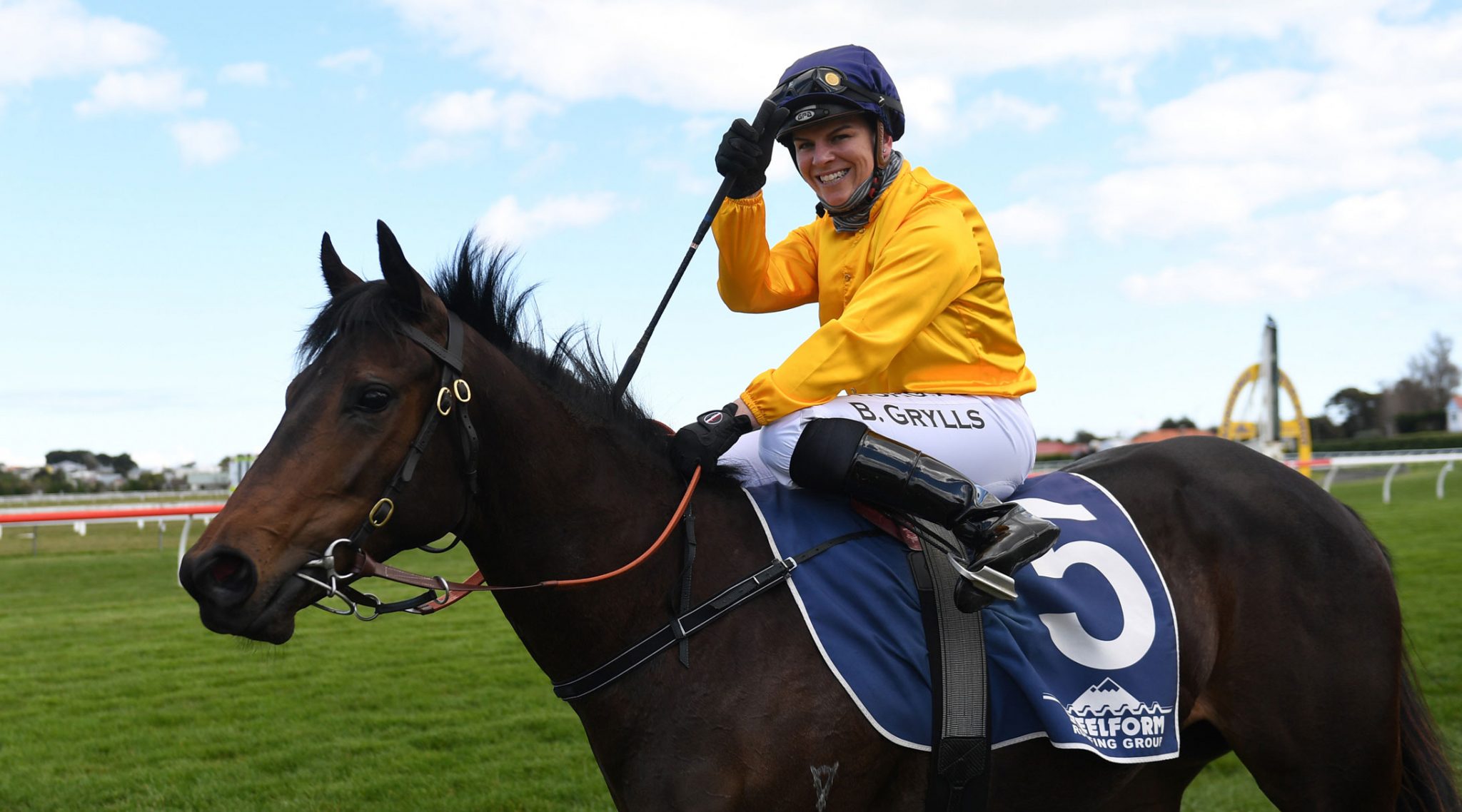 If co-trainer Stephen Autridge could use just one word to sum up his two-year-old filly Cincoro then that word would be professional.

The Savabeel youngster, who Autridge prepares with training partner Kris Shailer, showed all of her professional qualities when she never put a hoof wrong in taking out the opening juvenile event of the season over 800m at Wanganui on Saturday.

Bred and raced by Valachi Downs principal Kevin Hickman, Cincoro went into the race unbeaten in two trial outings and extended that winning record to raceday as she downed Kahma Suitsya and Gibraltar Rising with a determined finish in the home straight.

Autridge had been expecting a good run after his charge had shown in recent weeks as being ready to make an early entrance to the racing scene.

“We knew from what she had done at home and at the trials that she was very professional and that was in our favour against a field of debutants,” Autridge said.

“While she had won her trials, we still hadn’t really got a good line on her, so we weren’t too sure how she would stack up against some talented types, but she has done everything perfectly and got the result in the end.

“We had about four of our young ones at home suggest they would be early runners and she has been the first to the races and made a great start.”

Autridge will now reassess the goals for Cincoro, who has just started a growth spurt which could see her on the easy list for a wee while as she recovers from her exertions.

“She is not really that big but has been growing of late which is a good sign,” he said.

“I haven’t really had a look at what is around, but we are definitely not in a hurry with her as I think she could be just the type of filly we could set for a race like the Matamata Breeders’ Stakes (Group 2, 1200m) later in the summer.

“We think she will handle the better tracks and being a Savabeel she is only going to get better with time.

“She is actually very closely related to Sword Of Osman, who won the Sistema Stakes (Group 1, 1200m) as a two-year-old, so we know there is speed and real quality in her family.”

The daughter of Tavistock and stakes placed mare The Tidy Express was awkwardly away from the barrier and made good ground along the inner to please her trainer, who had been confident of a forward showing.

“We have a lot of time for this filly despite her two unplaced trial runs, that looked a little average on paper,” Autridge said.

“At her last trial she went to the line under a grip, just behind them, so we thought if she could get some luck on Saturday, she could run in the first three.

“I would say she is definitely the best of our filly’s that we will race mostly in the north this season.

“We have a couple we will be sending down south for the build-up to the Riccarton Cup Carnival, but this one will do most of her racing up here and if she goes like we think she can, then we will send her south for the New Zealand 1000 Guineas (Group 1, 1600m) later on.

“We know she handles the off tracks, so there are plenty of opportunities for her in the coming weeks.”