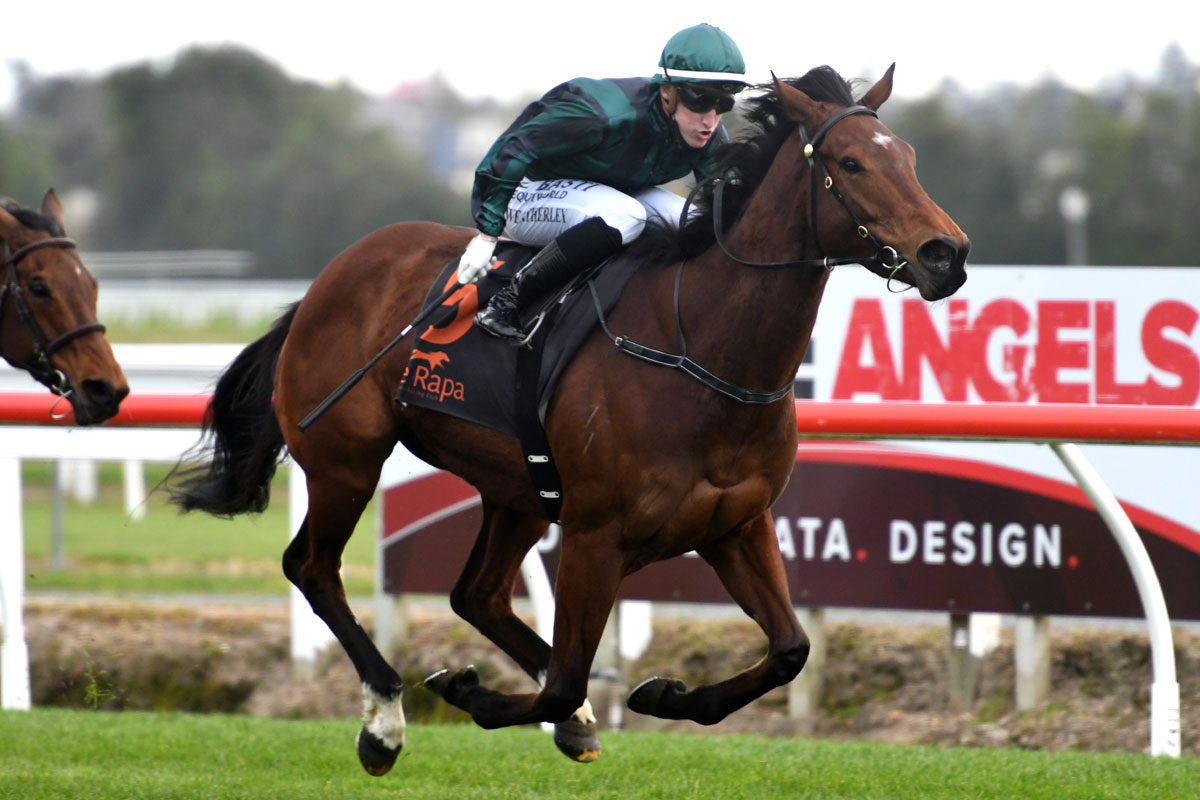 Lightly raced four-year-old Francesca made a winning start to her spring campaign at Te Rapa on Saturday, as she sets out on a preparation aimed at securing some valuable black-type for a future breeding career.

The Murray Baker and Andrew Forsman-trained daughter of Iffraaj never looked in any danger of defeat as she sat outside pacemaker Shezathinka before asserting her superiority in the home straight to win by a neat length in the rating 74 1400m contest.

Bred and raced by Greg McCarthy, who also bred and shares in the ownership of promising Melbourne-based galloper Ayrton, Francesca has now won four of her 7 career starts with Baker keen to see her take the step up to stakes company in her next few starts.

“She is a very promising type, a big strong mare who carried 60kgs on Saturday so to win the way she did was very encouraging,” he said.

“She hasn’t done a lot so far with just the one trial under her belt, so I would think she will take plenty of improvement out of that run.

“I also think the extra week we got with the meeting delayed due to the COVID lockdown helped her as we could get another gallop into her.

“The main aim is to get some black type so we will sit down and have a look at where that might be.

“She goes best with some give in the ground, so a race like the Group Three (Metric Mile) they have down at Awapuni later this month might be ideal for her.

“She is by Iffraaj and we have had two Group One winners by Iffraaj in Turn Me Loose and Jon Snow, so fingers crossed we might be able to get a third.”

Baker was also delighted with the first up run of last year’s Group 1 Caulfield Cup (2400m) placegetter The Chosen One, who stormed home to finish close-up in third in the Group 2 Feehan Stakes (1600m) at Moonee Valley later in the day.

“He (The Chosen One) went a really good race as he was wide and covered plenty of extra ground, but he just kept closing on them at the finish,” he said.

“He went well first-up last year and had a good campaign, so hopefully this is a sign of good things to come as he gets ready for the Cup races.

“We’ll have to have a think about where he goes next as he is weighted out of handicap racing over there, so we probably need to stick to weight-for-age races.

“A race like the Underwood Stakes (Group 1, 1800m) could be a good option as we have a pretty good record in the race.”