Wessex too strong on debut at Matamata 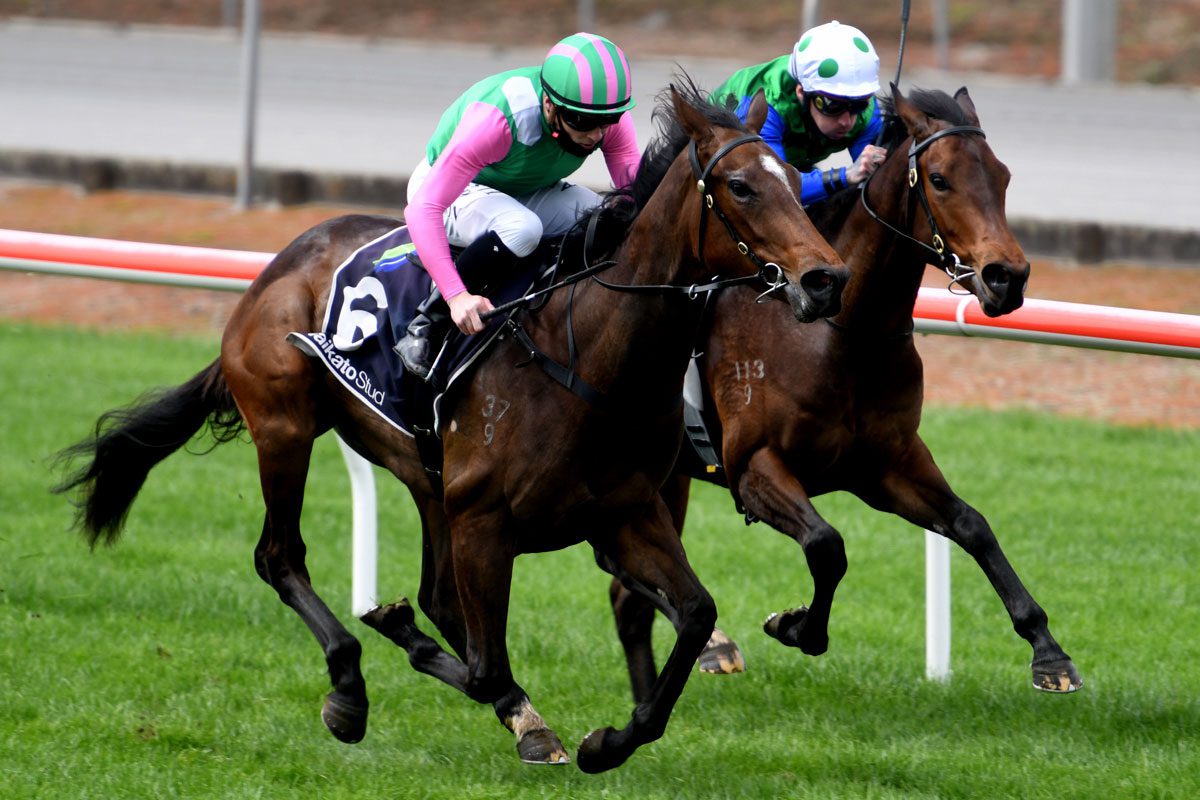 Trainer Andrew Forsman put aside the disappointment of having to scratch pre-post favourite Francesca from the feature race at Awapuni on Saturday when he and training partner Murray Baker produced talented two-year-old filly Wessex to win on debut at Matamata.

Forsman had been expecting progressive four-year-old Iffraaj mare Francesca to be hard to beat in the Group 3 Boehringer Ingelheim Metric Mile (1600m) at Awapuni, but a swollen leg that was discovered on race morning put paid to her starting in the contest.

“She (Francesca) had swelling in her leg this morning that has blown up, so she must have a bit of a bug there,” Forsman said.

“That put paid to her starting, so we’ve treated it with antibiotics and we have to hope she comes right.

“While there was a little question mark on the Heavy10 track, I thought she was ready to run a big race, so it is disappointing we didn’t get her to the start.”

Forsman didn’t have to wait long to assuage some of that disappointment as Turn Me Loose filly Wessex produced a professional performance on debut to take out the second race on the card over 1000m at Matamata.

Secured by Forsman for NZD$150,000 out of the Windsor Park Stud draft at the Karaka Yearling Sale earlier this year for owner Ben Kwok, the daughter of Group 1 Telegraph Handicap (1200m) placegetter Trepidation had shown plenty in her two trials leading into Saturday’s juvenile contest.

Faced with only three rivals after the late scratching at the barrier of The Little Engine, Wessex was tardily away but recovered to track the speed throughout before launching a determined finish in the home straight to down Charm Spirit debutant Pacific Dragon, who provided the quinella for Windsor Park Stud-based stallions.

“We’ve liked her since she first came into work and she was good winning her first trial before having another educational run in her second trial on the synthetic at home (Cambridge),” Forsman said.

“Ben had asked me to buy a couple of fillies for him at the sale and this was one I really liked.

“She is by Turn Me Loose, who I have a lot of time for as a sire, and she is a lovely athletic type with plenty of scope to her.

“She is still very immature physically so we will most likely put her away and let her get over this one before we think about what to do with her next.”

The victory continued a purple patch for Kwok who is also the owner of last week’s Group 3 Gold Trail Stakes (1200m) winner Bellacontte.

Wessex is the fifth individual winner for Windsor Park Stud stallion Turn Me Loose who stands at a fee of NZD$15,000 +GST (LFG-Live Foal Guarantee) for the 2021 breeding season.