Queensland Derby start on the line for New Zealand youngster 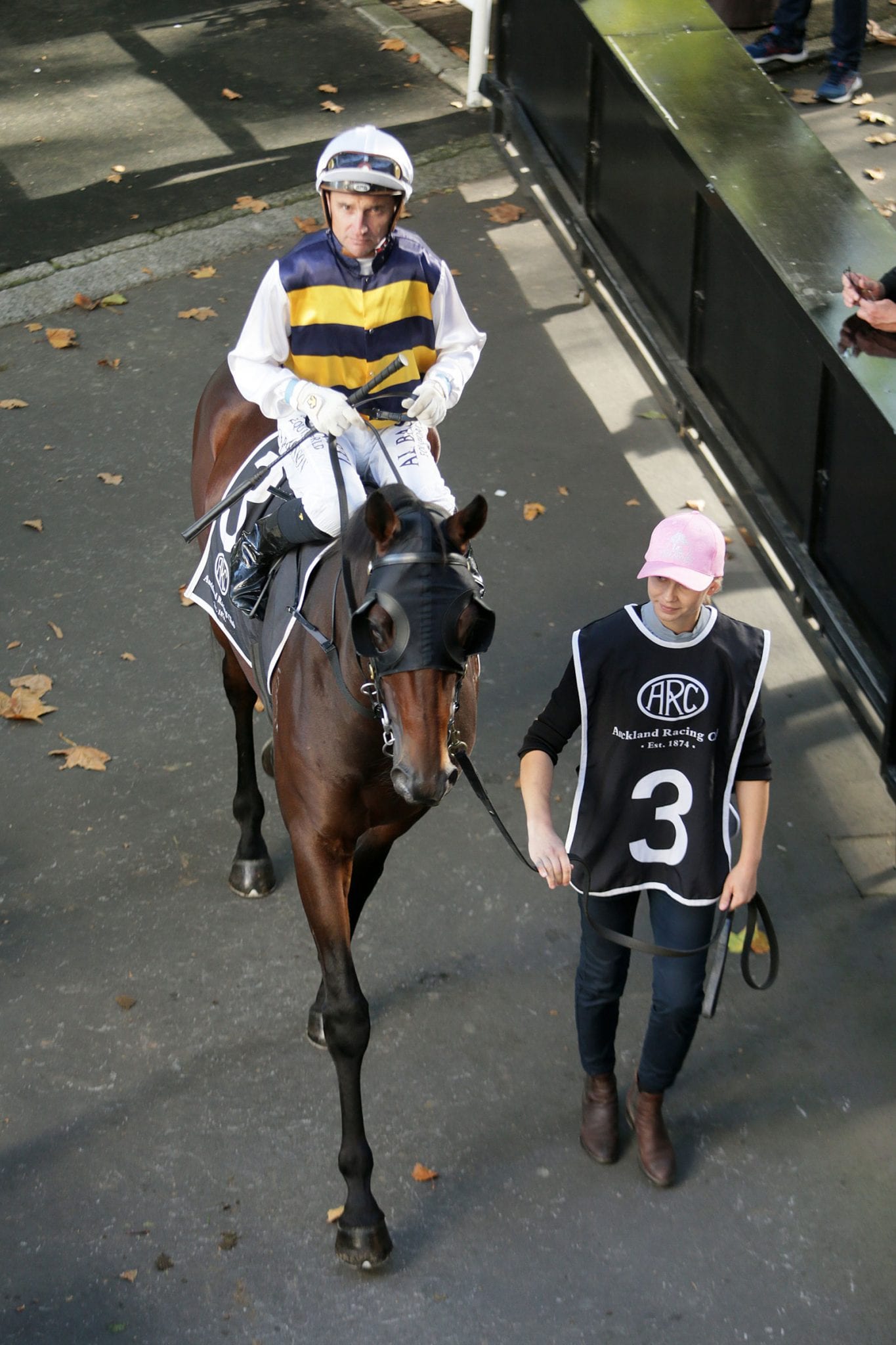 A start in this year’s Group 1 Queensland Derby (2400m) goes on the line for New Zealand galloper Daqiansweet Junior when he races at Rosehill in Australia on Saturday.

The Group Three-placed Murray Baker and Andrew Forsman-trained three-year-old tackles the De Bortoli Wines Handicap (2000m) in age group company in Sydney as he attempts to convince his connections he’s worthy of a trip north to Brisbane for Classic racing at Eagle Farm seven days later.

“Really we think he has to run top two to warrant going to the Derby,” Forsman said.

“We think he’s good enough but he’s been up a long time so it’s hard to know whether he has come to the end of the preparation. But he’s working well and it just might have been the wet track that tripped him up last start.”

Sweet Orange gelding Daqiansweet Junior won twice in March coming through the grades before finishing third in the Group 3 Manawatu Classic (2000m) at Awapuni then eighth in the Group 2 Championship Stakes (2100m) at Ellerslie on an unsuitably slow track.

“It’s a shame he’s drawn out a bit in barrier 17 and while we’re hoping for a better track on Saturday, there’s still a little bit against him,” Forsman said.

“He doesn’t have a set pattern of racing but I guess it would be helpful if he could get forward without doing too much. We’ll leave that up to Rory (Hutchings, jockey) and how the horse begins. If he began well, there’s no reason why we wouldn’t put him in the race.”

Forsman said Daqiansweet Junior had settled in well at Bjorn Baker’s Warwick Farm stables and he was hopeful he could earn himself a trip to Brisbane.

“He’s pretty straightforward. Nothing ever seems to worry him and it’s all gone very well,” Forsman said.

“You can’t get too much of a line on his trackwork because he never does anything really startling. He just does what he has to but if he runs up to his best New Zealand form, he’s up to winning this one.”

TAB bookmakers have Daqiansweet Junior at +1800 for this weekend and +3300 for the Queensland Derby, Forsman acknowledging the trip to Brisbane and seven-day backup not providing ideal circumstances should he seal a start.

“We had planned to run him last weekend but both Doomben and Rosehill were a bit too wet so we’ll take our chances this weekend. It’s only seven days to the Derby after that and we’d have to float him from Sydney to Brisbane so it certainly won’t be easy but we’ll bite the bullet and hope the horse handles it.”

Baker and Forsman will also have runners at Awapuni and Te Rapa in New Zealand on Saturday, with Lubaya needing two scratchings to gain a start in the Listed James Bull Holdings Rangitikei Gold Cup (1600m).

Rip Van Winkle mare Lubaya was unplaced in last Saturday’s Group 3 Rotorua Stakes (1400m) on a heavy 11 track but Forsman was optimistic of an improved performance at Awapuni.

“The 1400m was too short last week and she just scrambled in the ground the whole way. But she’s come through the race well and she needed the run to have her on track for this week,” Forsman said.

The stable’s Te Rapa runners are Our Modena, Shezdelicious, Crafty Jess and Francesca though all but Crafty Jess have drawn wide.

“Crafty Jess loves the track but she’s dropping back to 1400m which makes it tough but she’s going well.”