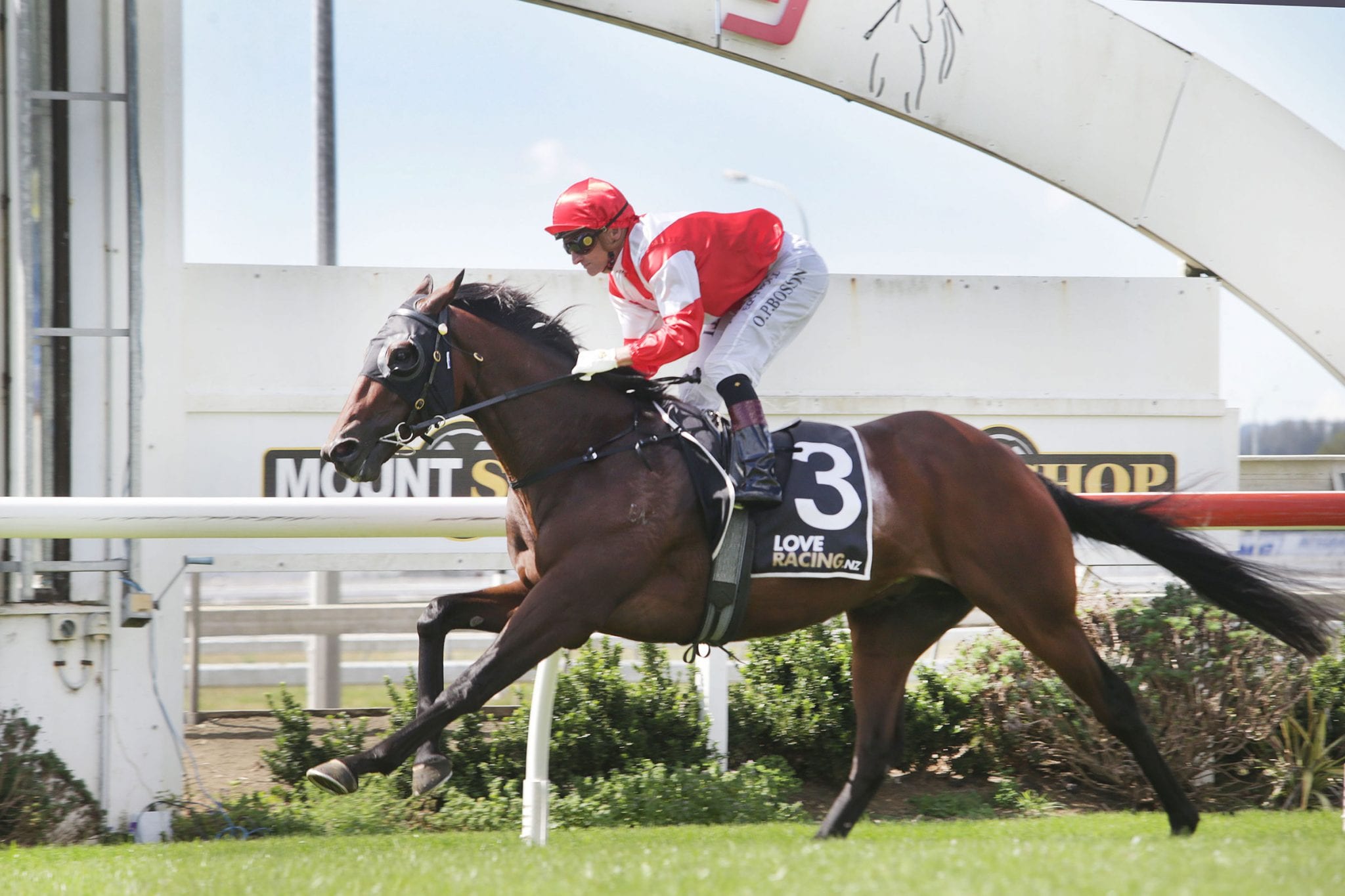 Cambridge trainers Murray Baker and Andrew Forsman landed an early double at Pukekohe on Wednesday, with promising three-year-olds Daqiansweet Junior and Granados both scoring over 2100m and shaping as stayers of the future.

Daqiansweet Junior took plenty of confidence from a maiden win at Matamata last week and took the step up to Rating 65 grade with ease, demolishing his rivals by seven and a half lengths under a cool Opie Bosson ride.

Raced by the Inner Mongolia Rider Horse Industry group, who are best known for racing Mongolian Khan, a triple Group One winner for Baker and Forsman who is now standing at Windsor Park Stud, Daqiansweet Junior is a son of Sweet Orange and has the action of a quality galloper.

“It has taken a little while for the penny to drop, but he is really putting it together and we will look to run him in the Manawatu Classic (Group 3, 2000m),” Baker said.

“It’s a race we won a few season’s back with The Chosen One and this guy is going the right way. He is a very strong horse and to win in the manner he did by such a margin was very pleasing.”

Fittingly, Baker and Forsman saddled Granados, a son of Mongolian Khan to win under a front-running Bosson ride in the very next race, breaking maiden ranks at his fifth start after being around the money in his previous three starts.

“He has been thereabouts and looks typical of the Mongolian Khans. He has just needed ground and time,” Baker said.

“He is a horse that is on an upward plane and when a horse wins a distance three-year-old maiden, there is a bit of hope for them that they can take that next step and there are staying options. He is quite a promising horse.”

Baker said they would see how Granados comes through the run before deciding where to head next, but he did not rule out a tilt at the Listed VRC St Leger (2800m) at Flemington at the end of next month.