Mascarpone gets the cream in Foxbridge Plate 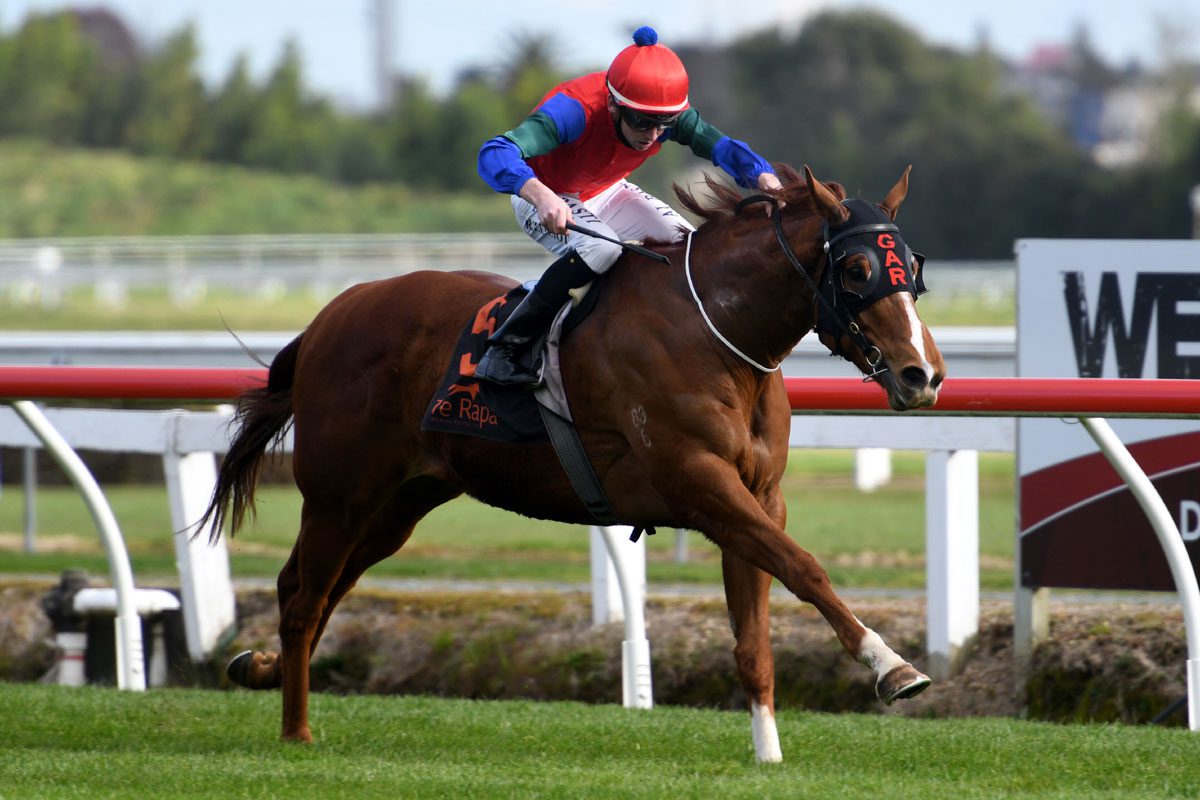 Punters who thought Saturday’s Group 2 Valachi Downs Foxbridge Plate (1200m) was a two-horse race between last year’s winner and heavily backed favourite Avantage and Taranaki visitor Tavi Mac were given a lesson in the vagaries of racing as the Team Rogerson-trained Mascarpone upset the applecart in the Te Rapa feature.

The five-year-old son of Shooting To Win had always promised to win a good race and had been close-up in several feature sprints over the past two years, including a third-placed finish behind Avantage in the Group 1 BCD Group Sprint (1400m) at the venue back in February.

Primed for his fresh-up effort with a 1050m trial win last month, Mascarpone (+2900) was at his very best as he dashed past a quality field at the 250m and then held out a bold finish by fellow outsider Gino Severini (+10400) to register his seventh win at just his 20th race start.

Co-trainer Graeme Rogerson had always touted his charge as a potential topliner and was adamant there was more in store for him this season.

“He’s a real good horse, who can be a little bit wayward at times,” Rogerson said.

“He’s got to have good ground and he’s far better going left-handed.

“He trialled about three weeks ago and beat a good field out of sight, so he was certainly going to be a big chance in the race after he drew a good alley (4).”

Rogerson had been planning an Australian campaign for his charge, but those plans are in doubt now due to the COVID-19 lockdown situation in both New Zealand and Melbourne.

“We were going to take him to Melbourne with Beauden (stablemate), but that’s up in the air for them both with the COVID situation.

“I wanted to run him in the Moir Stakes (Group 1, 1000m) at The Valley then at Caulfield and then again at Flemington during Cup week.

“If he doesn’t go then there are some immediate targets for him here including the middle day at Hastings or a sprint here at Te Rapa, but we will have to see what happens.

“If we don’t get to Melbourne this time we could always go in the autumn.”

Mascarpone is out of the Flying Spur mare Fromage and was purchased by Rogerson for NZD$160,000 out of the Westbury Stud 2018 Karaka Yearling Sale draft.

There were plenty of excuses for race favourite Avantage who was forced to race three-wide throughout and wilted to finish eighth, one place ahead of Tavi Mac who had enjoyed a perfect trail on the fence behind the pace.

In a host of good performances by the beaten brigade, one of the eye-catching runs came from Group 1 Caulfield Cup (2400m) and Group 1 Melbourne Cup (3200m) aspirant Ocean Billy who stormed home out wide to finish fifth in an encouraging start to his ambitious spring campaign.