Kuru jumping to get back racing 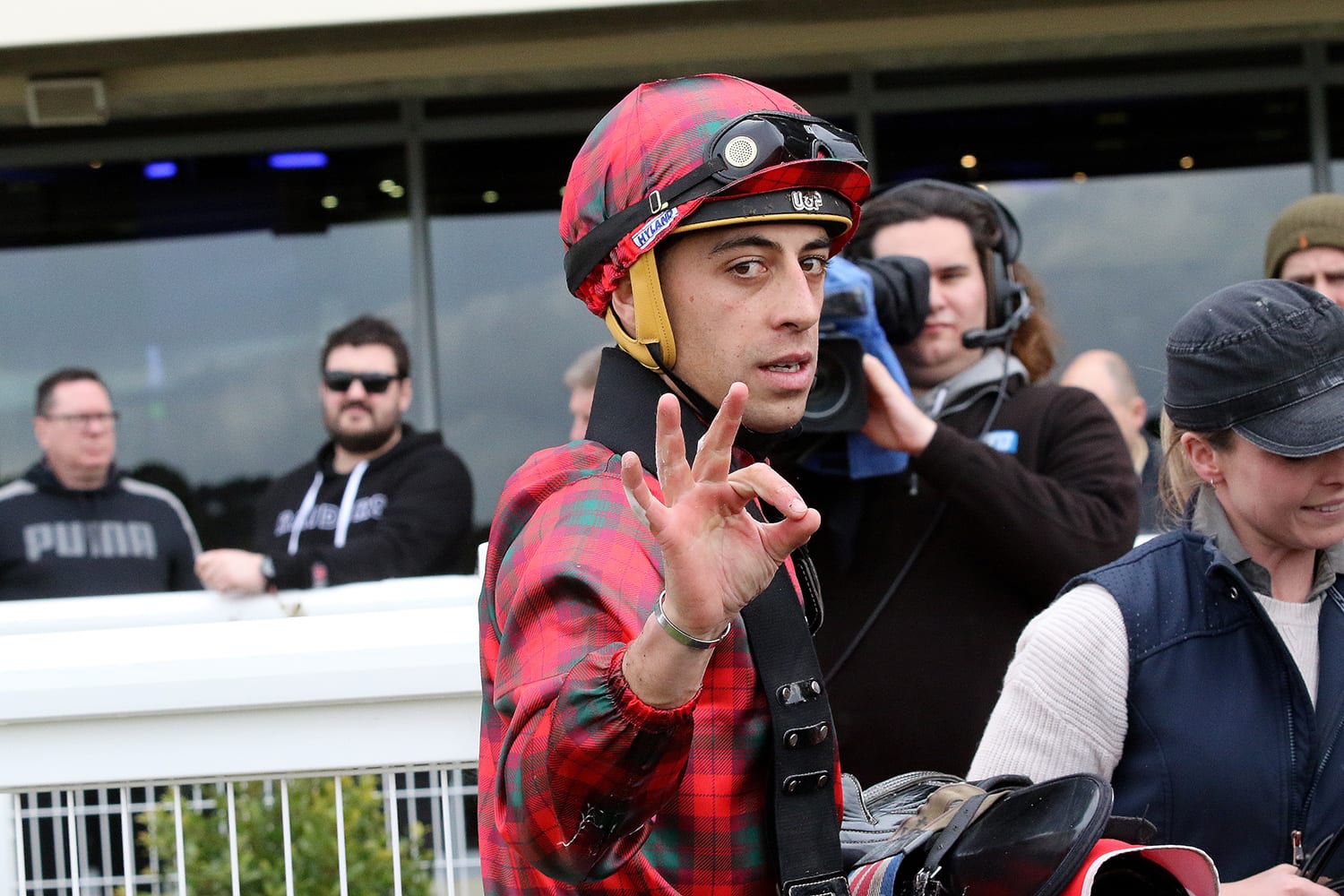 New Zealand’s green pastures have it rated as one of the world’s leading thoroughbred nurseries, though in the last few weeks it has been a few of the country’s racing participants turning a shade of green. Racing temporarily ceased in New Zealand in March as a result of Covid-19 Alert Level 4 restrictions and many Kiwi trainers and jockeys were left enviously watching the sport continue in Australia.

One such participant was leading jumps jockey Aaron Kuru whose envy heightened this week when watching the famed Warrnambool Carnival, a race series he was hoping to be riding in. “The toughest part for me has been sitting at home and watching racing continue in Australia,” Kuru said. “I didn’t have any rides (booked for Warrnambool), but the plan was to get over there and try and get a couple of rides in the carnival.”

While disappointed he was unable to compete, Kuru took solace in watching good friend Andrew Campbell’s success as an owner when regally bred New Zealand jumper Gobstopper took out the Galleywood Hurdle (3200m) at Warrnambool on Tuesday. Although Gobstopper was paying $21 to win, Kuru had faith that the Group 3 New Zealand Cup (3200m) winner would be competitive. “I wouldn’t of counted him out, but it was a good field,” Kuru said. “He is a good horse on his day and it was a good effort.”

Kuru has experienced success in Australia himself, the highlights to date being his victories aboard Tallyho Twinkletoe in last year’s Grand National Hurdle (4200m) and Grand National Steeplechase (4500m).

Kuru has aspirations to compete more frequently across the Tasman, but the humble rider believes he still has a few things to work on. “I’m hoping to base myself over there in the next couple of years, but I think I have still got a little bit to learn before I can go over there and be really competitive,” he said. “I don’t want to go over there and just be a part of it. I would rather go over there ready to put my best foot forward. “It’s really competitive, they won’t give you an inch over there. You definitely have to know your stuff before you go out there. “I think it is good racing and the boys do a good job of doing their homework and being as competitive as they can be.”

Kuru said once restrictions lift he will look at campaigning in Australia more often. “With their programming and our programming it is quite easy for us to bounce back and forth,” he said. “I don’t think there are any secrets to riding over there. You just have to be on good horses to win. “It was really nice to get a couple of winners over there. Hopefully once I start travelling they (jumps trainers) will start to notice me and then I can pick-up some more rides.”

Kuru has won two of the last three New Zealand Jumps Jockey Premierships and he has been pleased with his development as a rider in the last few years. “It’s not easy, but I think if you really commit to it then you can see plenty of improvement as the seasons go on,” he said. “At the minute I am really happy with where I am at, but I am not where I want to be riding-wise, so I have still got to work on a few more things before I am ready to give it a go in Australia.”

The Covid-19 pandemic and restrictions enforced during Alert Level 4 has curtailed the jumping season, but Kuru said he is just grateful to be able to compete again this year. “It’s frustrating, but it is what it is, we can’t do anything about it,” he said. “We just have to make the most of the few months that we do have of jumps racing.”

After more than a month cooped up in his house, Kuru said he was pleased to get back to riding trackwork last week. “It was a break a lot of us didn’t need,” Kuru said. “It was nice to get back riding and just be out of the house.”

Kuru is particularly looking forward to donning Paul Nelson and Corrina McDougal’s red and black colours in the coming months and said the Hawke’s Bay conditioners have been able to tick over their team on Nelson’s private training property. “I am looking forward to riding in Paul Nelson’s colours. I always enjoy that because he has been my main supporter since I started,” Kuru said.

The Cambridge-based rider often heads down to help school some of Nelson’s jumpers over the winter months and he is looking forward to continuing that once Covid-19 restrictions ease. “If some of them just need a bit more schooling or fine-tuning he lets me know and I go down over the weekend once a fortnight,” Kuru said. “It’s a nice place. I really enjoy going out to his property and schooling them. “Lucky for him he has got his own track, so they have been in work. As soon as I am able to get down there we will be into it and ready to go for the first race.”

Kuru made headlines around the world two years ago after his masterful ride on Des De Jeu to win at Awapuni after recovering from a dramatic fall. The video of his supreme horsemanship is once again doing the rounds on social media, and while slightly embarrassed by all the attention, Kuru said he is glad to be able to help promote New Zealand jumps racing on the world stage. “I don’t think that will ever go away,” he said. “It’s a little bit annoying, but it is also really good for New Zealand jumps racing. Once a year it does the rounds and puts New Zealand in the spotlight again.”