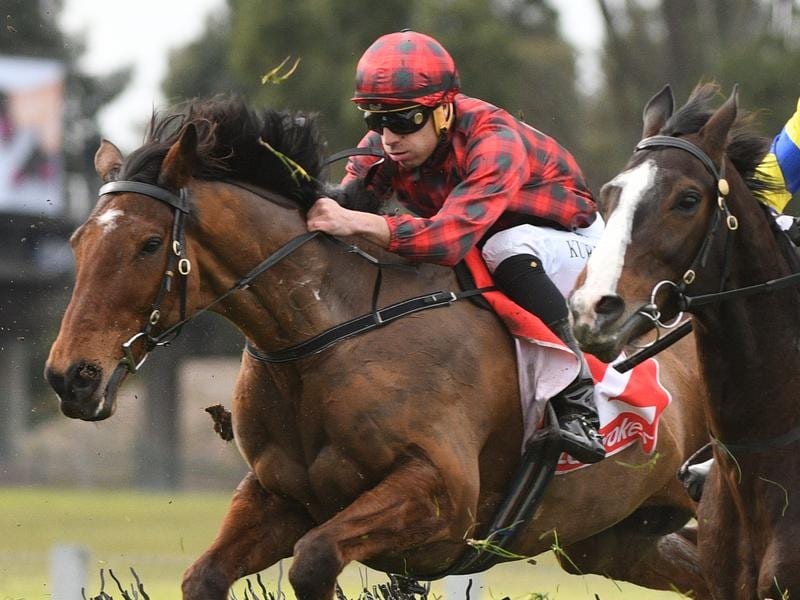 Trainer Patrick Payne rates Tallyho Twinkletoe the best jumper he has trained after adding the Brendan Drechsler Hurdle to his amazing record.

A nine-year-old, Tallyho Twinkletoe has been plagued by injuries but has won 13 of his 24 starts, including eight of his nine over jumps.

“I loved a horse called Sea King. He was a good jumper and had stamina but this horse has a little bit more dash in him.”

Tallyho Twinkletoe will attempt back-to-back victories in the Grand National Hurdle and Steeplechase after becoming the first horse since Mosstrooper in 1930 to complete the double last year.

The Grand National Hurdle will be run at Sandown on August 2, with the Steeplechase to be run on an all-jumps program at Ballarat three weeks later.

Tallyo Twinkletoe was prepared in New Zealand by Kevin Myers for two preparatory runs towards Sunday’s hurdle, finishing second in a 2060m flat race before winning a 2400m hurdle on July 10, carrying 74kg.

The jumper carried 72kg to victory on Sunday and Payne is expecting a similar weight in the Grand National Hurdle after winning the 4200m race with 67.5kg last year.

“He was going from 2400 metres to 3500 metres on a very testing track like Pakenham.

“The last 100 metres his fitness told so lets hope he derives a lot of benefit from that and keeps going forward.”

Payne also had success with Slowpoke Rodriguez in the Mosstrooper Steeplechase and Eckhart in a division of the maiden hurdle on Sunday.