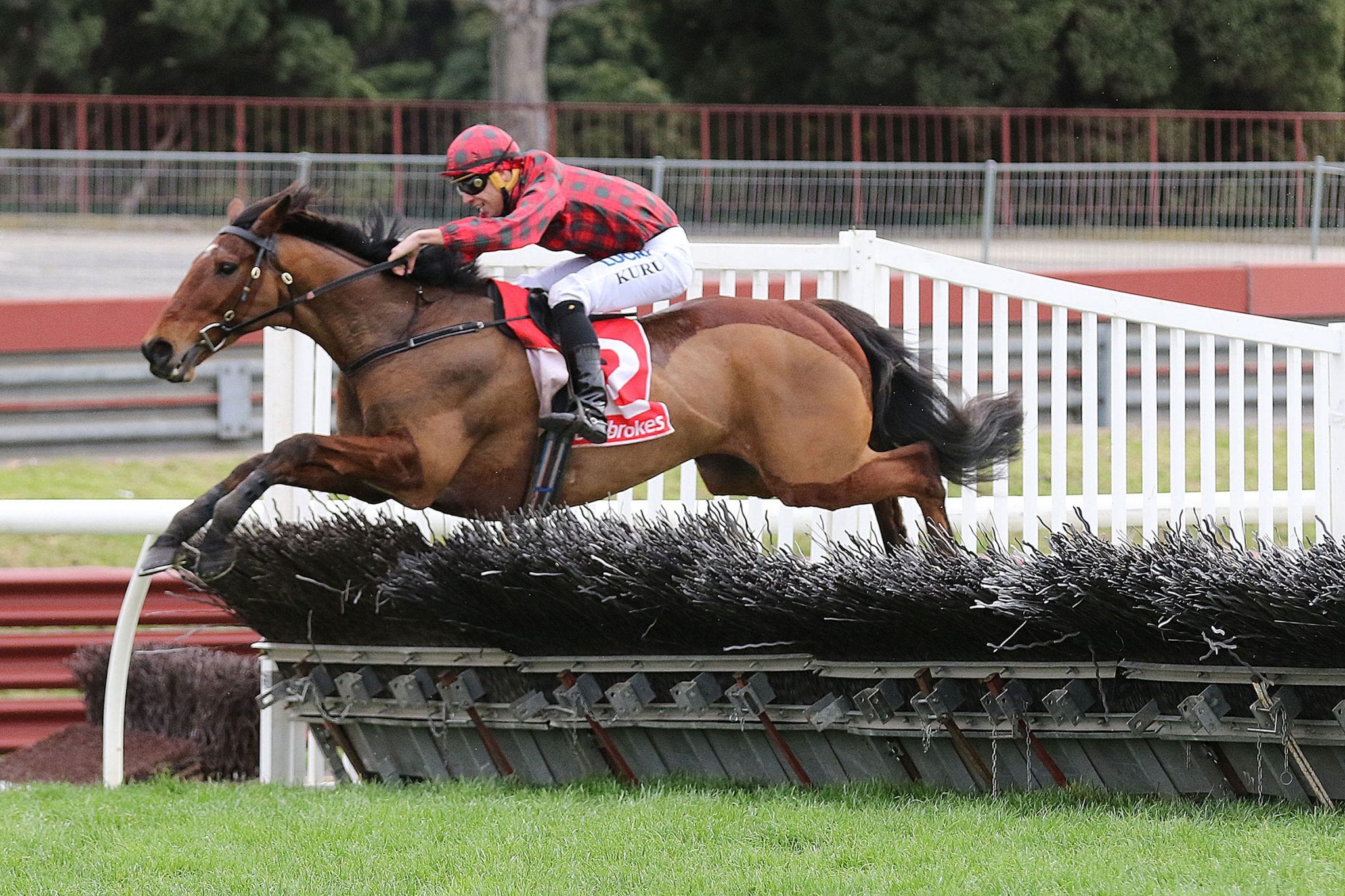 The exciting New Zealand jumper made headlines when winning the Grand National Hurdle-Steeplechase double two years ago and his connections would love to have another trip across the Tasman to watch their pride and joy.

The 10-year-old gelding attempted to defend his crown last year, however, his campaign was curtailed after his fifth placing in the Grand National Hurdle, won by compatriot Ablaze.

“When he won the Brendan Drechsler he got galloped on, but he was fine,” part-owner Jo Rathbone said.

“He just hit that last fence in the National (Hurdle) and he pulled up sore after that. He just wasn’t 100 percent, so we decided to take care of the horse and bring him home.”

He has pleased with his return this preparation and although he tailed the field home first-up at New Plymouth earlier this month, the 1800m distance was always going to be too short for him.

“He was fine, he recovered really well,” Rathbone said. “He was just following them around, it was a bit short for him.”

Tallyho Twinkletoe will have his second run on the flat at Hastings in the Agritrade Valagro Highweight (2500m) on Wednesday before trainer Kevin Myers begins to plot out a jumps campaign for the son of St Reims.

“I would say it will suit him a bit better being a bit further on Wednesday,” Rathbone said. “We are trying to get him ready for jumping later on, wherever that will be.”

While Australia remains the major goal once again, Rathbone said the owners are leaving that decision up to Myers.

“The (Grand National) double would certainly be the plan if everything goes well, but like last year, stuff can happen, so you have just got to take it day-by-day,” Rathbone said.

“We will just have to see how he comes up. I leave the planning to Kevin, so I don’t know what he has got up his sleeve.”

The Jo Rathbone-trained mare dominated the New Zealand jumping scene last year when taking out both the Pakuranga Hunt Cup (4900m) and Great Northern Steeplechase (6400m), however, after not being 100 percent early in her preparation this year, Rathbone decided to take a cautious approach and give her the season off.

“Training jumpers in New Zealand, it is the ultimate being able to win those two races. I was excited and proud to be able to do that,” Rathbone said.

“I brought her back in earlier in the year and she just wasn’t quite 100 percent. Instead of risking it, we thought she is still young enough, she is only eight, and we will give her a year off.

“She will probably come back in and work for a little bit next month and then we’ll put her out again for next year.”

As a result of missing the jumping season this year, Magic Wonder has likely raced for the last time over Ellerslie’s famed hill, which is earmarked to be developed if a merger between the Auckland Racing Club and Counties Racing Club is given the green light next month.

“It is certainly a shame,” Rathbone said. “When I used to ride, it (Ellerslie) was my favourite course. It is such a great test of stamina for the horse and for the rider. It is a great course and it will be a big loss, but I guess that is what happens, you have got to move with the times and make the best of the situation.”

While she won’t have the duties of Magic Wonder this year, Rathbone is excited about the prospects of a number of other runners in her Wanganui barn.

“I have got about a dozen in work at the moment,” she said. “I have got quite a few nice ones coming along on the flat.”