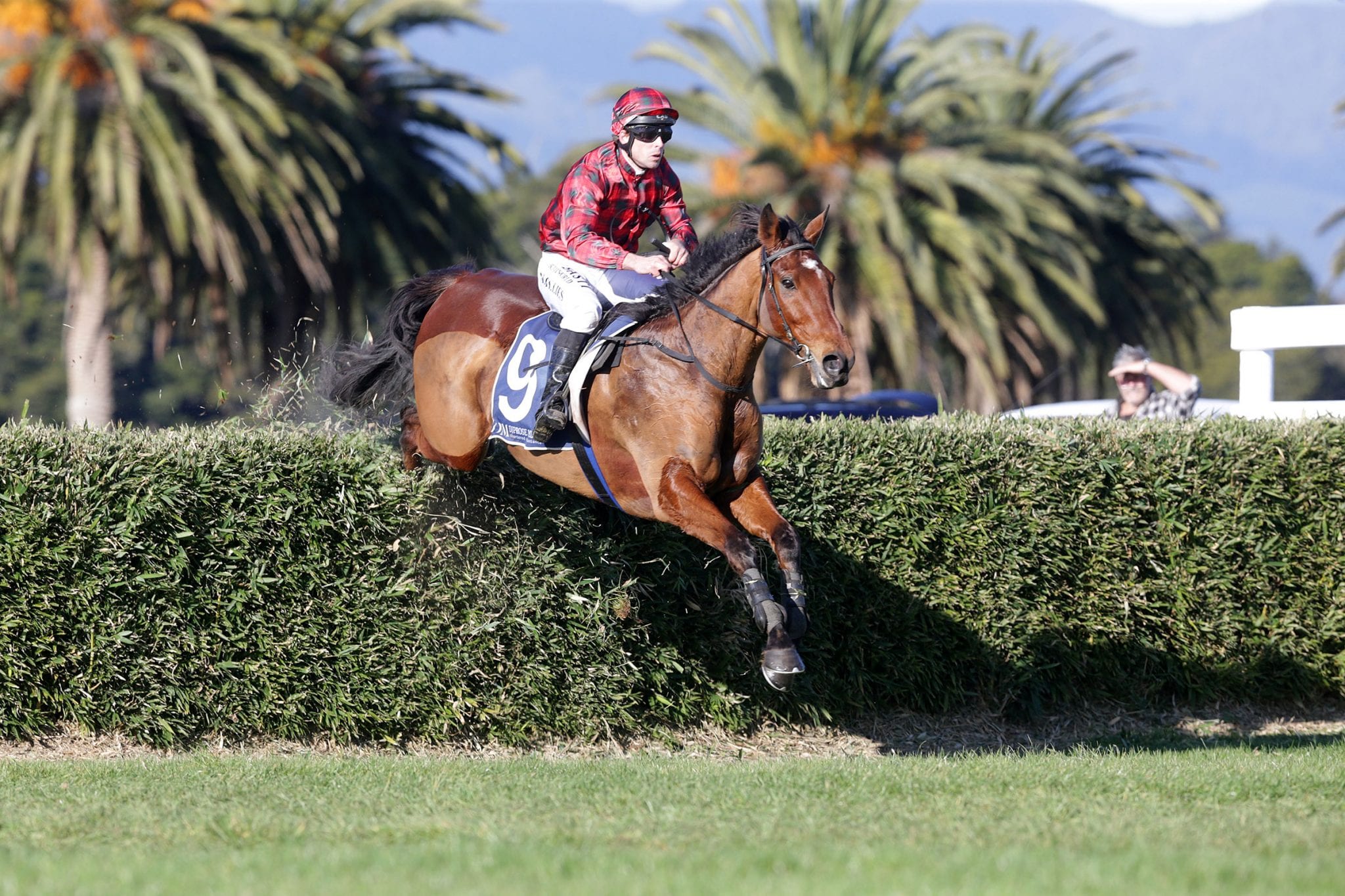 The rising 10-year-old gelding has arrived at trainer Patrick Payne’s Plumpton stable in superb order, according to the Victorian horseman, and he is primed to tackle his first-up Australian assignment, the Brendan Drechsler Hurdle (3500m). “He looks fantastic,” Payne said. “Jo Rathbone (part-owner) and Dummy (Kevin) Myers (New Zealand trainer) have done a great job, he looks fit, healthy and well, and all we basically have to do is keep him breathing.

Tallyho Twinkletoe had two runs in New Zealand prior to travelling to Victoria and Payne said he was buoyed by both runs, particularly his last start hurdle win at Wanganui last week. “They were excellent runs in New Zealand,” he said. “His run on the flat was as good as ever. I was a bit like Jo Rathbone, I thought at the 800m mark he was struggling a bit (last start), but he has got such a good engine he was able to keep going and it was a fantastic win in the end. “All of the good work has been done and we have just got to try and keep him the same.”

Payne is looking forward to Tallyho Twinkletoe having his first Australian outing since his Grand National Steeplechase win last year, but said he will have to be on his game to beat fellow Kiwi jumper Gobstopper. The Group 3 New Zealand Cup (3200m) winner has been in great form of late, winning the Australian Hurdle (3900m) in May and the Kevin Lafferty Hurdle (3200m) at Warrnambool last start. “Gobstopper has been in great form all the way through, but Tallyho Twinkletoe will give him a run for his money and hopefully he has a couple of extra runs in him too going into the two Nationals,” Payne said.

Destined to defend his historic National Hurdle and Steeplechase double next month, the ever humble Payne said he couldn’t take any credit for last year’s heroics. “It was a great feat for him to do that last year,” he said. “We are grateful that we have got him, but I can’t take the credit because all the work was already done. “It was just great to see the horse perform as well as he could.”

Payne will also line-up a further five New Zealand-bred jumpers at Pakenham on Sunday, including Killarney Kid and Slowpoke Rodriquez in the Mosstrooper Steeplechase (3500m). “I think Killarney Kid will bounce back (from finishing fifth last start),” Payne said. “He has trialled very well over steeples and he seems in great order. “Slowpoke Rodriquez is just a place chance on Sunday.”

Stablemates Speedy Jax and Michelin will contest the BM120 Steeplechase (3200m) and a gear change should assist Speedy Jax after placing in his 3800m Steeplechase at Casterton last start. “We have put the blinkers back on Speedy Jax, he races better with blinkers on,” Payne said. “Michelin ran fantastically on the flat last time and he will give a great sight on Sunday.”

Meanwhile, Payne intimated punters tread wearily with Eckhart in the Maiden Hurdle (3200m) citing it is an educational outing for the son of Pentire. “Eckhart is still learning, it’s more of an assessment run,” he said.