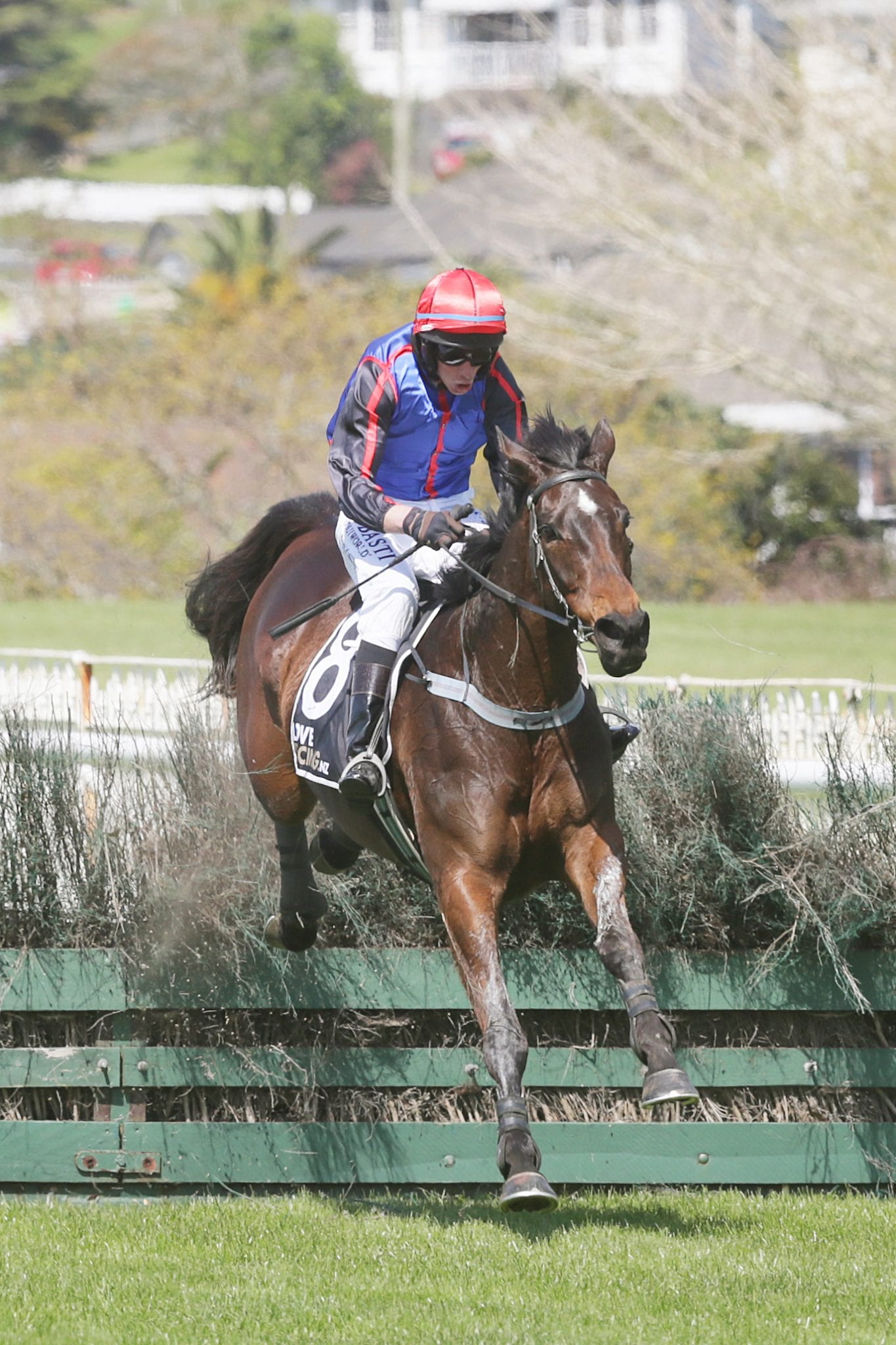 The winners of the two jumping features at Ellerslie smashed the existing track record on their way to convincing victories in their respective events on Sunday.

Whanganui chaser Magic Wonder now looms as a major hope in the famed Great Northern Steeplechase (6400m) in a fortnight after comfortably accounting for her rivals in Sunday’s CLC Pakuranga Hunt Cup (4900m).

Handled expertly by rider Barry Donoghue, the eight-year-old mare stalked the leaders for the last lap of the contest before striding clear coming down the Ellerslie Hill the last time. Donoghue had her travelling nicely after clearing the last fence and she maintained a powerful gallop to the line to suggest she will lap up the extra 1500m of the Northern.

Trainer Jo Rathbone was quick to single out Donoghue for praise as she walked her charge back to the stabling area for a well-deserved post-race shower. “Barry rode her perfectly,” she said. “He kept the leaders in sight early on and then moved up into a great position just in behind with a lap to run. When he asked her at the top of the hill she went clear pretty easily and was doing it nicely in the run to the post. “She handled the track really well so I don’t think she will mind it like this again (Dead 4 surface) for the Northern.”

Magic Wonder registered 5.49.31 for the 4900m journey which breaks the record held by grand jumper Frederick when he took out the 1974 McGregor Grant Steeplechase (4900m).

Earlier in the day exciting hurdler Aigne provided owner Neil O’Dowd with a heart in the mouth moment at the finish of the Corzon Maize Pakuranga Hunt Hurdle (3350m). Rider Dean Parker looked to have timed his run to perfection when he skipped three lengths clear on the Kevin Myers-trained eight-year-old over the last fence but was all out to hold the late charge of outsider Delegate.

The official margin of victory was just a head which had O’Dowd sweating as he waited for the result to be posted. “All I said to Dean when he came back in was well done as we will dissect the effort a bit more later on,” O’Dowd said. “I’m not sure whether the horse has eased off or not but he got the result we wanted so that’s all I can ask for.”

O’Dowd had been fearful that the firm track conditions would play against Aigne however after failing to qualify for a second tilt at the A$304,000 Jericho Cup (4600m) at Warrnambool in late November, he and Myers opted for plan B which was to tackle both the Pakuranga Hunt Hurdle and the Boutique Body Corporates Great Northern Hurdle (4190m) in a fortnight.

“The programme mucked him up as we were aiming for the Jericho but when he finished fourth in the qualifying race that was off the table,” he said. “We had to run him today to see what happened as we are keen to tackle the Great Northern as well.

“He’s a very good jumper and I don’t think he will have any problem with the extra distance of the Northern. “We’ll just have to see how he comes through this but we are now playing with dry tracks so that will limit things. “I did say to them here to leave the sprinklers on so hopefully we can get some rain.”

Jumps statistician Chris McQuaid confirmed the winning time of 3:52.68 for the 3350m journey was both a new race record and Ellerslie track record for the event after stablemates Revolution and No Tip set up a breakneck speed in front for most of the race.