Road To The Jericho begins 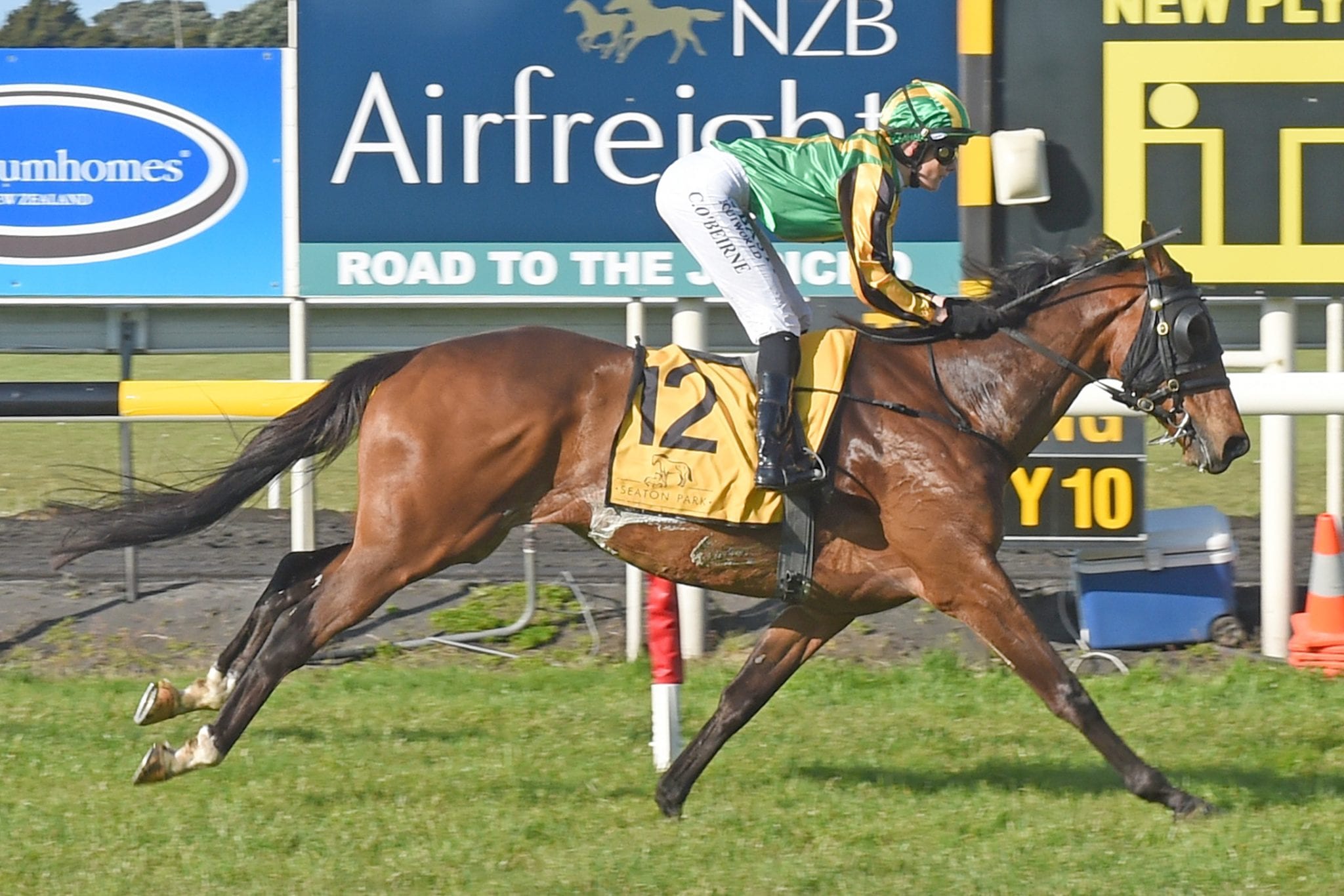 The road towards The Jericho Cup (4800m) at Warrnambool on November 29 will begin at New Plymouth on Saturday for the victor of the qualifying race of the same name. The NZB Airfreight sponsored 3210m race was taken out by Aigne last year and owner Neil O’Dowd is hoping he can replicate the result in this year’s edition.

The son of Sufficient has been in a purple patch of form of late, winning his last three races, including the Parliamentary Handicap (2100m) and Awapuni Hurdles (2900m). His success has given O’Dowd something to look forward to as he continues to recuperate from a fall earlier this year.

“I cracked four ribs, punctured a lung, and knocked myself out. I was in hospital for three days and they put a drain in me and drained my lungs,” he said. “I am getting better. I am still having problems with my eyes, but the body is good. “I have got an appointment with a specialist later on this (Thursday) afternoon.”

O’Dowd has been pleased with the way Aigne has been going for trainer Kevin Myers and he is looking forward to watching his pride and joy go around this weekend. “He is going pretty well,” O’Dowd said. “I would have liked him to have run at Hawke’s Bay, but Kevin and I talked about it and the ground was too hard. “We asked the leprechauns for rain at New Plymouth and we have got it, so hopefully that plays into our hands.

“You are always apprehensive because there are a lot of good horses in there that you have got to beat. He has had five weeks between runs so he should be as fresh as a daisy.”

While The Jericho Cup in November is a key target should Aigne win on Saturday, O’Dowd said more immediate plans are less clear. “I will talk to Kevin on Saturday and we will go from there,” he said. “You have got the Pakuranga Hunt the following week, but if the ground is too hard there is no point. “Then there is the Northern, but we have just got to look at the ground, it is pointless running them on hard ground.”

Aigne has been installed a $2.20 favourite for Saturday’s contest by TAB bookmakers, ahead of Junior at $5.50.