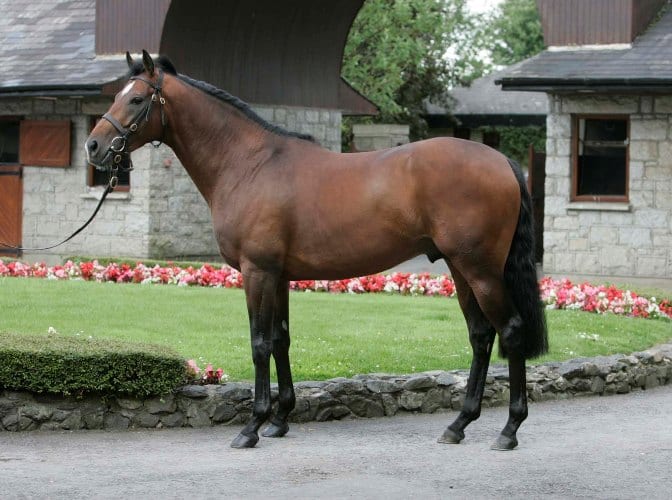 The progeny of regally-bred stallion Raise The Flag continue to make an impact on staying and jumping features in Australia. The White Robe Lodge stallion is the sire of Tuesday’s dominant Warrnambool Grand Annual Steeplechase (5500m) winner Ablaze.

The win comes less than a month after Raise The Flag’s daughter Etah James took out the Group 1 Sydney Cup (3200m) while a host of progressive staying and jumping prospects, including Novice Hurdle (3200m) winner Riding High, continue to ably represent the South Island stallion.

A son of the great Sadler’s Wells, Raise The Flag’s dam is the stakes-winning mare Hasili, dam of Group 1 winners Banks Hill, Intercontinental, Cacique, Heat Haze and Champs Elysees in addition to Group 2 winner Dansili, who went on to became a champion sire.

Unplaced in his only raceday start, Raise The Flag retired to respected Otago nursery White Robe Lodge in 2010, with a similar profile to the farm’s great stallions Mellay and Noble Bijou. Stud Manager Wayne Stewart hasn’t been surprised by the recent run of form of the progeny of the resident sire and said a mix of genetics and environment were responsible for the success.

“There have been a lot of good horses to come off the Taieri Plains for a long, long time,” Stewart said. “The likes of Melbourne Cup winners Baghdad Note and Tawrrific were both raised here and then a lot of the good Mellays, Noble Bijous and then Yaminin Vitals. “I think the key to it is the natural environment. Our grass is all naturally grown. We have no irrigation and it is a good climate where you get enough rainfall to grow the grass and they’re brought up good and sound. “The horses are all grown out in good paddocks on plenty of acreage with plenty of scope to move around. “We don’t push them early and we’re not force feeding them and it certainly helps.”

Raise The Flag has had 30 runners in Australia for 23 winners, five of which are stakes winners, including Etah James, Broadside, Yogi, Parthesia and Civil Disobedience. Despite the strong performance of the southern sire after covering good numbers from his early books, the wait and see nature of staying stallions has meant the volume of mares patronising the blueblood have dried up in recent years. Over the past five seasons Raise The Flag has covered books of 7 (2015), 12 (2016), 26 (2017), 19 (2018) and 9 (2019) at Brian and Lorraine Anderton’s White Robe Lodge.

“We’re the only ones and a handful of clients that have stuck with him, but his stats in Australia are so impressive,” Stewart said. “He has been a victim of the way the New Zealand racing economy is. Get horses up and going and sell them in order to survive. “He doesn’t really fit that trade to Asia or Ready to Run market as you have to be more patient and wait. “We have definitely had a lot more enquiries this year. We’ve even had quite a few from Australia of people wanting to send mares over. “He just leaves good correct horses and really clean winded horses. Every one of them I have ever scoped has been a grade 1. They have unreal temperaments too.”

New Zealand bred horses have won 15.6 percent of Group 1 races in Australia this season from 6.8 percent of runners with a number relishing getting over ground. “When our horses get to a mile or middle distances we’re very competitive,” Stewart said. “We always have been and always will be. “I think the Sydney Cup result with Etah James winning and The Chosen One, another southern bred running second, shows our horses are more than up to it.”

Stewart believes the improved training conditions in Australia has also assisted the progression of the young stock that have emerged from White Robe Lodge. “The way the Australians train horses now, they’ve got some lovely set-ups with the uphill gallop at Ballarat or the beach training at Warrnambool or even Henry Dwyer, who trains Riding High, with his property at St Leonards and the horses just thrive on it,” he said.

Stewart believes there is a lack of staying maiden races in New Zealand, while he also pointed to the lack of jumping races in the deep south as to why a number of the horses are traded rather than remaining in the training care of Brian and Shane Anderton.

“Riding High was probably the most recent Raise The Flag in training that we sold and I sold a couple of Raise The Flag yearling fillies just before Christmas to the owners of Ablaze,” Stewart said. “Quite often it’s not big money, but they’re good, sound horses. They might be six years of age but they’re more like a three-year-olds because they haven’t been knocked around. “If we had more jumping down here like we did ten years ago, we’d be taking them over ourselves, but I was talking to Brian this morning and we will keep on selling them. “We just want to breed nice, good, sound staying horses. That has always been our market.”