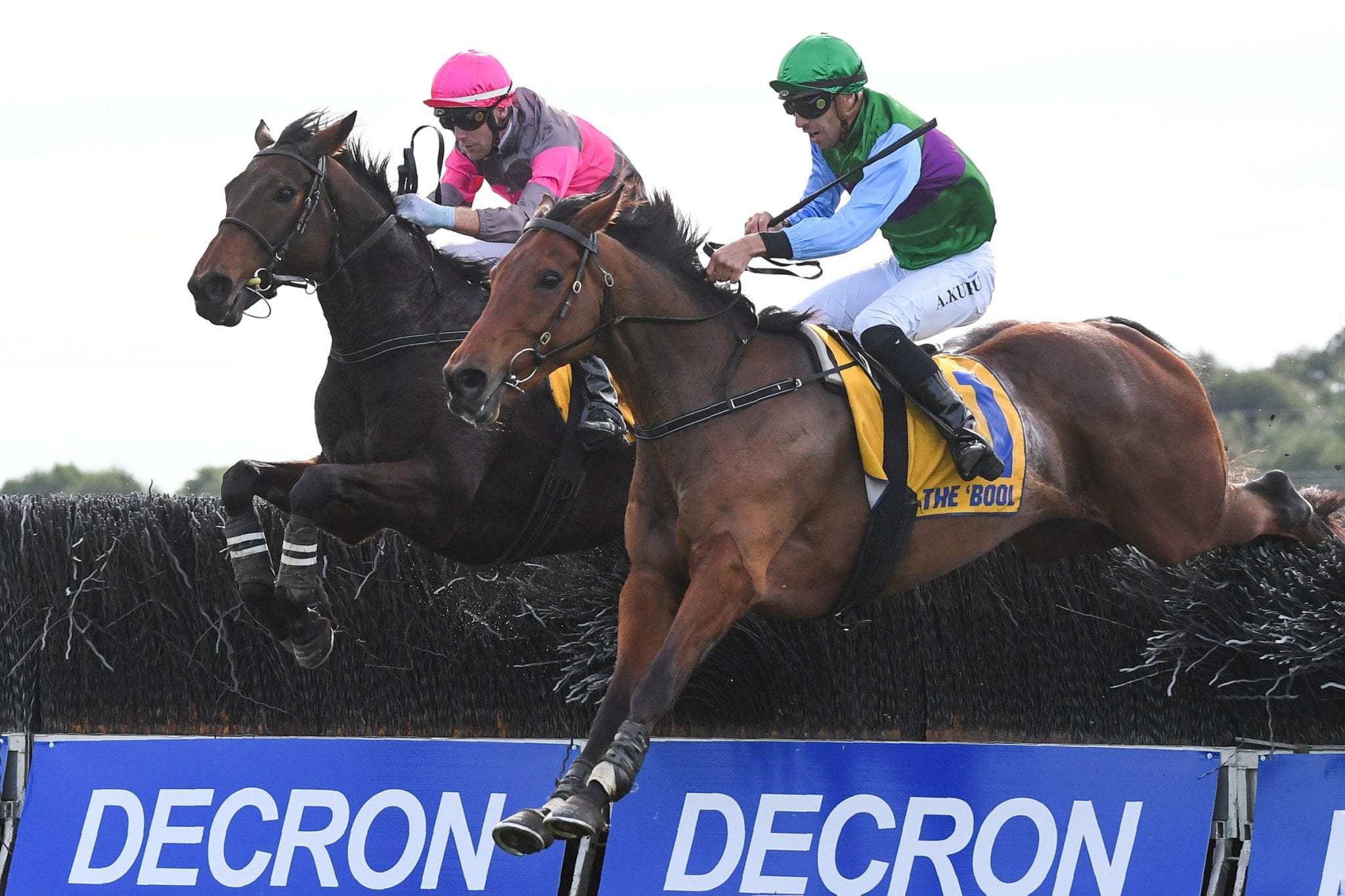 Another Kiwi duo will go down in racing folklore after their herculean battle at Warrnambool, Australia on Thursday.

In Bonecrusher versus Our Waverley Star fashion, New Zealand-bred jumpers Zed Em and Gold Medals went toe-to-toe from the 600m in the Grand Annual Steeplechase (5500m) and left their younger rivals in their wake.

The evergreen gallopers were inseparable going over the last fence, but Gold Medals was able to eke out a length lead on the flat, which he was able to maintain despite the rallying efforts of topweight Zed Em.

It continued a great rivalry between the pair, with Gold Medals beating Zed Em in the Grand Annual in 2018 before his compatriot was able to even the ledger a year later, and both placed behind fellow Kiwi-bred Ablaze in last year’s running.

Gold Medals’ trainer Symon Wilde was left in awe after the win of the 11-year-old and fought back tears as he addressed media in the race’s aftermath.

“He is (a champion) to us,” Wilde said. “He is not the greatest horse in the world, but he is an amazing horse.

“That is something else. With 600m to run the crowd got up and it’s incredible the rivalry that these two have.

“That horse (Zed Em) was fantastic with the weight (71kg). It just goes to show those two are still the kings.”

Purchased by Wilde out of Westbury Stud’s 2011 New Zealand Bloodstock Select Yearling Sale draft for $30,000, Gold Medals has shown longevity having raced in every season since he was a two-year-old.

“What an athlete to be able to turn up year after year,” Wilde said. “He is almost like a pet and the staff at home all love him.

“Dad just picked him as a yearling at Karaka based on value and from an athletic point of view.

“We’re lucky we train at Warrnambool. The beach and our country environment has helped with his longevity and I think in later years we have learnt how to manage him. He has just been aimed at what he is good at, which is May.”

Gold Medals’ last victory came in the Grand Annual three years ago and jockey Clayton Douglas, whose father Viv trained three winners of the famed race, was thrilled to partner him to a second Annual win.

“He is the only horse I have ridden in the Annual,” Douglas said. “He is an incredible horse and it was a massive effort by the team to get him back up.

“He hasn’t had a jumps (race) this prep. We were umming and ahhing with the Brierly. I wanted to run him in the Brierly, but Symon said he didn’t want to wreck him for the Annual.”

Douglas said it wasn’t a faultless run, but Gold Medals showed his tenacity to rally late.

“He made a couple of mistakes early, but I had him in an ordinary spot where I didn’t really want to be in and I was jumping a bit blind, but he is just incredible,” Douglas said.

“He is one of those horses that just travels so well in the run. A long way out I was still travelling and even at the second to last I really asked him for a deep effort and he went on and won the race.

“Zed Em was very strong to the line as well. It was a great competition between the two of them and there is not much between them.”

For good measure the Wilde-trained Georgethefifth, a son of Sakhee’s Secret, finished third to complete a New Zealand bred trifecta.