Harris excited about Group One duo 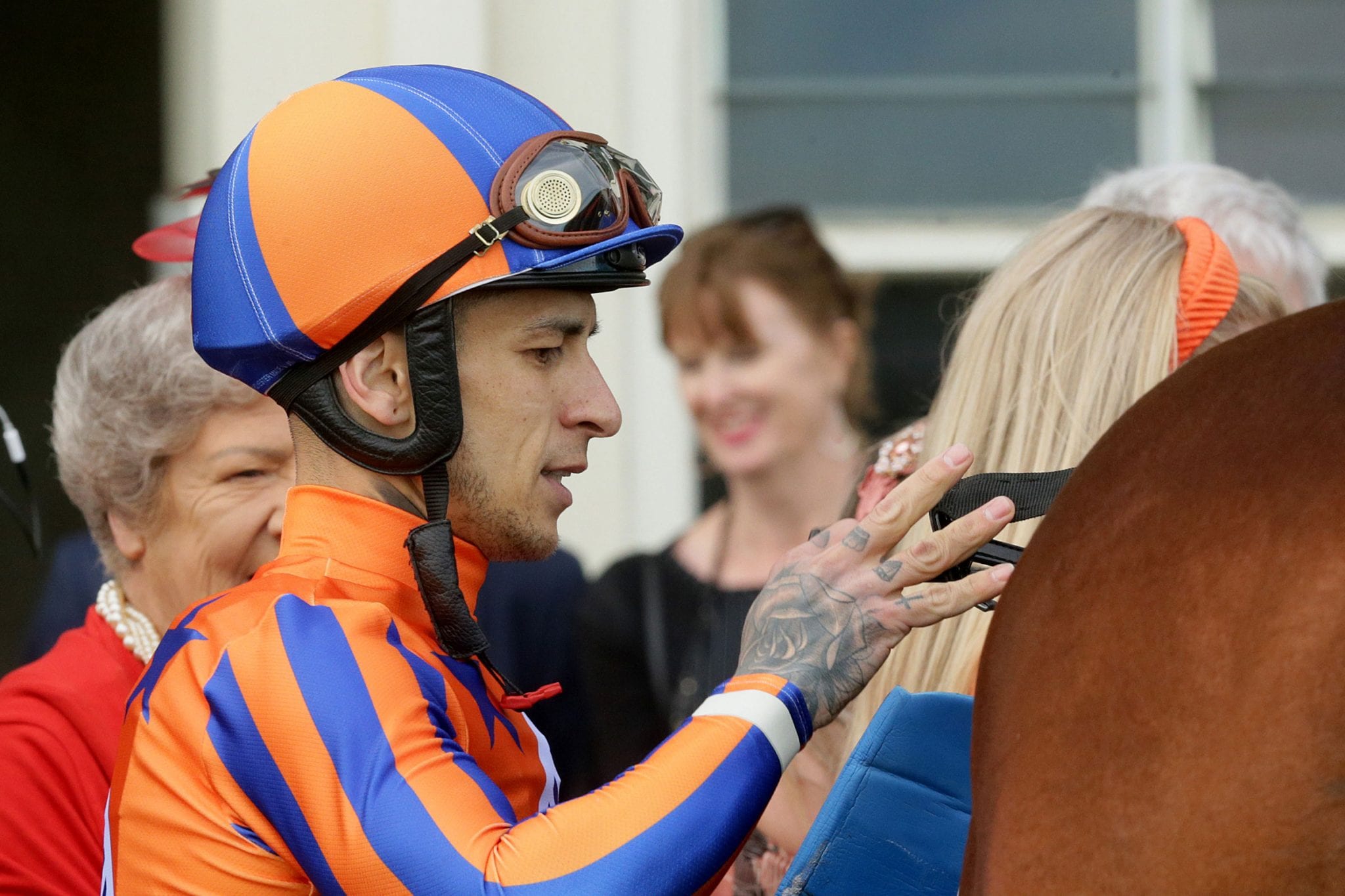 Despite being booked for only two rides, Saturday’s Auckland Cup meeting at Ellerslie has the potential to be a special day in the saddle for Troy Harris.

The 32-year-old has recorded six Group One victories in his riding career, and he has two strong chances to add to that tally this weekend.

Harris will ride Sound, the +250 favourite for the Group 1 Barfoot & Thompson Auckland Cup (3200m), while dual New Zealand Horse of the Year Melody Belle is the +150 second favourite in the Group 1 Bonecrusher New Zealand Stakes (2000m).

“It’s pretty exciting, I can’t wait for Saturday,” Harris said. “I’ve ridden both of those horses in their work this week and they both galloped extremely well, so I think they’re going to be great rides on Saturday.”

Harris has a special affinity with Melody Belle, having ridden her three times for three wins, all at Group One level. The pair have teamed up to win the BCD Group Sprint (1400m), Windsor Park Plate (1600m) and Livamol Classic (2040m).

“She’s a special horse and she’s been so good to me all the way through,” Harris said. “I’m stoked to be back on her again on Saturday.

“I ride her most mornings too, so I know her really well. She’s been feeling great since the Herbie Dyke (Group 1, 2000m) last month and I think her work this week has been just as good as it was leading into her Livamol win in the spring. That gives us a little bit of confidence.”

Harris had his first ride on Sound three weeks ago, finishing second in the Group 2 Avondale Cup (2400m). Carrying 59kg, he was beaten by a neck by Robusto, who was on the 52kg minimum.

Under the set weights and penalties conditions of the Auckland Cup, Sound drops to 57kg, while Robusto rises slightly to 53.5kg.

“He ran a very good race in the Avondale Cup, and he probably needed that run a little bit,” Harris said. “He just came to the end of it a little bit in the last 100m. He’s been going really well since that race.

“The conditions of this race suit him beautifully. He comes down a couple of kilos, and I think he’ll run the 3200m out really strongly. I’m looking forward to riding him on Saturday.”

“I’m pretty happy with the season I’ve had so far,” he said. “I do struggle a bit with my weight, so my opportunities are kind of limited.

“But Jamie Richards and the Te Akau team have been huge supporters. I’m really grateful for all the opportunities they’ve given me.

“Things have been ticking along nicely over the last few weeks, and I’m excited about my rides on Saturday.”

With his significant involvement as a trackwork rider for Te Akau, Harris is familiar with both of the stable’s key contenders for Saturday’s Group 1 Sistema Stakes (1200m) – current -133.33 favourite Sword of State, and Karaka Million (1200m) hero On the Bubbles.

Harris was in the saddle for Sword of State’s most recent start, winning the Group 3 Waikato Stud Slipper (1200m) at Matamata by six and a half lengths.

“I think Sword of State is going to be pretty hard to beat in that race this weekend,” Harris said. “The only concern I’d have for him is track conditions – I think he needs a decent track, so they wouldn’t be wanting much rain leading into Saturday.

“On the Bubbles is a classy two-year-old as well, but I won’t be surprised if Sword of State is a bit too sharp for him again on Saturday.”