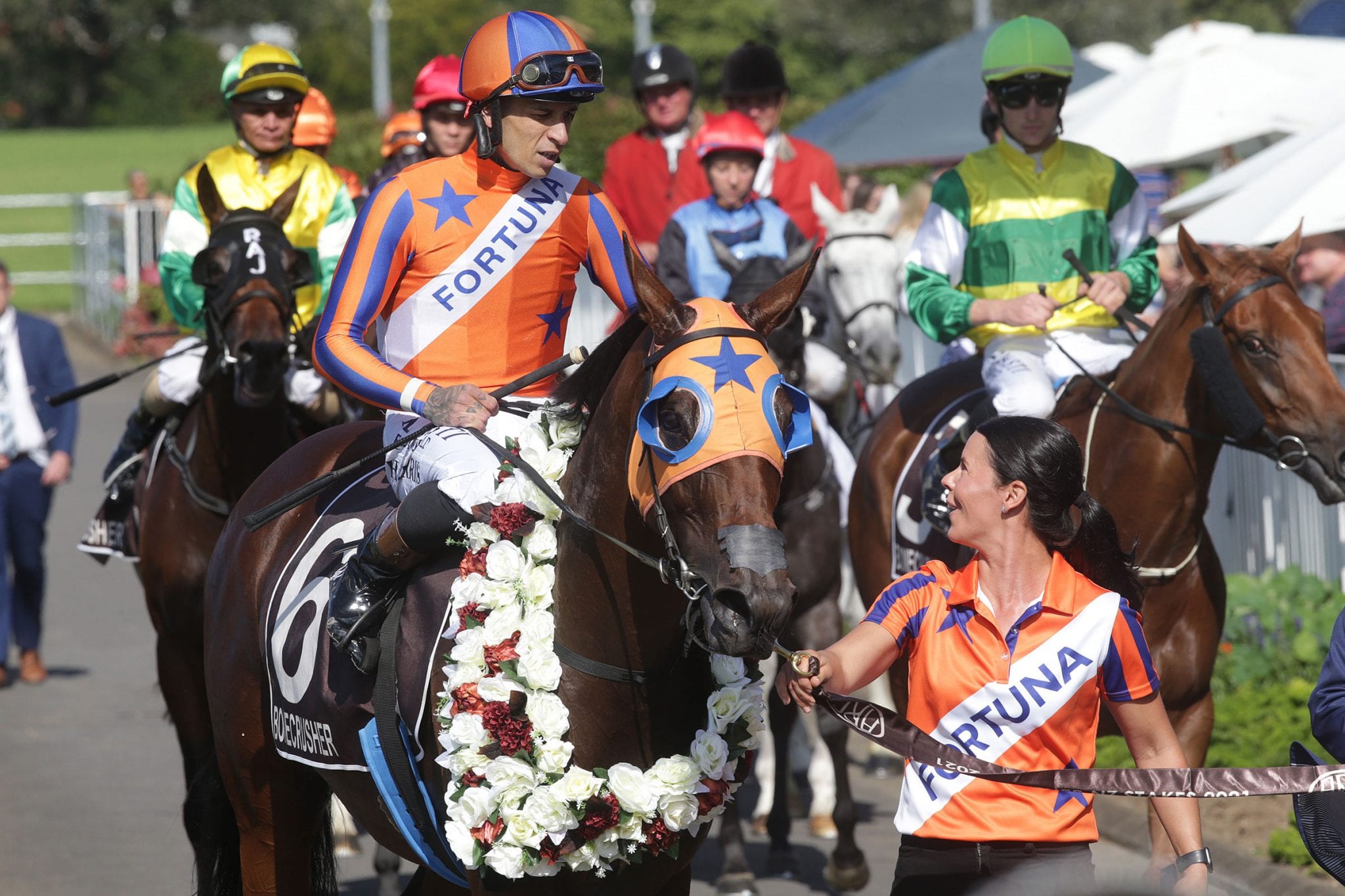 Melody Belle, New Zealand’s darling of the turf, will continue her farewell tour in Sydney later this month.

Fresh off her history-making win in the Group 1 Bonecrusher New Zealand Stakes (2000m) at Ellerslie on Saturday, the Jamie Richards-trained mare will fly to Sydney next week in preparation for the Group 1 Tancred Stakes (2400m) at Rosehill.

“She is booked to fly on March 25 and she will be able to work that morning and go straight into the Tancred,” Fortuna Syndication’s John Galvin said.

“The only reservation would be track conditions. If it was a really heavy track we might not want to race her at 2400m because it is the first time she would have raced at that distance.

“2000m is clearly her pet trip and she is pretty dominant at it from what we have seen.

While looking forward to the Australian leg of her farewell tour, Galvin was left pondering on Monday the significance of his mare’s accomplishments, after she brought the curtain down on her New Zealand racing career in the best possible fashion on Saturday.

“There were all sort of emotions on Saturday,” Galvin said. “The fact that it was her 14th Group One win and it was a magnificent occasion on Auckland Cup day at Ellerslie.

“Her previous start had led to a failure when she ran at Te Rapa in the Herbie Dyke (Group 1, 2000m), through no fault of her own, so there was an extra edge and pressure there.

“My main emotion was relief that once again we saw how good she was.

“It was fantastic to be there with the crowd, the weather, and the big group of owners, many of them were there and there was a lot of emotion.”

“He is a lovely rider and rode her perfectly,” Galvin said. “He has had four rides for four wins on her, and that’s five Group One rides and five wins for Troy on Fortuna horses. He has ridden for us 14 times in total, for 11 wins. It is a pretty good strike-rate.”

Purchased by Te Akau principal David Ellis for $57,500 out of Haunui Farm’s 2016 New Zealand Bloodstock Premier Yearling Sale draft on behalf of Fortuna Syndications, Melody Belle has become the flagbearer for the syndicator, and Galvin said she will be sorely missed when she retires at the end of this campaign.

“She is a flagship race mare for us,” he said. “We did have Tell A Tale who was a Group One winner and top three-year-old. This girl has taken it to another level, so it has been really important for us.

“My wife, Jessica, has got a share in Melody Belle, so that has been particularly important for us as a family, with our young children. She is a favourite amongst the household.”

With Melody Belle raced by a syndicate of 34 people, the glamour mare will be sold at the conclusion of her racing career in the coming months before she heads to the broodmare paddock.