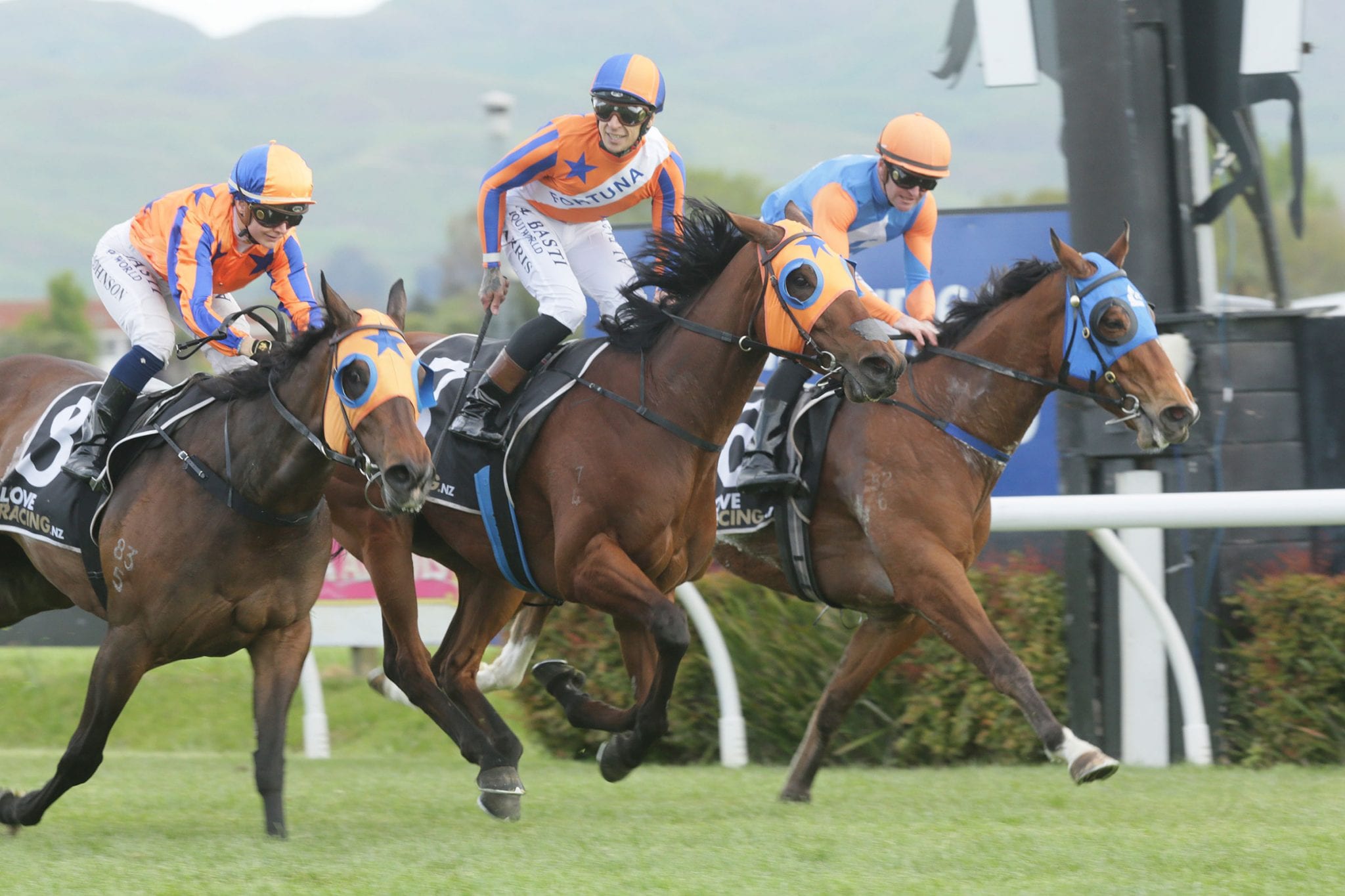 Bookmakers may be favouring defending champ Avantage in Saturday’s Group 1 Bonecrusher New Zealand Stakes (2000m) at Ellerslie but her trainer Jamie Richards is backing Melody Belle as the pick of his pair.

Richards will clash the glamour pair in a race each has won in the past two years, favouring 13-time Group One winner Melody Belle over a middle distance.

“In my mind, Melody Belle is a little bit better at 2000m,” Richards said.

“There wasn’t much between them at Hastings over the mile (when first and second in the Group 1 Windsor Park Plate) and then Melody Belle was pretty dominant over 2000m in the last leg (Group 1 Livamol Classic).

“I love both horses and they’ve both done a wonderful job but if I’d have to say which I think is going better over 2000m, I’d say Melody Belle.”

TAB bookmakers installed Avantage a +100 opening favourite for the New Zealand Stakes but she has drifted to +110 as Melody Belle shortened from +190 to +150 on Thursday.

Melody Belle has won a 1230m trial at Rotorua since her unplaced run in last month’s Group 1 Herbie Dyke Stakes (2000m) at Hastings and will be reunited with jockey Troy Harris, who is unbeaten in three starts on the Commands mare.

“Troy is really happy with how she’s moving and how she’s going. She’s tightened up nicely from the trial and she’ll give them a real shake on Saturday. We’re very pleased with her,” Richards said.

“She was disappointing at Te Rapa but through no fault of her own. She was a little bit flat at the 600m but from there it was race over because she never really got any room.”

A winner of 18 of her 37 starts, Melody Belle would become New Zealand’s leading winner of Group One races if she was to win on Saturday, going one up on champion mare Sunline.

Avantage, a winner of eight Group One races herself, is shooting for a fifth straight victory at elite level after success in her past four in the Railway (1200m) at Ellerslie, the Telegraph (1200m) at Trentham, the BCD Group Sprint (1400m) at Te Rapa and the El Cheapo Cars WFA Classic (1600m) at Otaki.

“She’s in really good form. But there was no Melody Belle in this race when she won last year,” Richards said.

“We’ll just get through Saturday first but we have Australia in the back of our mind for Melody Belle, a farewell tour through Queensland.

“Avantage has had a busy season but we could see her at Te Aroha (for the Group 1 Fiber Fresh New Zealand Thoroughbred Breeders’ Stakes over 1600m on April 10) back to a mile with a month between runs or we could see her in the Coolmore Legacy (Group 1, 1600) at Randwick.”

Richards also has the first two favourites in the Group 1 Sistema Stakes (1200m) for two-year-olds, bookmakers installing last-start Group 3 Waikato Stud Slipper (1200m) winner Sword Of State as a $1.75 top elect ahead of his Karaka Million 2YO (1200m)-winning stablemate On The Bubbles, second in the Slipper, at $3.20.

“They have both come through that race great – really pleased with both of them,” Richards said.

“They are both good-doing horses with good constitutions and good temperaments. Sword Of State has a wonderful attitude for a colt, one of his best attributes.

“We’re going into it with two very good chances and I wouldn’t swap my two with any others.”

Richards will round out his Group One assault on Ellerslie with In A Twinkling contesting the Barfoot & Thompson Auckland Cup (3200m).

“He had a good hit-out on Tuesday and it’s been three weeks into the Cup from the Avondale Cup. He does need to improve a bit – I was a bit disappointed with him last time but it’s hard to fault what he’s doing (in trackwork) at home.”

Richards will also have his eye on Australia with Savabeel mare Probabeel, the second favourite for the $A5 million All Star Mile (1600m) at Moonee Valley after her last-start win in the Group 1 Futurity Stakes (1400m) at Caulfield.

“She’s been to Moonee Valley for the Cox Plate (Group 1, 2040m) and the 1600m is her optimum distance. She goes into a $5 million race as a really good chance which is really exciting.”