Richards out to continue dream season 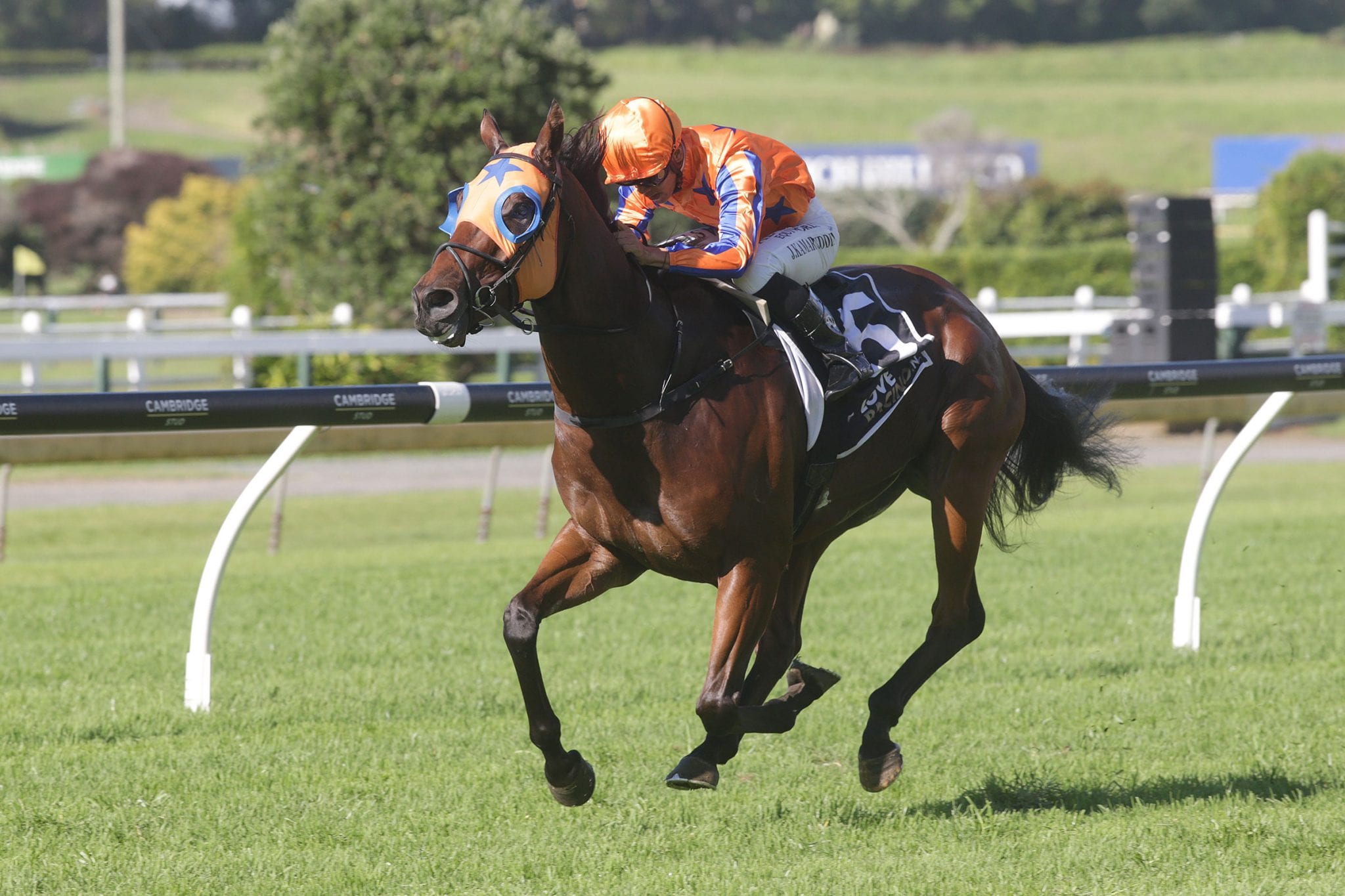 Te Akau trainer Jamie Richards will be looking to extend what can only be described as a dream season when he lines-up a couple of stakes favourites this weekend.

The 31-year-old horseman sits atop the New Zealand Trainers’ Premiership with 147 wins, 35 of those at stakes level, surpassing Murray Baker and Andrew Forsman’s previous national record of 143 wins in a season.

Richards has won 13 of the 21 Group One races offered in New Zealand this term, with another four stakes victories in Australia, two at Group One level.

His success has been headlined by the deeds of record-setting mare Melody Belle, who surpassed Sunline’s record of 13 Group One victories when winning the Bonecrusher New Zealand Stakes (2000m) at Ellerslie last month.

While Avantage’s success on the track cannot be overshadowed, winning five Group One races this season, including the NZ Thoroughbred Breeders’ Stakes (1600m) earlier this month – her ninth Group One victory.

“Melody Belle, Avantage, and Probabeel have all been fantastic mares and a privilege to train,” Richards said. “Each of them won the Karaka Million 2YO (1200m), which showed their natural ability, but they’ve trained on as older mares to do an incredible job for their connections and helped put New Zealand racing in the spotlight.

“Kahma Lass won the 1000 Guineas and is now a very valuable broodmare for Cambridge Stud. We have a close relationship with them and Dave (Ellis) usually buys a yearling or two for them each year. So, to have ended up with Probabeel and Kahma Lass for Brendan and Jo (Lindsay) shows what a good job he is doing of selecting the right horses.

“Amarelinha had a breakthrough season, culminating with her New Zealand Oaks (Group 1, 2400m) win. She was absolutely brilliant winning the Eight Carat (Group 2, 1600m), which was probably one of her better wins. She ran a super race in Karaka 3YO Classic (1600m) when she was just beaten by the highly touted Aegon.

“Amarelinha continued to train on, was impressive in the Oaks, and looked like she’d come to the end of her preparation last weekend in the AJC Oaks (Group 1, 2400m) in Sydney. But, she still did a wonderful job finishing fourth and it’s been a great season with her.

“Both Sword of State and On the Bubbles have been two two-year-olds that have headlined a good season for Te Akau with the juveniles. Sword of State has been fantastic all season, with four wins and a third in five starts. He won both the Matamata Slipper (Group 3, 1200m) and Sistema Stakes (Group 1, 1200m) by big margins and he’s a colt with immense talent. We’re looking forward to his three-year-old season.

“And, On the Bubbles has been fantastic all season. We gelded him in the spring, but he really turned the corner and of course gave everyone a massive thrill winning the Karaka Million 2YO. He was only beaten twice all season and that was by Sword of State.

“The season has panned out really well. All staff, at the stud and the stables, have combined to make it all possible and I’m very proud of how it’s going for everyone concerned.”

While pleased with the season to date, Richards said it is not over yet and he is hoping a couple of the stable’s runners can add to the tangerine army’s growing tally this weekend.

It will be his first test at stakes level and Richards believes he is more than up to the task.

“Markus Aurelius is going well and I’ve been pleased with the way he has trained on,” Richards said. “He likes his races spaced, but brings the right form line to be competitive, and having won his last two starts on the course certainly helps.

“He’s drawn a little awkwardly (10). We’ll probably look to be positive and hopefully he can slot in and get some cover.

“He is versatile and has finished off strongly when ridden off the pace, so we do have options.”

TAB bookmakers are confident Markus Aurelius can give Richards his 36th New Zealand stakes win this season, installing him as a +120 favourite for the Group Two feature.

Richards won’t have to wait long to compete for further stakes spoils, with Mai Tai heading south to Awapuni on Sunday to line-up in the Listed Manawatu ITM ANZAC Mile (1550m).

The four-year-old daughter of Atlante has won three of her last four starts, including a fresh-up victory at Ellerslie earlier this month.

The ANZAC Mile will be her first tilt at stakes glory and Richards is expecting another positive run.

“I think it’s a nice race for her and she’s going well,” he said. “We had considered running her in the Easter Handicap as well, but thought the Listed race was probably an easier option at this stage of her career. She is a good mare and appears to be training well.”