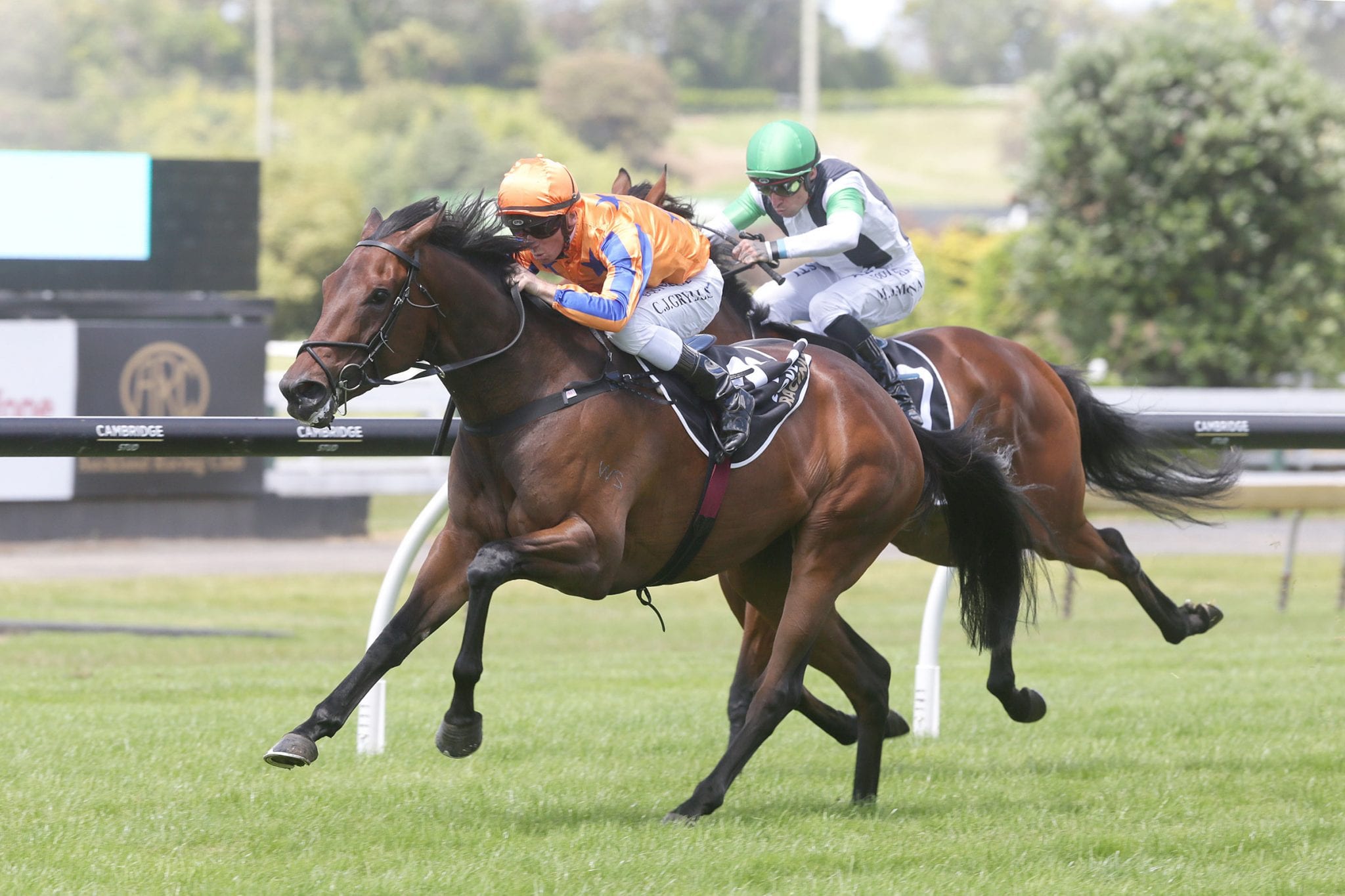 It’s a case of business as usual for Te Akau Racing trainer Jamie Richards despite the postponement of the Golden Slipper racemeeting at Rosehill due to heavy rain on Saturday, and over the days preceding.

Officials elected to push the card back by a full week, with the knock-on effect that all of the feature race days in Sydney through the autumn will be run a week later than scheduled.

Richards has a number of his stable stars set to travel to Sydney for black type assignments in the coming weeks including the star of the show at Trentham on Saturday, Group 1 New Zealand Oaks (2400m) winner Amarelinha.

Richards was enjoying the aftermath of another successful Saturday after producing Need I Say More to win the Group 2 Wellington Guineas (1400m) ahead of a stunning performance by Amarelinha in the Oaks, where she won eased down by a length after botching the start and nearly dislodging rider Opie Bosson.

“You never take this game for granted and Group One races are never easy to win, so I’m very thankful that we could get another one with Amarelinha,” Richards said of his 44th Group One win of his training career.

“She gave us a bit of a fright at the start and Opie nearly lost his inside iron, but thankfully it worked out well and I was confident at the 800m that, if she could stay the distance, she was going to be hard to beat.

“The whole team is going well and our operation is really firing. Dave (Ellis) is buying the right horses, our systems that have been developed over the last thirty years are working well, we have very capable and dedicated staff and we have a great bunch of owners involved so it is all very satisfying.

“It’s been an unbelievable season and hopefully we can carry on even further.”

While Richards was pleased with the performances of Amarelinha, Need I Say More and Cornflower Blue, who ran third in the Wellington Guineas, he was left scratching his head over the effort by Brando in the same race after the Savabeel colt finished a lacklustre seventh in his first run back following a similar performance in the Group 3 CS Hayes Stakes (1400m) at Flemington in February.

“We’re going to give him a good going over as he disappointed with that effort,” he said.

“I was pleased with him as his work had been good, but it might be that Australian race took more out of him than we thought it did.

“He’s too good a horse to be performing like that, so I would expect he will bounce back once we have a bit more of an understanding of what went wrong.”

While there is plenty more to achieve in New Zealand over the last four months of the season, Richards will be focused on the members of his team heading to Sydney, although he will be keeping a close eye on track conditions there over the next few weeks.

“It was certainly a shame for them that they got the rain they did and had to postpone Saturday’s meeting,” Richards said.

“It didn’t really have too much effect on us as we are going to stick to the plans we had made for our horses before the shift in the carnival dates was announced.

“In my experience if you start to alter things too much, that is when problems can occur.

“We will assess when our horses fly over, but in some cases the delay could be a good thing.

“If Amarelinha goes over to tackle the Australian Oaks (Group 1, 2400m) that extra week will be of benefit as it allows her a few more days to recover from her exertions at Trentham.

“She is one that definitely needs a good track so that factor will have a bearing on whether we go or not.
“We will also stick to our original plan with Melody Belle who will race in the Tancred Stakes (Group 1, 2400m) next.

“That will give her three weeks between runs which is just perfect for her and she is one that will appreciate some give in the ground if the wet weather sticks around.”

Richards also confirmed that both Avantage and Cornflower Blue would contest the Group 1 Fiber Fresh New Zealand Thoroughbred Breeders’ Stakes (1600m) at Te Aroha on April 10, with Avantage likely to have an exhibition gallop between races at Matamata before then.