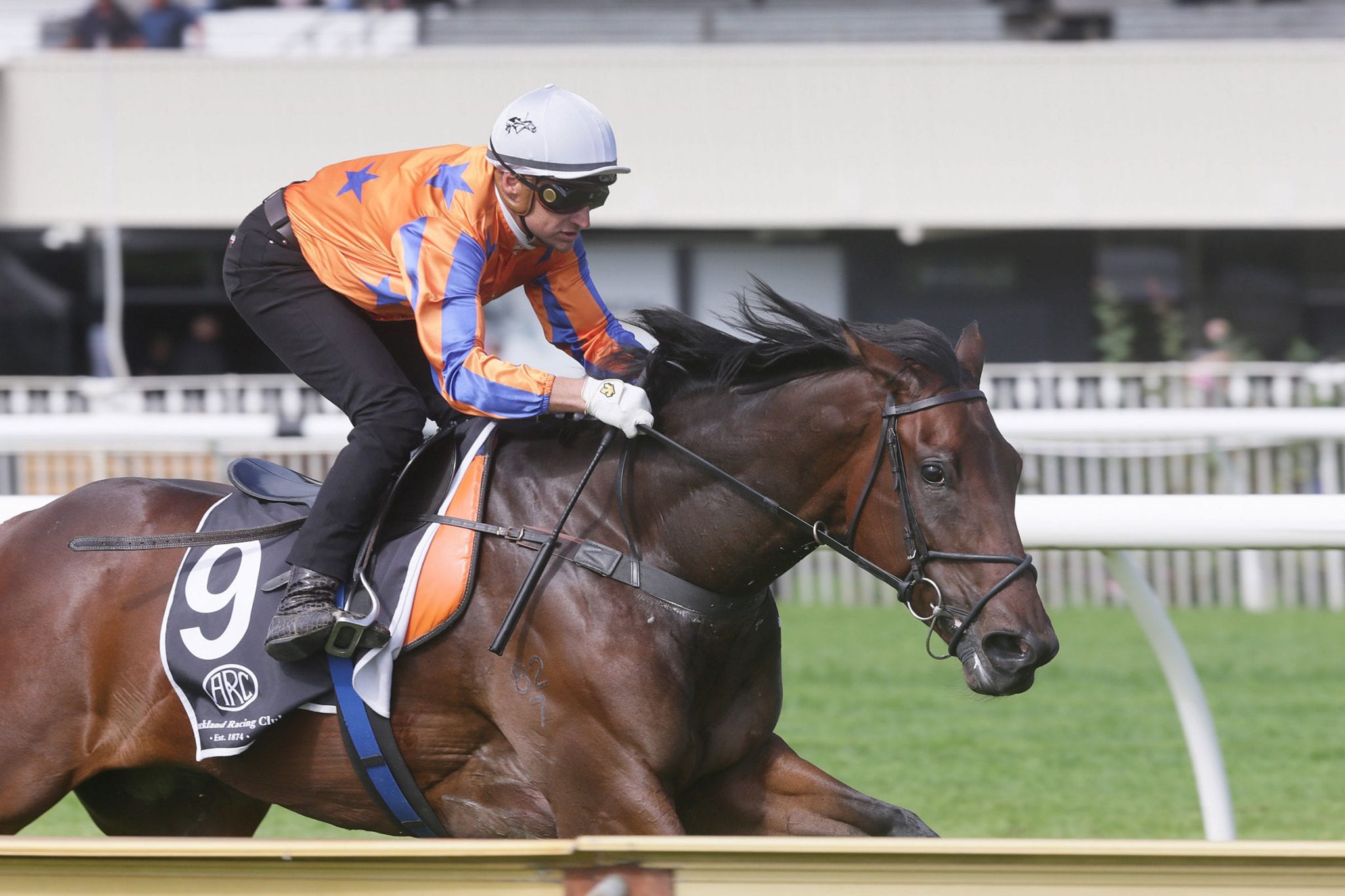 Star filly Amarelinha has given champion jockey Opie Bosson just the confidence boost he was looking for ahead of a trip to Sydney to partner her in Saturday week’s A$1 million Group 1 Australian Oaks (2400m) at Randwick.

Bosson rode Amarelinha in a 1200m open trial at Ellerslie on Tuesday and was delighted with the Savabeel filly’s effort as she ran out an easy winner.

Amarelinha missed away but Bosson was keen to make sure she had a strong hit-out and looped the field, hitting the front soon after straightening and pulling away to score by five lengths.

“I was going to just lead but she was terribly away from the gate. But she felt great and she ran right through the line and pulled up pretty good too,” Bosson said.

“She’s a high-class filly and we know she’s going to run the trip.”

The Jamie Richards-trained filly has won five of her seven starts, adding the Group 1 New Zealand Oaks (2400m) at Trentham to her earlier Group Two wins in the Eight Carat Classic (1600m) at Ellerslie and the Ellis Fillies Classic (2000m) at Te Rapa and her Group 3 Sunline Vase (2100m) success at Ellerslie.

In the middle, she pushed star three-year-old Aegon to a head when second in the $1 million Karaka Million 3YO Classic (1600m) at Ellerslie in January.

She has yet to finish worse than second so far and provides Bosson with a chance to return to Australia, where he has racked up 10 of his 83 career Group One wins.

“It will be great to get back there, particularly given we can now return home without the need to quarantine. I don’t have any other commitments there outside Amarelinha so we’ll just play it all by ear,” Bosson said.

Bosson, who was able to snare Group One wins at last year’s Sydney autumn carnival on the Murray Baker and Andrew Forsman-trained Quick Thinker in the Australian Derby (2400m) and aboard the Michael Moroney-trained Tofane in the All-Aged Stakes (1400m), both at Randwick, will first hunt an elusive scalp in New Zealand.

“I haven’t really ridden in the race a lot but it would be nice to win it and complete the set,” he said.

“I rode Avantage in her work this morning. She went on the plough and it was nice work. She’s a class horse and while she’s up against some really talented fillies and mares like Levante, she’s trialled up well and is working well.

“She seems to be as bright and happy as ever.”

Avantage, a winner of 15 of her 26 starts, eight at Group One level, has trialled since her last-start second to stablemate Melody Belle in the Group 1 New Zealand Stakes (2000m) at Ellerslie last month.

She finished second in a 1100m trial at Matamata last week, splitting another stablemate Entriviere and one of her main rivals on Saturday, the Ken and Bev Kelso-trained Levante.

“Both her and Levante trialled well but I was really happy with my mare. She’s going nicely,” Bosson said.

There were just nine entries on Tuesday for the 50th running of the New Zealand Thoroughbred Breeders’ Stakes, prompting administrators to leave the entries open till 9am on Wednesday.