Melody Belle settles in well ahead of Sydney swansong 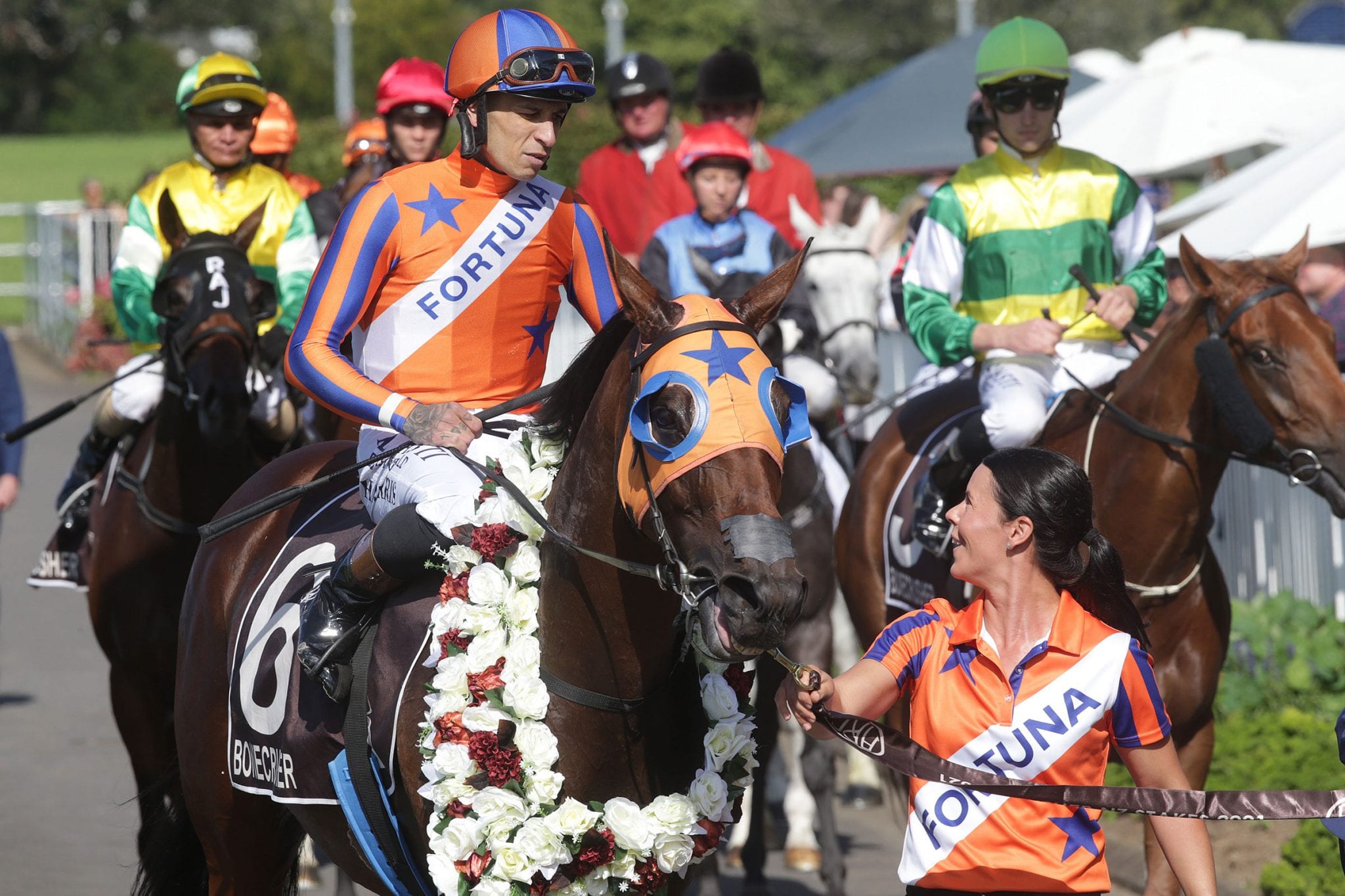 New Zealand’s darling of the turf, Melody Belle, has crossed the Tasman and has settled in well to her Randwick base ahead of her Sydney swansong at Rosehill on Saturday.

“She has settled in well at JT’s (John Thompson’s) at Randwick last night and had a bit of a canter on the poly(track) this morning. She seems to have arrived in good shape.”

The daughter of Commands will be tested over 2400m for the first time in her career in the Group 1 Tancred Stakes on Saturday, but that bodes no concerns for Richards, who believes she will thrive over the distance.

“I think she has been looking for it for quite some time, but we just haven’t had the right opportunity to try her at that trip,” he said.

“She got caught out in the spring against the Aussie sprinters in Sydney, so she clearly needs more ground than that. She is probably not quite good enough at a mile as she gets a bit older to be competitive in a Doncaster (Group 1, 1600m) or a fillies and mares Coolmore (Group 1, 1600m).

“Once you get her up to 2000m and even a mile and a half, as we find ourselves on Saturday, I think it is a really nice opportunity for her.

“I think we have been able to dodge some of the real big guns. It’s a bonus for us that a horse like Verry Elleegant isn’t in there.

“I am looking forward to seeing how she is going to be able to cope with it.

“I believe it is going to be no problem for her. We will just ride her quietly, get her relaxed and breathing and give her a chance to build into it from the half-mile onwards.”

Melody Belle finished her New Zealand racing career on a high when winning the Group 1 Bonecrusher New Zealand Stakes (2000m) at Ellerslie earlier this month and Richards said it was an emotional sendoff for many of the Te Akau team when she left their Matamata barn for the last time yesterday.

While it will be the last time many of Te Akau’s staff will see the record-breaking mare, Richards is hoping he will be able to cross the Tasman to watch her race for the final time.

“A few of the staff were sad to see her go, but I haven’t said my goodbyes yet,” he said. “Hopefully we can get this (travel) bubble up and going and we might be able to get to Queensland to watch her race, or maybe even watch her be sold.

“She has done a wonderful job for everybody and feels like she is going on another one of her road trips. Hopefully I will be able to catch up with her again soon.”

Meanwhile, stablemate Probabeel’s preparation is starting to ramp up again ahead of her tilt at the Group 1 Coolmore Legacy Stakes (1600m) at Randwick on April 17.

“Probabeel is in good shape,” Richards said. “She is getting a bit more serious in her work this week. Kerrin (McEvoy, jockey) rode her in a bit of three-quarter work this morning and was happy.

“She will have a couple of hit-outs later in the week, on Thursday and Saturday, and she is going to trial at Randwick next Thursday over 1200m. She will then go to the Coolmore on the 17th.”

Richards has his fingers crossed that the improved weather in Sydney remains, indicating Probabeel won’t line-up on a heavy surface.

“She wouldn’t be running on heavy ground,” he said. “We promised that to ourselves after the Cox Plate (Group 1, 2040m) and we made a mistake in the All-Star Mile (A$5million, 1600m) when that track was heavy by the time the race was run. We won’t make the same mistake again.”

Te Akau’s Australian raid isn’t yet complete, with a couple of runners still in line to cross the ditch.

“We have Amarelinha in the Oaks (Group 1, 2400m),” Richards said. “She trials on Tuesday at Ellerslie and then she will probably fly over on the 12th and run in the Oaks on the 17th, provided the ground is good.

“Entriviere will run in the Sapphire (Group 2, 1200m) on the 17th. She is a very fast mare and we think she is up to the best of them, so we are looking forward to bringing her over and seeing where she fits in.”