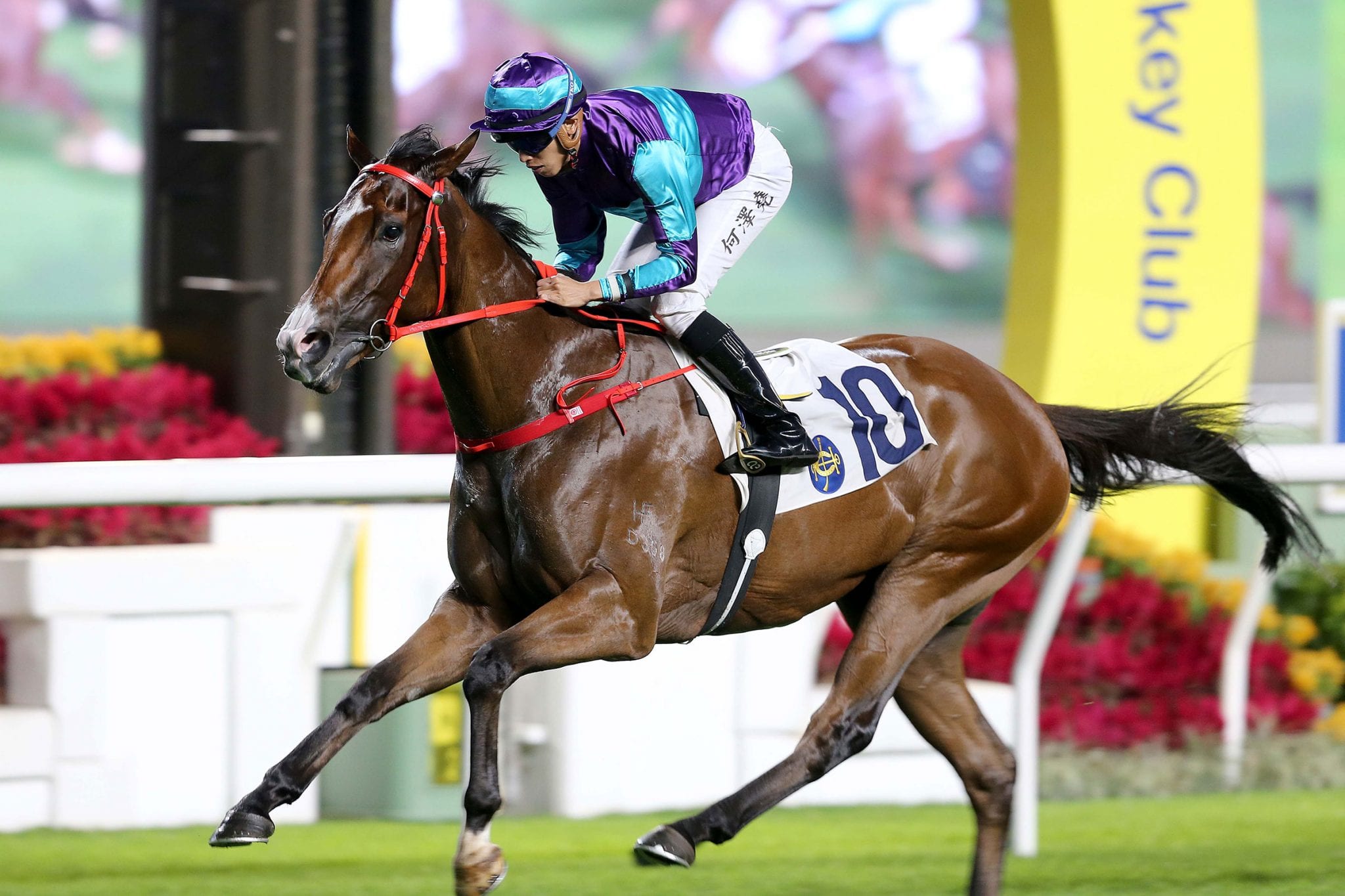 “It’s a good test to see where he is at, he has a light weight so we will know more after tomorrow,” Lor said. “He is rated 102, so if it all goes well we will look towards the Group 2 Sprint Cup (1200m) at the start of April and then towards the Chairman’s Sprint Prize.”

The New Zealand-bred has been a revelation since his arrival as PPG (Privately Purchased Griffin) with six wins from seven starts and a 50-point rise in the ratings after kicking off his career rated 52 in Class 4 last May.

But now, rated 102 and on the cusp of competing at the top-level, the talented Deep Field youngster is preparing to test his mettle against last-start Group 1 Centenary Sprint Cup (1200m) winner Hot King Prawn (133lb) and runner-up Regency Legend (121lb), as well as Voyage Warrior (122lb) and Computer Patch (121lb), while fellow four-year-old’s Sky Field (113lb) and Wellington (113lb) also line-up in the race with the hope of toppling their older and better credentialed rivals.

“We have a light weight and good draw but we are against Hot King Prawn – he’s a very good sprinter,” Lor said.

Following his first defeat last start in January’s Group 3 Chinese Club Challenge Cup Handicap (1400m), the bay was found to have blood in his trachea and his interrupted run in transit resulted in a weakening sixth.

“He looks more like a sprinter, so we’ll keep him to 1200 metres,” Lor said. “He’s come back much better from Conghua – he looks fresh, I trialled him once and after the trial Vincent (Ho) told me he was fresh and ready for this race.”

Winning Dreamer will be partnered with Matthew Chadwick this weekend while regular rider Ho is unable to make the allotted weight. Ho will instead partner Buddies (119lb).

“He’s continued to improve, last start we stepped him up to 1400 metres and he was found to have blood – that’s why I gave him a break, he looks ok now that he’s come back,” Lor said.

“He’s still not in top form because had a break and he has only had the one trial but he did trial well – he should improve after this race,” the handler said.

“He trialled good – he came out from behind a few horses and finished strongly so we’ll try and do the same again,” Lor said.

Joao Moreira, who partnered Hot King Prawn to Group 1 success in January and in his recent barrier trial earlier this month, has been pleased with the grey’s progress.

“He’s in good shape, I can’t see a reason why wouldn’t perform at his best, he’s such a consistent horse and we have to continue trusting and believing in him,” the Brazilian said.

Moreira remains unperturbed with top weight duties while his younger adversaries will carry 20lb less than him for this weekend’s dash.

“Top weight is no doubt an issue over 1400 metres or further but over the 1200 metres it’s fine as long as you have a good enough horse and a physically strong enough horse, if you have a physically small horse they’re likely to feel it more but that isn’t the case with Hot King Prawn – he’s a big strong and solid horse,” Moreira said.

“It is a competitive race but he won this race last year and if he does win it won’t be a by a big margin,” he added.

Regency Legend, who rattled into second behind Hot King Prawn at the top-level last start, is also on a mission toward next month’s Chairman’s Sprint Prize, but like Winning Dreamer was also found to have blood in his trachea after his most recent run.

“He surprised me – he had surgery for colic and he was off for a year but he tried hard and ran a good race,” Shum said.

The five-year-old crossed the line first earlier this month in a barrier trial under Zac Purton who takes the reins tomorrow.

After faring well for fourth in last month’s Group 1 Queen’s Silver Jubilee Cup (1400m), the Francis Lui-trained More Than This is looking to recapture the form that saw him win four consecutive races as he tackles the weekend’s other Class 1 contest, the Ap Lei Chau Handicap (1600m) against six rivals.

French ace Alexis Badel takes the reins for the first time at the races but has paired with the British-bred five-year-old in trackwork.

“The horse feels good – he’s a good worker, he’s got a good attitude, he’s very relaxed and he has a big action,” Badel said. “He moves very well and he seems to be a very good horse.”

With a trademark powerful finish, the 116-rater is looking for his first win in over a year.