Postponed the pride of Ireland after Dubai Sheema Classic blitz 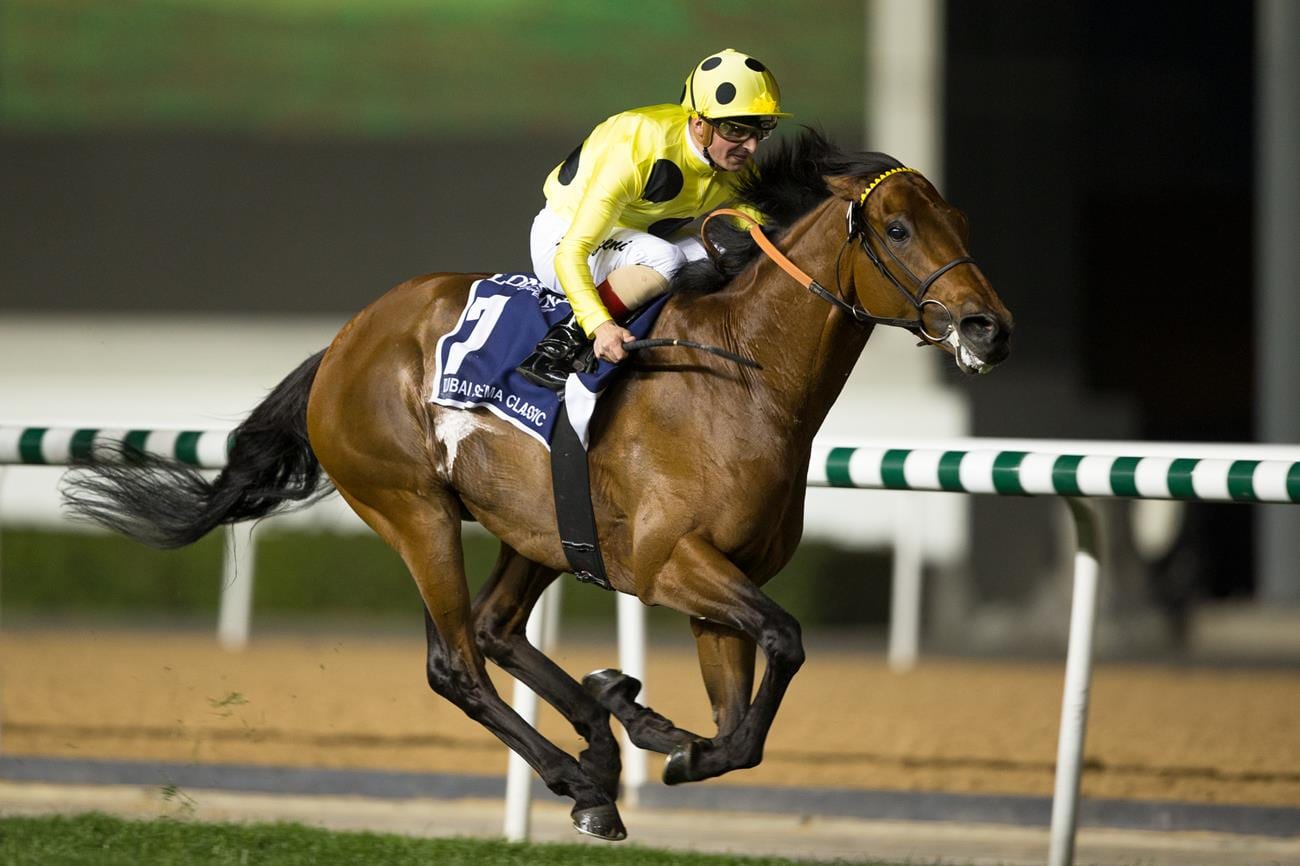 The Sicilian-born jockey turned 25 today and was always travelling sweetly aboard the late-maturing five-year-old.

After swinging wide into the straight he was soon in control and stretched away from Japan’s Duramente (JPN) to record a thumping two-length victory in a track-record time of 2mins 26.97 seconds.

Fellow Japanese runner Last Impact (JPN) stayed on from the rear to grab third place, with Ryan Moore weakening back to fourth aboard the Hong Kong Vase winner Highland Reel (IRE), having cut out the majority of the running.

“To win here tonight is right up there with the best, and it is great for the team back home,” said the winning trainer.

“This is one of the biggest nights of the calendar on the global stage. The prize money is nice but it is winning these big races which excites us all.”

Varian inherited the Newmarket yard of the late Michael Jarvis in February 2011 and just weeks later was in Dubai for his first runner as a licenced trainer with Laheeb, who finished a solid fourth in this race.

“I was quietly confident watching the race as tactically Ryan Moore set an even gallop and I was happy with our position,” added Varian.

“I knew that if he picked up in the same way as when winning his prep race here three weeks ago then it would take a god horse to get past him. He is a heck of a good horse as a King George winner. He is versatile and professional and ticks all the right boxes. I imagine the King George will again be his mid-summer target with a run or two before.”

Atzeni added: “What a way to celebrate a birthday! I rode him work on Wednesday and knew after that it would take a good one to beat him. It is massive me to win here for Roger, all the team at home and for Sheikh Mohammed Bin Obaid.”

The runner-up has won a 2000 Guineas and a Derby in his homeland, and jockey Mirco Demuro commented: “It was very unfortunate he ripped a shoe off before the race and they could not replace it.

“He wasn’t comfortable on the ground with just three shoes but still ran really well and was beaten by an excellent horse.”