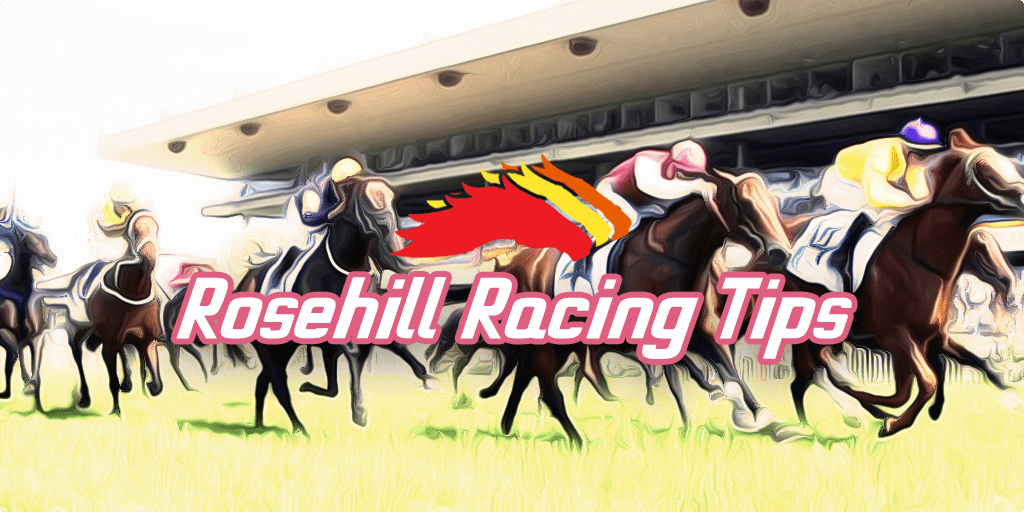 THE group 1 racing continues this Saturday with the Vinery Stud Stakes followed by the $1.6 million The BMW and we have all the best odds and tips available.

Rosehill hosts the nine-race card which also includes a stacked Baillieu Stakes and the Sellwood Stakes, where the imported runners are dominating the betting market.

Sunny skies are expected for a great day of racing and Sportsbet.com.au is making it even more enjoyable. The bookie is offering $10 for a Preferment and Our Ivanhowe quinella in the BMW which looks great value.

Sign up to Sportsbet for the latest horse racing promotions like these and make BMW day a winning one.

Sonic Swish was a handy maiden winner last start and connections must think highly of it. The three-year-old was scratched from midweek racing on Wednesday for a much tougher race here. It rises in distance which looks ideal and carrying only 53kg should see it compete. Solid at $5.50 in the betting.

Federal is fresh up where it has won and placed. The John O’Shea-trained gelding has amassed a good record of three wins and four placings from nine starts, and it has drawn well enough to contend. It’s another runner on the first line of betting at $5.50.

Rockolicious is another runner which is fresh up and its winning chances appear high. It rises in grade after winning in rating 78 grade last start, but it did things easily and it has winning experience at Rosehill. It is also unbeaten in three starts at this distance and punters should have it in their calculations at $5.50.

Crafty Cop was a stylish debut winner at Warwick Farm. The Hawkes-trained colt won by 2.8 lengths after setting the pace and those tactics would work well in this race. Tommy Berry loves riding in sprint races and it has been well backed at $4.20 in the win market.

Moqueen has yet to win a race from two starts, but it has finished close up behind some smart types. The Anthony Cummings-trained filly finished under a length behind Omei Sword on debut and a length behind French Fern in the Reisling Stakes last start. Inside draw with Damien Oliver in the saddle gives it a good winning chance. Value price at $7.50.

Prized Icon is an each way chance at $10 after running third behind Defcon last start. The two-year-old has yet to win a race, but it has placings in some very strong company. It was third behind Capitalist on debut, third behind Scarlet Rain second up and second behind Telperion in the Lonhro Stakes. It has drawn wide in barrier 14 which makes it tough, but we wouldn’t rule out its chances.

It’s Somewhat scored an overdue win last start in the Ajax Stakes and punters think it will go back-to-back here. The Godolphin import has won and placed in three starts at Rosehill and the quick rise up in distance shouldn’t pose any problems. Placed over this distance in an English group one and this isn’t the strongest field ever assembled. $2.30 on offer.

Sir John Hawkwood proved too good last start in the Sky High Stakes. Conditions don’t change overly much for this and it has a great winning record with three wins over this distance. There should be a nice pace up front which will play into its favour. $7 with bookmakers.

We can’t remember the last time Messene won, but it went awfully close last start. The Hawkes-trained gelding has been a punters nightmare for the last couple of seasons, but it does perform best at Rosehill and punters have been willing to take the price of $6.50 in this. We can’t trust it at this level, but it looms as a major place chance.

Alberto Magic is a real professional which has won three straight and seven from 11 overall. The Allan Denham-trained gelding is unbeaten in three starts second up and it very rarely lets punters down. It won by 2.3 lengths the last time it ran over the 1200m and it has drawn perfectly in barrier two for this. Strong chance and the $4.40 is a generous price.

Malaguerra is another which has rattled off three consecutive wins and they have come in good grades. The Freedman-trained gelding defeated Good Project by two lengths at Flemington and it ran a slick 56.97 down the Flemington straight last start. First run at Rosehill here which is a concern, but this gelding is a talent for the future. It opened at $2.80 and has dropped down slightly to $2.75.

Angels Beach wasn’t disgraced behind Alberto Magic last start, narrowly missing by a nose. The Gerald Ryan-trained sprinter has plenty of ability, but its lack of recent wins is concerning. It faces two very nice types here and a place chance looks its best go. $7 for the win and $2.30 for the place.

Gai Waterhouse lines up River Wild which has been taking on the toughest company in its last three starts. The three-year-old ran fifth behind Tarzino in the Rosehill Guineas last week and it drops slightly down in weight for this. Chances increase if the rain comes, but it is still a winning hope and bookmakers have it on the first line of betting at $3.50.

Not everything went the way of Old North last start and it looks the type that will relish the rise in distance. The John O’Shea-trained colt hit the line hard behind Hattori Hanzo last start after missing the jump. It is well bred and looks a strong staying type. Current equal favourite at $3.50.

Mackintosh is a New Zealand runner which had no luck in the Randwick Guineas, but it has had time to recover. The James Bridge-trained gelding has good form across the ditch and bookmakers haven’t given it any respect in the market. It defeated a subsequent New Zealand Derby placegetter by a half-length two starts back and the $51 looks enticing.

Risque is a former New Zealand runner now with the Hayes/Dabernig team. The three-year-old filly finished third behind Palentino in the Australian Guineas and the rise to 2000m will be right up its alley. Look for it to settle back and storm home late. Bookmakers have it firm in the market at $3.80 on the second line of betting.

Jameka has drifted from $3.30 to $3.40, but still remains favourite after running a handy third in the Rosehill Guineas last Saturday. The Ciaron Maher-trained filly has shown consistent form this preparation without winning and a win won’t be far away. It is a classy type which won the Crown Oaks on November last year and the inside draw will ensure a soft run. Should prove tough to beat.

Stay With Me hasn’t had the best of campaigns, but you can’t deny class and it has plenty. The Street Cry filly beat Jameka by 1.75 lengths in the 1000 Guineas and although it hasn’t won since, the rise up to this distance is what it has been searching for. Wide draw, but that shouldn’t matter over this distance. $11 on offer.

It’s hard to fathom that Preferment has won only four times from 19 starts, but that’s the record. The Chris Waller-trained horse won the Australian Cup last start via a successful protest, but there are some key concerns about this run. It has never won or placed in two attempts at this distance and it has never won at Rosehill. It is a quality horse and the punters have backed it into $3.20, so keep an eye on the market moves.

Mongolian Khan’s run for fifth was better than it looked last start and it found the line well. Jockey Opie Bosson indicated that it needed 2400m and this race looks well within its reach. Coming back from a serious bout of colic isn’t easy, but it could be worth the risk here and the $6 is a nice each way price. We will stick with it for one more run this campaign.

Our Ivanhowe has looked good in two runs this campaign, finishing fifth in both. The three-time winner over this distance fought well behind Preferment last start and although it doesn’t have the best winning rate in Australia, it is ticking over nicely. Well respected at $4.50 in the betting.

The BMW tip: Mongolian Khan to win ($6) at Sportsbet.com.au

Gerald Ryan lines up the always-consistent Solicit. The five-year-old mare won the Guy Walter Stakes two starts back and it was only caught late in the Group 1 Coolmore Classic at Rosehill last start. It has drawn wide in barrier 13, but expect it to head forward and set the pace up front. It’s the current favourite at $2.50 and it looks a strong winning chance.

Badawiya looked the goods last start when winning the Kewney Stakes by 2.25 lengths over the likes of Don’t Doubt Mamma. The Mick Price-trained filly has won four from eight with three placings and even though taking on the older horses provides a tough problem, it looks a winning chance. Bookmakers are offering $5 which looks about fair.

Lady Le Fay is a former New Zealand runner which was unlucky on this track last start. The Chris Waller-trained mare won its last two races in New Zealand before running two good third placings behind Good Project and Dance Of Heroes. Looms as an each way chance here at $10.

Excess Knowledge was impressive in defeat behind It’s Somewhat last start and it looks a great chance at going back-to-back in this race. The Waterhouse-trained horse flew home in the Ajax Stakes and it rarely finishes out of the money second up. The inside draw suits and the $4 looks like a nice early price.

Rock Sturdy couldn’t have been more disappointing last start at Rosehill, but we’re prepared to allow it another chance. The Joseph Pride-trained horse finished last of 12 runners and it never looked a winning hope. Its form prior was good, however, with placings behind Turn Me Loose and Charlie Boy. Include on that form at $9 in the betting.

Sadler’s Lake has been dealt a harsh blow in the barrier draw, but with some luck it could take this out. The Waller-trained gelding has drawn barrier 18 which won’t make winning easy. It has won twice second up which bodes well and it won’t pay $11 too often throughout the autumn carnival.