Furore returns to a mile in Group 1 Stewards’ Cup 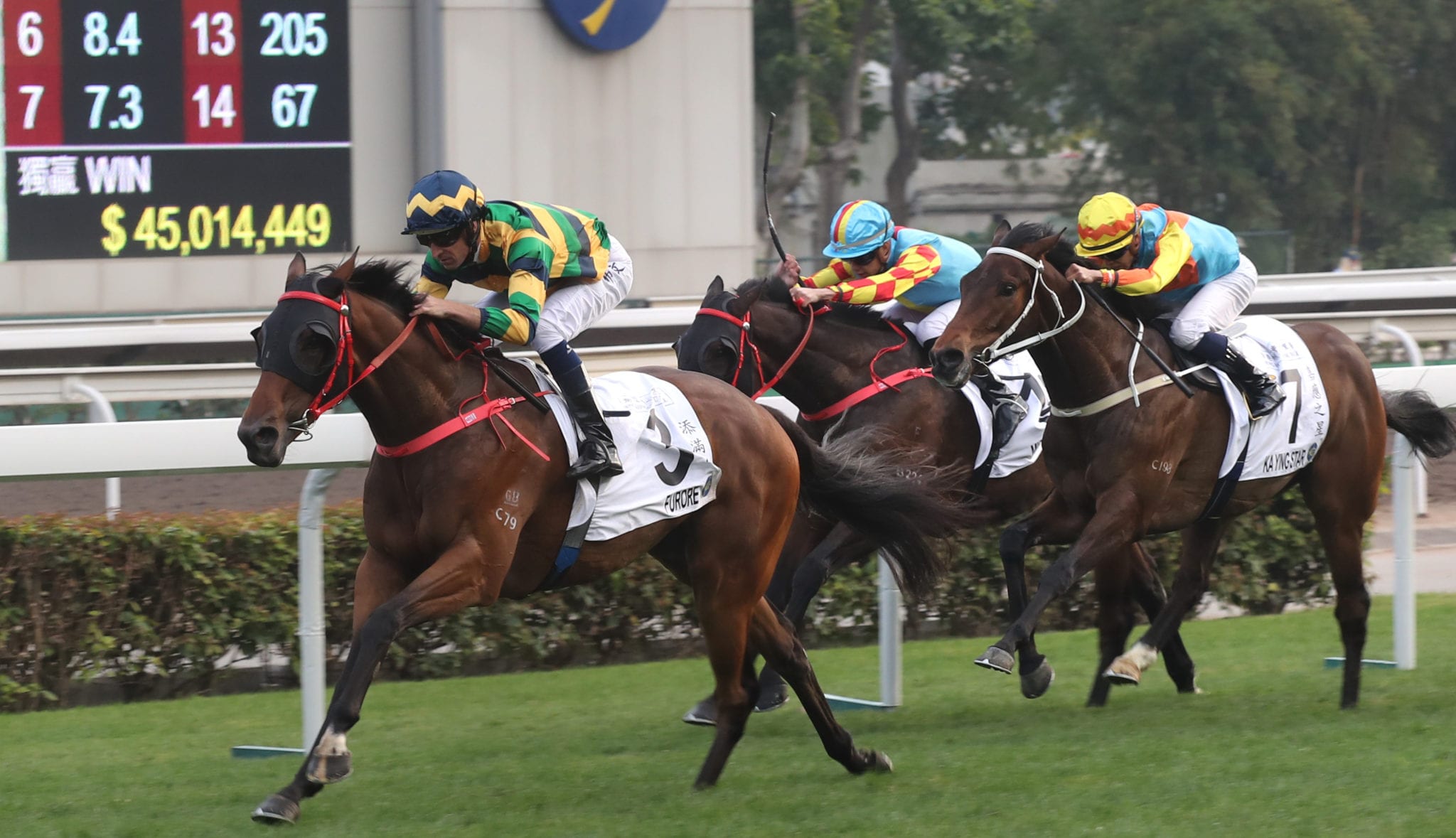 Furore returns to a mile in the Group 1 Stewards’ Cup (1600m) at Sha Tin on Sunday (19 January) with trainer Frankie Lor hoping a short bout of sickness over the Christmas period will not have dulled the gelding’s big-race capability.

“He had a temperature for a few days so I had to stop and watch him very closely to see how he came through that; that’s why he hasn’t had a barrier trial before this race,” Lor said.

But the handler is not letting that setback dampen his belief in last season’s Four-Year-Old Classic Series standout.

“I’m happy with him now; his trackwork, his gallops in the mornings – I galloped him on Monday and he was good, and we’ll jump him out on Thursday morning,” he said.

“Those few days off, we don’t know if there will be any effect for him but he looks good in the mornings.”

Furore was last seen running a solid fourth to Win Bright in the Group 1 LONGINES Hong Kong Cup over 2000m, the distance at which he captured the BMW Hong Kong Derby last term. This weekend will see him step out over 1600m for the first time since a big victory at the distance a year ago.

“Last year he won the Hong Kong Classic Mile so I think a mile is no problem for him,” Lor said.

And the handler has no reservations about mixing distances for his high-class galloper, with a return to 2000m likely next month.

Hugh Bowman was in the plate for Furore’s big-race wins last season, and, after watching the Pierro five-year-old show little sparkle in his first two outings of this campaign, Lor was pleased to have the Australian ace back aboard for his most recent two efforts.

“Hugh Bowman will ride him again in the Stewards’ Cup; only the horse’s first two starts were a bit below what we would expect but then when Hugh got back on him he was much better – I think Hugh is a good fit for him,” Lor said.

Furore will face last year’s winner and Hong Kong Horse of the Year Beauty Generation in the HK$10 million test, as well as Waikuku, who was ahead of the champion when they finished second and third behind Japan’s Admire Mars in the Group 1 LONGINES Hong Kong Mile (1600m) last time out.