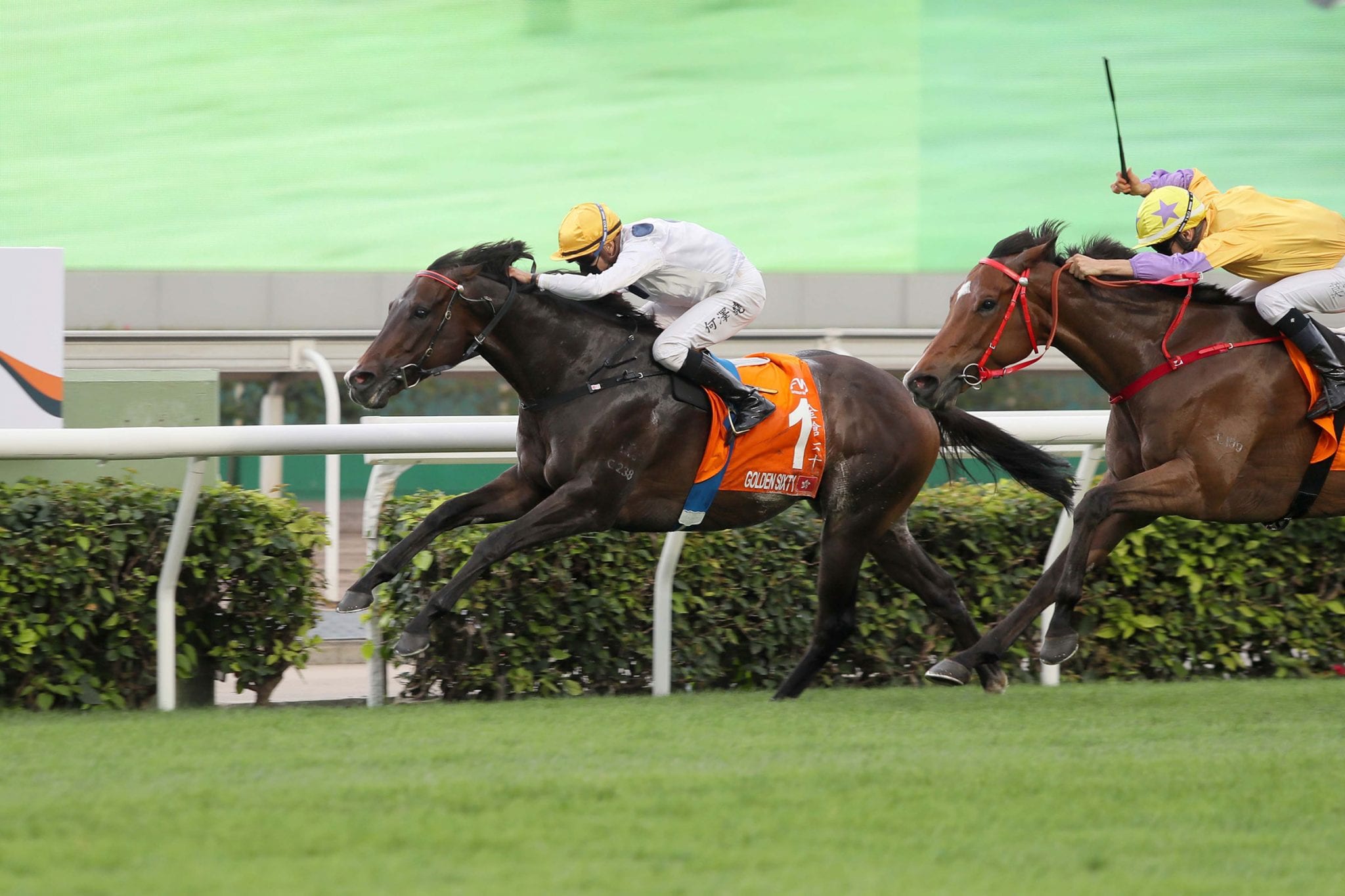 Undefeated since July, 2019, the brilliant son of Medaglia d’Oro also grabbed his fourth triumph at the top-level in succession, following on from his past two victories this year in the Stewards’ Cup (1600m) and Citi Hong Kong Gold Cup (2000m), the first and second legs of Hong Kong’s Triple Crown.

Sent back to his customary position at the rear of the six-runner field under jockey Vincent Ho, the Australian-bred galloper peeled out at the 600m mark, rounding the bunched group to hit the front with 400m left to run under a full head of steam.

With two lengths on the field and a furlong left to play out, it all seemed done and dusted but a late charge from stablemate More Than This pushed him to within a head.

“I did expect the stablemate to be in good form but they went too slow for us really, usually it takes him a while to pick up but they were a bit slow and when I pulled out at the 600 metre mark he was already alongside them, then when I hit the straight he just went for it,” Ho said.

“He’s a very good horse – I was a little bit worried but Golden Sixty is that kind of horse, when he passes the other horses he thinks his job is done but then when he saw another runner coming he turned it on again,” Lui said.

Ho became the first homegrown jockey to snare a Group 1 double on the same day in Hong Kong when the globetrotting mare, Loves Only You claimed the FWD QEII Cup (2000m), the following race for trainer Yoshito Yahagi.

“He has never been chased and we learnt today that he still can fight when something chases him, not just when he is doing the chasing, which is good,” Ho said of Golden Sixty.

“That was amazing (to have a crowd), a big thanks to all the fans today who came out, it makes such a difference, the atmosphere and everything is so much different.

“It’s been a good season, seven races for Golden Sixty and I’m happy for him to win this, hopefully he will have a break now until next season, he had a couple of tough runs these past two,” the rider said.

While savouring today’s glory, it is wait and see for Lui to whether the handler plots Golden Sixty towards next month’s Group 1 Standard Chartered Champions & Chater Cup (2400m) on 23 May, the third and final leg of Hong Kong’s Triple Crown.

“Depends, I will see how the horse recovers and then decide because the Triple Crown is still under consideration, I don’t think the distance is a worry, he’s that kind of horse who will fight no matter what, it just depends on how he recovers,” Lui said.

The gelding would be chanced with becoming the second horse in history to claim Hong Kong’s Triple Crown after River Verdon in 1994.

“If I can break the record it would be great but I’m not pushing myself to do so, it depends on the horse, he is a good horse but I don’t want to kill him,” Lui said.