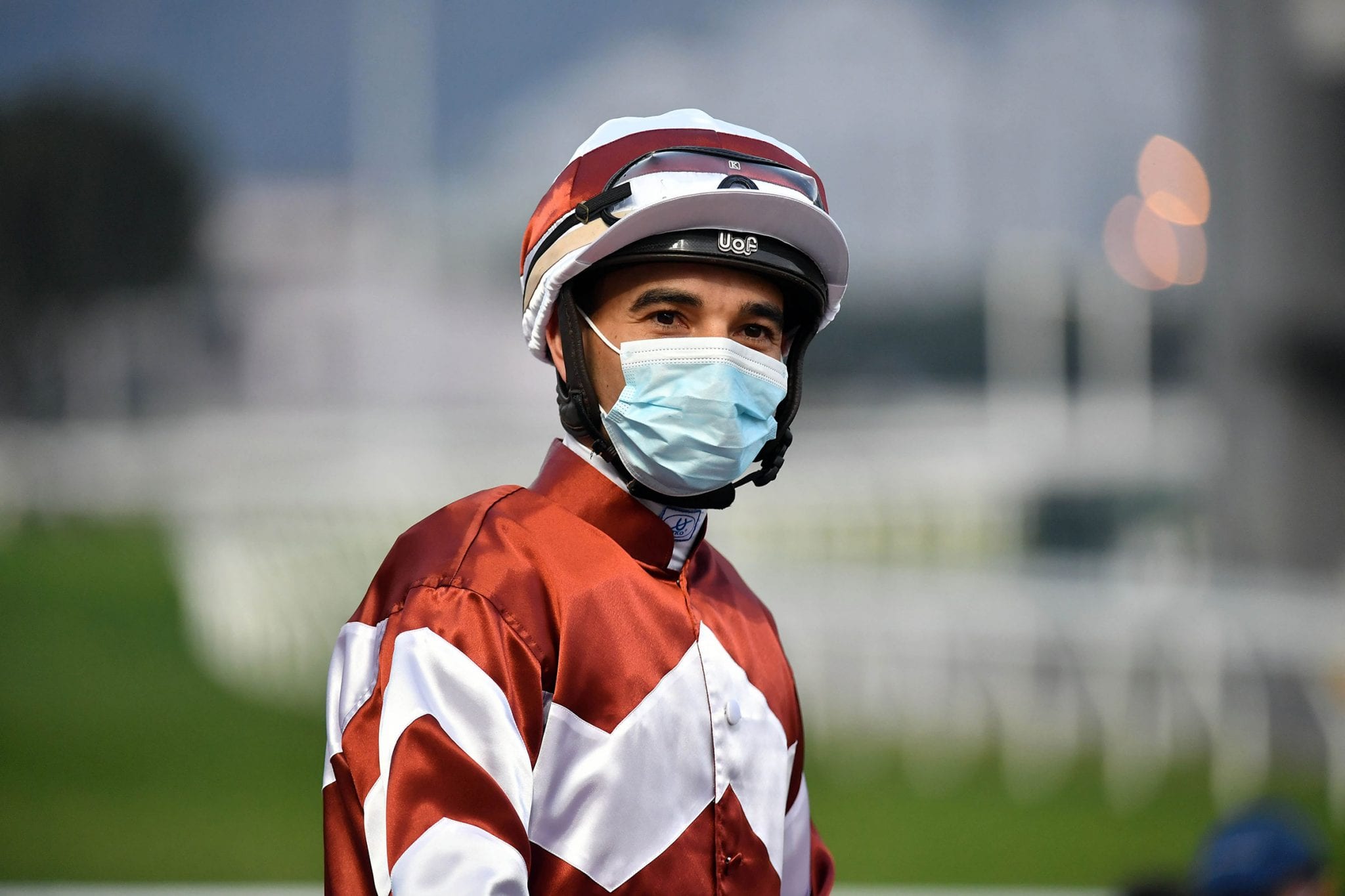 Excellent Proposal’s rousing Hong Kong Classic Mile (1600m) victory set the benchmark for this year’s BMW Hong Kong Derby (2000m) and while the Hong Kong Classic Cup (1800m) this Sunday (21 February) will paint a clearer picture for next month’s HK$24 million event, there is still sufficient time for a contender to emerge from the shadows with four weeks to go until the Four-Year-Old Classic Series’ third and final leg.

And, championship leading jockey Joao Moreira – who is without a ride confirmed for the Derby – isn’t going to be surprised if the Tony Millard-trained Panfield comes to the fore and stakes his claims for a Derby tilt in Sunday’s Class 2 Ambitious Dragon Handicap (2000m).

“His last run was pretty good – he was exposed three and four wide without cover and faced the breeze but he finished very close to the winner – to me, that means he’s got it, he’s got enough ability and it’s definitely not going to be a surprise to me if he comes out and wins,” Moreira said.

The three-time Chilean Group 1 winner has raced three times in Hong Kong, his latest effort an improving fourth over 1800m but will now step back up to the Derby distance for the second time ahead of just his fourth start in the city.

“I know him a little bit more now because I’ve been on him a few times and also at the races, so I should be able to get more out of him and no doubt if he does win he has to be considered for the Hong Kong Derby,” Moreira said.

“He has run 2000 metres before – the distance will suit him even more because he is the type of horse that has great momentum and is able to keep on rolling, and 2000 metres usually helps these horses – he should be able to deliver what he has got best,” Moreira said.

Since the trailblazing Motivation in 1991, a total of 65 South American imports have raced in Hong Kong, and 32 of those horses have combined for 69 wins, while the other 33 arrivals have gone winless.

Joao Moreira plotted an upset in last year’s Group 1 Citi Hong Kong Gold Cup (2000m) as dual winner Time Warp led all-the-way to score at +2500 and this Sunday at Sha Tin the Brazilian is looking to repeat the dose aboard Furore as he bids to halt Golden Sixty’s win-streak at 12.

“That’s a hard task (beating Golden Sixty), in my opinion Golden Sixty is the best horse in town, at least for the time being but nobody lasts forever and if someone else is to beat him it could be my bloke.

The Pierro six-year-old is a two-time winner this campaign, both times with Moreira, claiming the Group 3 Sa Sa Ladies’ Purse Handicap (1800m) and Group 2 Jockey Club Cup (2000m) and, was the first Hong Kong horse over the line in December’s Group 1 LONGINES Hong Kong Cup (2000m) when fifth to Japan’s Normcore.

“Furore is in great shape and his last run was very good, so I’m going to sit on him with plenty of confidence always knowing that he gives his best to me,” Moreira said.

Moreira will aim to win his fourth Hong Kong Gold Cup after pairing with Military Attack (2014) and Designs On Rome (2015) before last year’s success.

“It is very nice to win and the prize money is good but the race is such a highlight race – everyone loves watching it and some of the best horses race in it, Golden Sixty is a very good example,” Moreira said.

Champion jockey Zac Purton is looking to extend his streak to four consecutive Group 1 Queen’s Silver Jubilee Cup (1400m) triumphs after partnering Beauty Generation to the past three, but this Sunday (21 February) he will be without the now retired superstar and instead partners last year’s runner-up, the tenacious Ka Ying Star.

“I hope so (to winning it a fourth consecutive time) – the horse is going well, his last run was good, his trial since then was good as well.

“I suppose it’s a bit tricky being drawn outside of Buddies because he has a lot of speed as well, so I’ll just see what Tony (Cruz) wants to do, whether he wants me to press on and take the lead or if he’s happy to try and let the horse relax outside of him but he’s certainly going well and he’ll get his chance,” Purton said.

Tony Cruz’s consistent on-pacer has been a solid performer across 25 starts in Hong Kong, nabbing Group 3 success in last season’s Lion Rock Trophy Handicap (1600m) as well as three placings at the top-level, including a last-start third to Golden Sixty in January’s Group 1 Stewards’ Cup (1600m).

“It was a great effort last start, he got it really easy out in the lead over the first half of the race and then he tried to drag the sprint out of Golden Sixty but in the end he was just too good for us,” the four-time champion jockey said.

Size, who sits one win away from 1300 Hong Kong wins, saddles eight chances this Sunday including Excellent Proposal and Lucky Express who form a dual-pronged assault on the HK$12 million Hong Kong Classic Cup (1800m).