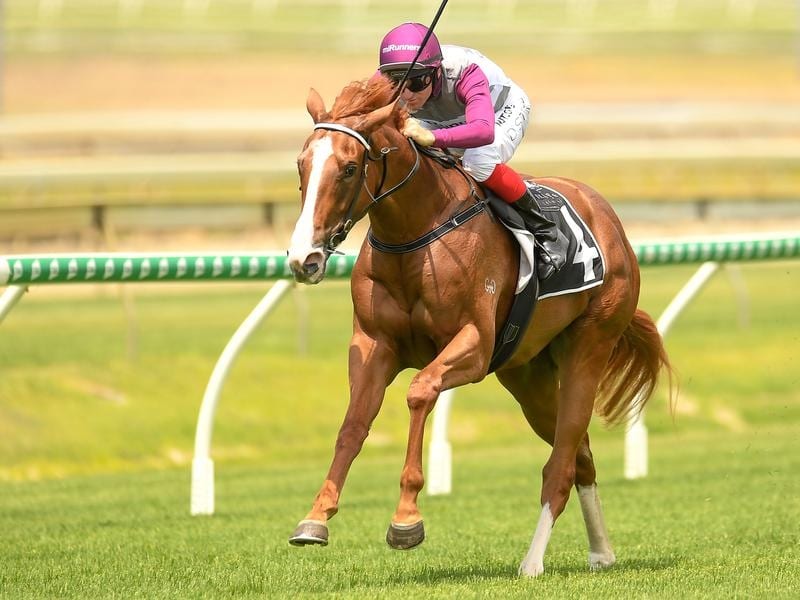 Talented two-year-old Dusty Tycoon will make her return at Doomben without her usual cheer squad.

The filly is raced by a MiRunners syndicate which has 1000 shares meaning whenever she runs several hundred owners usually are on hand.

But with crowd-free racing because of the coronavirus pandemic protocols, Dusty Tycoon will return to an eerie silence if she can record her third win on Saturday.

She will be having her first start since being unplaced in the Magic Millions Classic in January.

Because of COVID-19, Queensland has been divided into five regions with racing conducted under strict biosecurity rules.

Dusty Tycoon is trained by Robert Heathcote at Eagle Farm meaning she is restricted to racing in the metro north region.

She will still face a field of smart youngsters in the Darryl Gollan Tribute Handicap (1200m) named for the trainer who died last week.

Heathcote has booked claiming apprentice Adin Thompson for Dusty Tycoon which will reduce her weight to 57kg.

“Adin rode her when she won a recent trial easily enough,” Heathcote said.

“It is a strong field so every little bit helps. She is a front-running type and an easy ride so I have no qualms putting on an apprentice.”

Heathcote has also claimed on his last-start winner Minjee who will be ridden by Stephanie Thornton.

Minjee stormed home from last to win at Doomben two weeks ago but has drawn poorly in 10.

“I have been lucky enough to have some good two-year-olds this season and there is not much between them,” Heathcote said.