Away Game On Target For Percy Sykes Stakes 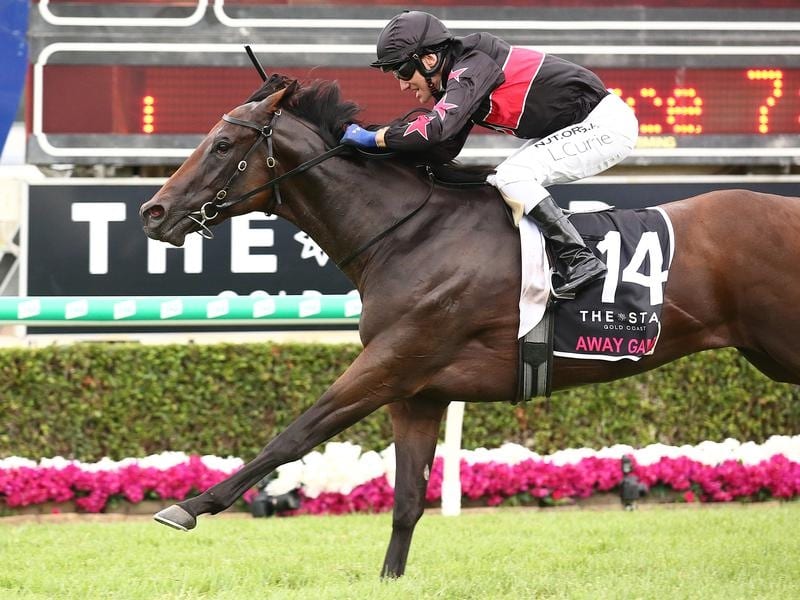 Durable filly Away Game will be out to cap a memorable juvenile season when she fronts up again in the Group Two Percy Sykes Stakes.

Away Game has raced at six different tracks across three states so far during her two-year-old season and will run at Randwick for the second time on Saturday in the $500,000 Percy Sykes (1200m) against her own age and sex.

The winner of the Magic Millions Classic at the Gold Coast in January, the filly was a gallant second to Farnan in the $3.5 million Golden Slipper (1200m) at her most recent start at Rosehill on March 21.

At her only start at Randwick, Away Game won the Group Three Widden Stakes at the beginning of February.

Co-trainer David Eustace says Away Game is showing no signs of having had enough going into Saturday’s race which is likely to be the final start of her campaign.

“She really is a marvel,” Eustace said.

“She was obviously very tough in the Golden Slipper and she has come through it well.

“She handles racing and we’re confident that she’s holding her form and is able to hopefully go and do it again.”

Rather than step Away Game up in distance to 1400m in the Group One Sires’ Produce Stakes last Saturday, Eustace and partner Ciaron Maher decided to keep the filly at 1200m.

“We didn’t feel she was looking for any further in trip,” Eustace said.

“And we thought the extra week would do her good as well because it was obviously a tough run in the Slipper.

“We know her well and know she handles racing and we think she can put in a big run again.”

Away Game’s stablemate Muntaseera also runs in the Percy Sykes having finished 11th in the Slipper.

“Away Game would be the pick but Muntaseera’s run in the Slipper probably wasn’t too bad,” Eustace said.

“She drew wide and got back and essentially never really got a crack at them.

“She probably just felt the effects of going two weeks into the Slipper as well. She’s had that extra week under her belt and is down in grade. That’s going to count for a lot.”