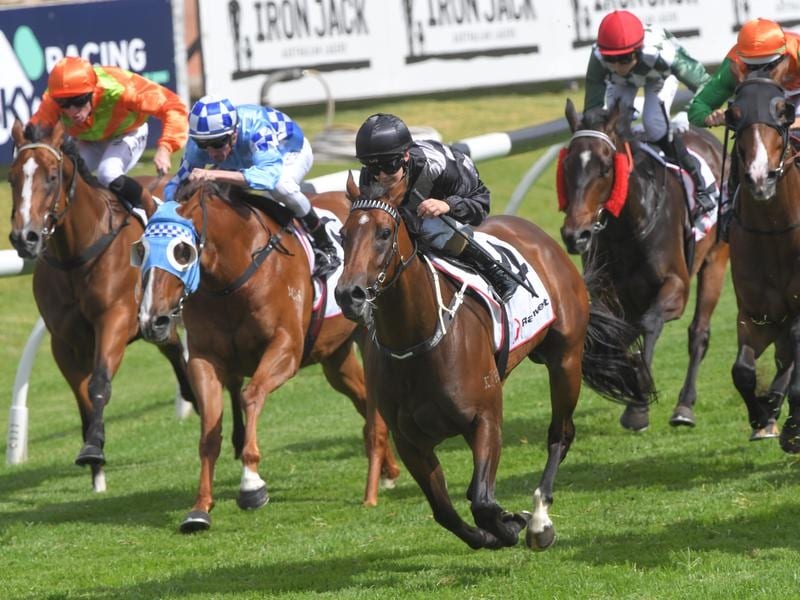 It is not quite a Cinderella story but Invictus Salute has managed to overcome a lost shoe and a late surge from runner-up Something Fast to land her fourth win at Rosehill.

Winning jockey Rachel King saw one of the mare’s shoes come off just after the start of Saturday’s Ranvet Handicap (1100m) and momentarily had her heart in the mouth as the piece of metal was airborne.

“I saw it actually fly off in about the first 300 metres,” King said.

“It just flew off in front of her and bounced along the track.”

The incident did not affect Invictus Salute ($8.50), who camped off leader Mansa Musa and quickly put the $3.20 favourite to the sword.

Something Fast ($9.50) gave chase but could not reel in the Mark Newnham-trained mare, who scored by three-quarters of a length with another 1-1/4 lengths to Oriental Runner ($7.50).

Jason James, representing the Newnham stable, said they were disappointed when Invictus Salute was beaten by Lucicello at Rosehill last start, only to discover she had a genuine excuse.

“We were very disappointed last start when she didn’t win, then she pulled up four out of five lame,” James said.

“Three weeks later, here we are in the winner’s circle. It’s a tribute to her ability, how good she is and what a lovely, trying filly she is.

“We just needed a little bit of luck to get across and Rachel put her in a beautiful spot.”

There are no grand plans for Invictus Salute in the short term but James hopes she can develop into a stakes-class mare during the winter.

Anthony Cummings was pleased with the return by Something Fast and will see how the horse pulls up before deciding if he will press on to next month’s Villiers Stakes at Randwick.