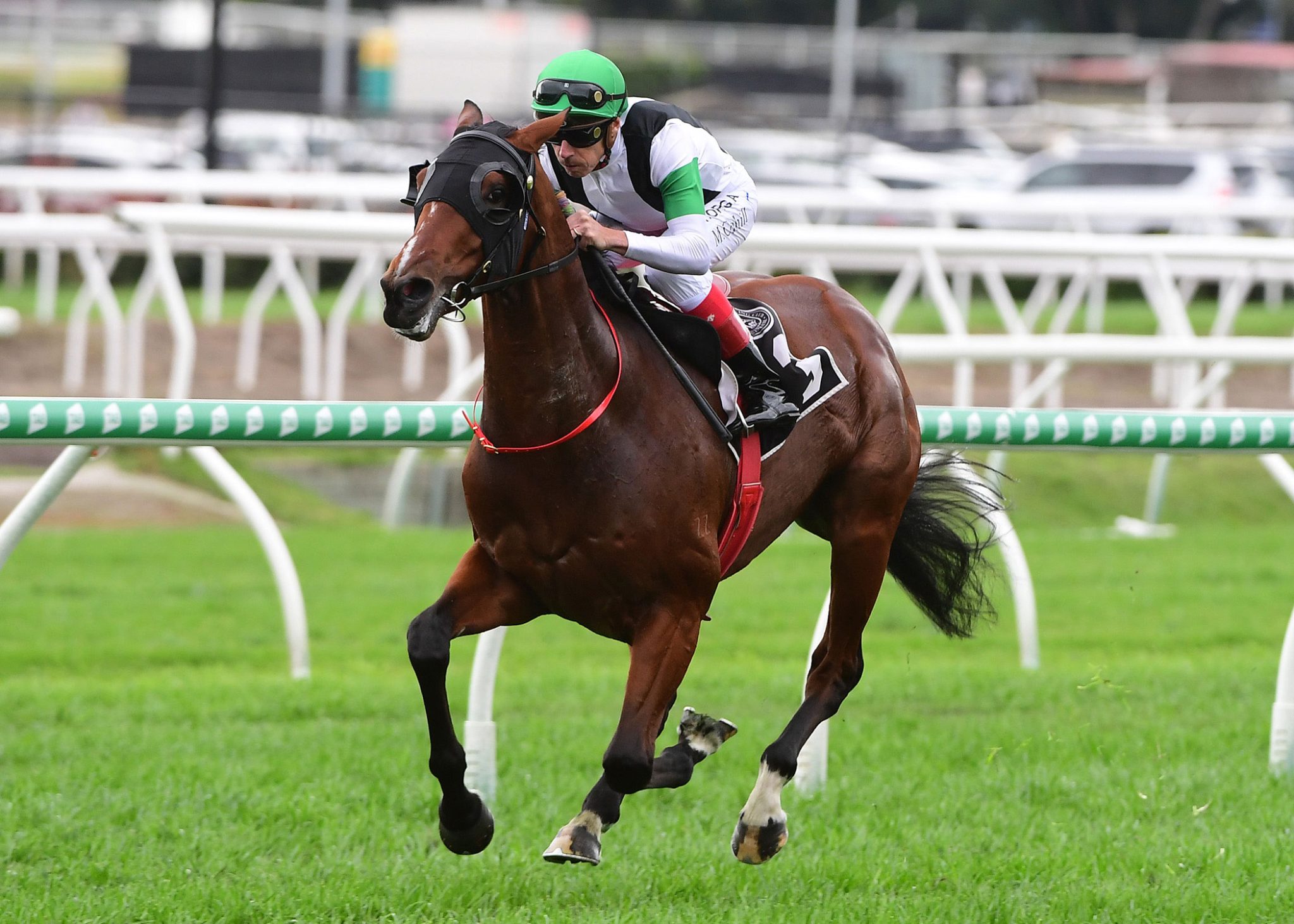 New Zealand trainer Tony Pike is hoping the turnaround in weather can play into the hands of his Group 1 Queensland Derby (2400m) contender Tutukaka at Eagle Farm on Saturday.

Usually lapping up the Queensland sun at this time of year, Pike and his fellow Kiwi raiders have been experiencing a deluge of rain, more accustomed to their homeland.

While Pike hasn’t appreciated the inclement conditions, he is pleased to see the weather fine up ahead of Saturday’s racing.

“The weather has only started to turn around in the last 24 hours. It’s about the first decent day we have had in about a month. It will be good to get a decent track on Saturday,” Pike said

“It has been a pretty depressing month here with the weather but you get these every now and then.”

Pike is looking forward to Saturday where Tutukaka will contest his second Derby after finishing sixth in the Group 1 Victoria Derby (2500m) at Flemington last spring.

“I am really happy with the way he is going. He is going to be third-up into it,” Pike said.

“It was a little bit of a negative ride from Nash (Rawiller) last start but he closed the race off quite strongly late and the improved track will help him on Saturday.

“I will be very disappointed if he is not somewhere around the finish.”

Pike is also set to contest the Listed Helen Couglan Stakes (1200m) with Babylon Berlin after she finished 12th in the Listed Bright Shadow (1200m) a fortnight ago.

“She slipped out of the gates from a wide draw and just got too far back on a track that she hated,” he said.

“I have only had her for a short period of time but she dips and dives in the ground a wee bit when it is rain-affected and the kick back didn’t help.”

While Pike has been pleased with her work since that first-up Australian outing, he is considering bypassing Saturday’s race in favour of next week’s Group 2 Moreton Cup (1200m) after drawing barrier 19 on Saturday.

“She has trained on really well but the barrier draw is an absolute shocker,” he said.

“I am going to talk with owner Scott Williams and Ben Foote (former trainer) as to whether we run or possibly leave it until next Saturday in the Moreton Cup.”

Her scratching on Saturday will aid temporary stablemate Letzbeglam who is currently an emergency for the Helen Coughlan Stakes.

However, she too hasn’t fared well in the draws and could also bypass Saturday as a result.

“She has drawn 23, so they have been very kind to us in that race with the barrier draws,” Pike quipped.

“I will talk with Henry Plumptre, Lance Noble, and Brendan Lindsay, and we will probably make the same call with her whether she waits for the Moreton Cup next Saturday.”

Following her placing in the Bright Shadow following an 18-month break from racing, Pike is expecting a bold showing from the mare.

“She went super and handled the ground really well,” he said. “She just peaked on her run in the last 100m or so, but she loomed up like the winner.

“It was only her second run back after a long break. She should be getting somewhere near her peak for her next start.”

Back at home, Pike will just have the one runner at Pukekohe on Saturday – Caminata in the Barfoot & Thompson 1200.

“She is always a chance in these sorts of races and should run well second-up in her campaign for a mare who does handle a rain-affected track.”