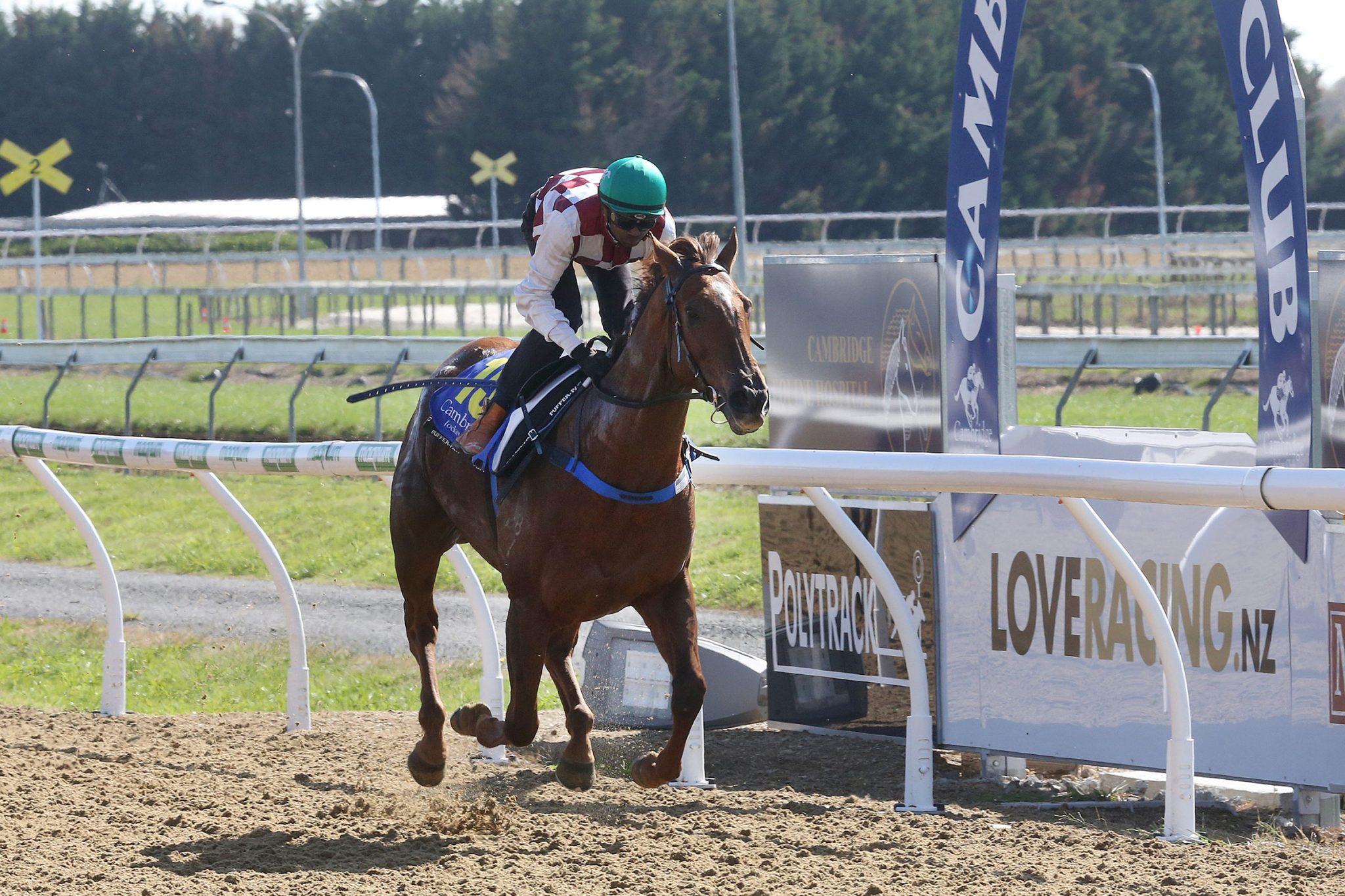 Class New Zealand sprinter Babylon Berlin is joining Tony Pike’s team for the next couple of months in order to take on some of Australia’s best sprinters in Queensland.

The All Too Hard mare returned to the track at Cambridge on Tuesday, winning a 950m open catchweight trial on the synthetic track in what was her first appearance since finishing a close second to Sword of State in the Group 3 King’s Plate (1200m) at Ellerslie last month.

Foote has gone to Australia before with horses but said it made more sense for the pair to join Pike’s team for this campaign.

“Tony goes every year and he knows how to operate over there,” Foote said.

“I’ve got seven yearlings turning up from Australia in May so I don’t like to be away from the stables too long when I’ve got those young horses with me.

“I’ll turn up at the weekends in Queensland to watch them but I don’t need to be there.”

If she was to race well in those events, there is a chance she could contest the Group 1 Stradbroke Handicap (1400m) at Eagle Farm on June 11, or possibly the Group 2 Dane Ripper Stakes (1300m) on the same card for fillies and mares.

“Where she goes after her first two races will depend on how well she measures up,” Foote said.

“She may be nominated for the Stradbroke, but she’s going to have to prove herself before she would start in that field.”

Babylon Berlin has only raced once at 1400m, overracing when finishing fifth in the Group 3 Soliloquy Stakes on October 20, but Foote said she was well capable of staying the trip now.

“As she’s matured she’s getting to the line better in her races,” he said.

“She’s only been at 1400m once and we tried to ride her in behind and it didn’t suit her. I don’t think 1400m holds any fears now; she can take a trail if they’re going fast enough but she’s got her speed that she likes to go at and seems to kick on a lot more than she used to.”

Ruach, a half-brother to Group 1 Levin Classic (1600m) winner Travelling Light, earned his chance at a Queensland campaign after a very good late summer campaign, winning in February and March and then finishing second to Amalfi Prince in the Group 3 Manawatu Classic (2000m) at Awapuni earlier this month.

“We’ve confirmed Opie Bosson to ride him over there, which is great news,” Foote said.

“If we don’t think he’s going to get the mile and a half in the Derby then there are other races over there at a mile that we can drop him back to.”

Options at 1600m include the Group 3 Gunsynd Classic at Eagle Farm on June 11 and the Group 3 Winx Guineas on the Sunshine Coast on July 4.

Back home, Foote has horses set for both Rotorua on Friday and Wanganui on Saturday. Two of those horses, High Choice and Louisiana Man, have been nominated at both meetings and Foote will decide closer to Friday which races to target with those horses depending on barrier draws and track conditions.

Louisiana Man finished in the money twice in March before a below par effort in a race run at a muddling pace at Pukekohe April 10, while High Choice finished third at Rotorua two starts back prior to a seventh-place finish at Matamata on April 20.

“We had a little bit of an issue with Louisiana Man last start so I’m sure he’s going to bounce back this weekend,” Foote said.

“High Choice probably went a little bit hard early when he was on the speed last time so he should be better this weekend as well.”

Other runners for Foote this weekend could include Jimmy Dean, who could make his raceday debut in a maiden 1400m event at Rotorua and Rekindled Express in a Rating 65 1360m event at Wanganui.

“Jimmy Dean is a horse that’s got a lot of ability but he doesn’t quite know where to put his legs when he’s under pressure,” he said.

“Rekindled Express has just been sold to Hong Kong owners (he fetched NZD$52,500 at the gavelhouse.com April 18 online auction) but he’s staying here to race on for now to see if he might qualify to race there.”