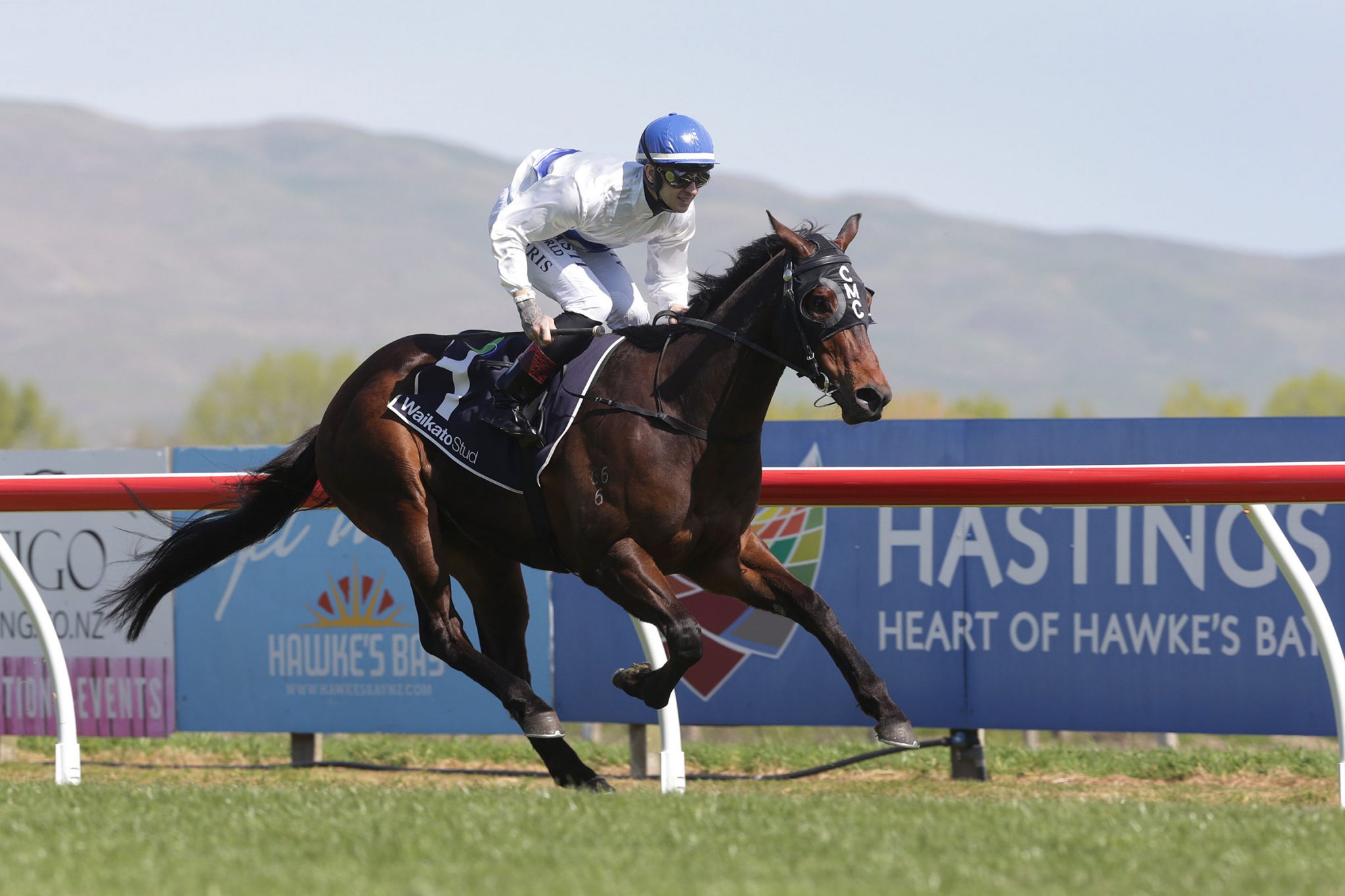 Tony Pike is looking forward to spring racing with his new acquisition Catalyst.

The rising five-year-old son of Darci Brahma won six of his 10 races for former trainer Clayton Chipperfield, five of which were at stakes level, including the Group 1 New Zealand 2000 Guineas (1600m).

He hasn’t raced since pulling up lame in the Group 2 The Shorts (1100m) at Randwick in September, with owner Dick Karreman and his racing manager Rick Williams electing to take a cautious approach with his return.

Catalyst joined Pike’s barn a couple of months ago and the Cambridge trainer has been pleased with what he has seen from the gelding so far.

“He has had a little break since he had an issue at the tail end of his last preparation, but he seems to be back to his best and hopefully he holds together for us heading into the spring,” Pike told Racing HQ.

“We have only had him for a couple of months now, but going through his form, 1400m up to a mile is going to be ideal for him.

“He is quite a brilliant horse with a lovely action and he settles pretty well in his races.”

Catalyst’s initial spring targets will lie in his homeland, with Pike eyeing some Australian assignments if he comes up well enough.

“He is going to have a barrier trial here on August 3,” Pike said. “He will trial again on the 17th of August. He will likely have two runs here in New Zealand in the Foxbridge Plate (Group 2, 1200m) and the Tarzino Trophy, the 1400m Group One at Hawke’s Bay.

“If we think we have got him back to his best there are two options for him, one is Sydney or else there are a couple of nice races in Melbourne, like the Toorak (Group 1, 1600m).”

Pike is also looking to Australia with exciting juvenile Tutukaka, who will head to Melbourne this spring with his ultimate aim being the Group 1 Victoria Derby (2500m).

The Tavistock gelding had a pleasing two-year-old campaign, placing in his first three starts, including the Listed The Phoenix (1500m) at Eagle Farm, before winning the Listed Tattersall’s Life Member Stakes (1830m) at the Brisbane track.

He has since returned to New Zealand for a short break before returning to Pike’s Cambridge barn next week in preparation for the spring.

“He is out at the spelling farm at the moment, he is due back in at the stables on Monday,” Pike said.

“The spring comes around pretty quick in Melbourne, so he was only going to have a two-and-a-half-week break before getting ready.

“We have mapped out a rough programme for him heading into Melbourne, with his first run likely to be in the Exford Plate (Listed, 1400m) on the 11th of September.

“I am really happy with the way he has come home. A trip like that is really going to make a man of him going into the spring and I am definitely not concerned about getting him up to the Derby distances.”

Pike is also excited about the prospects of a couple of other youngsters in his barn ahead of next season.

“They are probably our nicest bunch of young horses heading into the spring,” Pike said.

“We will probably stay here for our Guineas races, but we would like to think we could get a few to Sydney in the autumn.

“I have got a really nice Not A Single Doubt colt called Doubtful Sound that I hold in pretty high regard. I have a few others that I think are up to stakes company.”