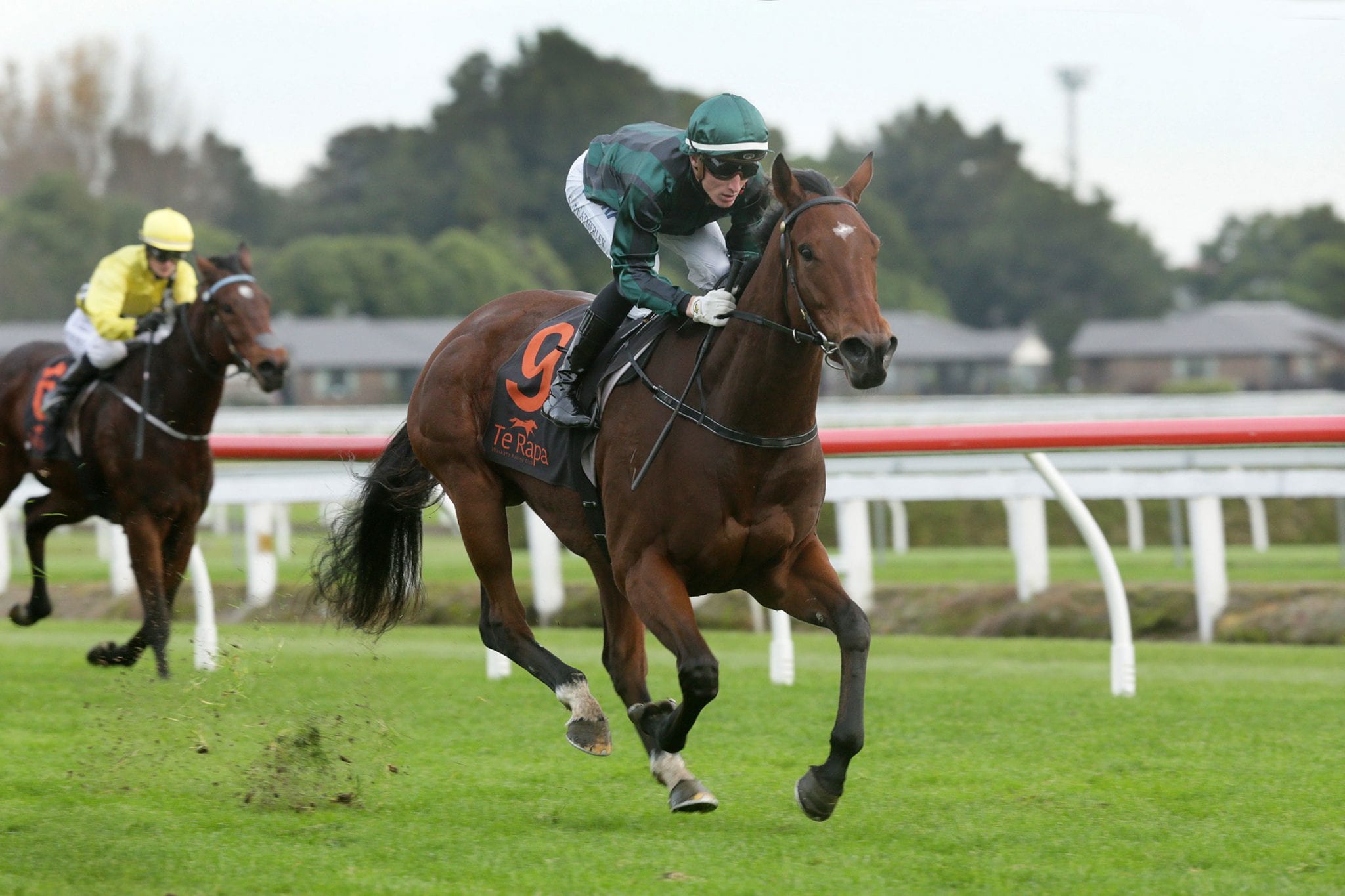 Francesca had impressed Baker in the early stages of her development but was set aside after two eye-catching runs in August last year to allow her to develop into her imposing frame.

That appears to have been an inspired decision as she has now won three of her four starts since resuming in April, with her five-length demolition of a tidy rating 74 field over 1400m on Saturday indicating she is a stakes winner in waiting.

“We always thought she was a promising filly, but she was too weak to really finish things off in her first couple of runs last year,” Baker said.

“We put her away for a decent break and let her strengthen up as she just needed that time to grow into herself.

“She has come back a much stronger individual and that shows in the way she has won three of her four starts in this prep.

“I think she is going to be even better in the spring so she will probably have one more start and then we will put her aside again.”

Baker was pleased to get the win for McCarthy who has been a strong supporter of the stable for a number of years.

“Greg has been with the stable for a lot of years now and we’ve trained a number of winners for him,” Baker said.

“I think it started off with Sabbatical, who was a very handy mare, while we also prepared Aretha who won twice at stakes level and was runner-up in the Sires’ Produce Stakes (Group 1, 1400m) at Awapuni.

“He might have another smart one on his hands with this filly.”

Bred by McCarthy, Francesca is out of High Chapparal mare Matagouri, a granddaughter of Sabbatical.

McCarthy is also enjoying a purple patch with the stock of former Haunui Farm shuttle stallion Iffraaj, having bred and retained a share in unbeaten Melbourne galloper Ayrton (NZ) who is currently the favourite for next months’ Group 1 Stradbroke Handicap (1400m) in Brisbane.

Baker and Forsman will also be represented in Queensland with last start Group 2 Chairman’s Quality (2600m) winner Quick Thinker set to contest the Group 3 Lord Mayor’s Cup (1800m) at Eagle Farm next weekend off the back of running fourth in a 1030m trial at Rosehill.

“Quick Thinker had a nice trial at Rosehill last Friday and we will be taking him up to Brisbane for the Lord Mayor’s Cup on Saturday,” Baker said.

“He has done well since he last raced but he needs it wet, so we are hoping they get some rain up in Brisbane during the week.”

Back at home Baker was delighted to witness the success of the first racemeeting on the new synthetic track at Cambridge during the week as he looks forward to next season with a promising team of younger horses.

“I thought it was a big success on Wednesday and that track is going to be good for the entire industry,” he said.

“It played very fairly and will encourage people to keep their horses in work to race over the winter, while as trainers we will see the benefits as we try and get horses ready for the spring and summer.

“We have lost a few from the stable like Star Tsar who has been retired, but we also have a big team of young horses coming through.

“I think we only raced three two-year-olds this season, so we have a lot of talent in the ones who didn’t get to the track this time in.

“We also have our established performers like Robusto, who is likely to be served but race on in the spring, while True Enough is still spelling but we hope to have him back for next season as well.

“When you add in horses like Aegon and Turn The Ace, who won a stakes race at Te Rapa this month then we have some very nice ammunition for the spring.”